The arms trade criss-crosses the Sahel region. To the north highly organised networks of traffickers operate. On the opposite bank the local intermediaries come into play.

The Niger River is over four thousand kilometres long. It is an impressive current of fresh water which, from the Loma Mountains, on the border between Sierra Leone and Guinea, to the Gulf of Guinea, carries with it ancient territorial disputes, tribal tensions, Jihadist movements and illegal trafficking. Among these, one of the most lucrative is the trafficking of light arms which literally exploded in Sahel and in West Africa at the outbreak of the Arab Spring in 2011. 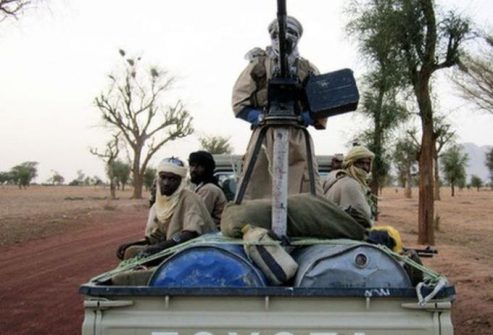 Assaults on the arsenals of Colonel Gaddafi in Libya have moved considerable amounts of arms towards the south, especially those of medium and small calibre.
The dossier entitled The West Africa-Sahel Connection, compiled recently by the Small Arms Survey observers based in Geneva, has mapped the flow of arms, indicating the most frequently used routes, giving details of confiscations, the institutional and military sources and, especially, showing the deep sources which, ‘from within’, have provided information useful for reconstructing the method used by the smugglers.

The rules of contraband
In Sahel and all of West Africa, the ‘nature’ of arms trafficking changes as it moves south of the River Niger. Towards the north, highly organised networks of traffickers are operating who are capable of moving large quantities of arms. Along the opposite bank the local intermediaries who see to the sorting of the loads come into play.
The movements are facilitated by a series of problems endemic to these lands: porous borders, corruption established within the security forces, smouldering crises that constantly burst into flame and spread, increasing the requests for arms. Apart from these elements, the lack of controls causes the addition of other legal and illegal commerce, while the arms ‘disappear’ in the traditional black market through the same channels used for drugs, human beings, rare species, ivory and gold. 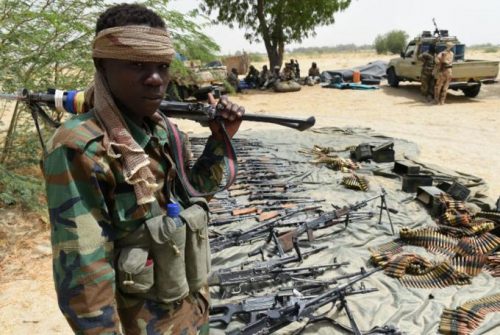 “When the loads are small, the customers finance the transport and provide the drug merchants with the cash necessary to pay the bribes at road blocks and gain access to the frontier”, Matthias Nowak, an investigator of the commentator Small Arms Survey explains to SouthWorld. “Motor cycles are used to transport the goods as they can travel more easily through the forests and cross where the border is unsupervised. There are also more complicated networks connected to trans-national crime, among tribal groups such as the Tebu between the south of Libya and the north of Niger, or separatist formations as is the case in Mali. These people are capable of providing huge quantities of arms anywhere from the desert to the Atlantic Ocean”.

Niger and Mali the main Centres
For larger quantities of contraband, the main centre is Niger. Converted blank-firing pistols made in Turkey, smooth-barrelled and AK assault rifles enter the country from the south west of Libya through Salvador Pass, located to the north-west of Madama, in the region of Agadez. Even though, in recent years, the increased concentration of French and US forces in the area has forced the smugglers to opt for alternative routes that cross the south of Algeria, once the loads are in Niger, they proceed towards Mali, or farther south towards Burkina Faso and Nigeria. The more frequented routes are shared between the Tebu, in the region of Kawar, and the Tuareg in the region of Tahoua. 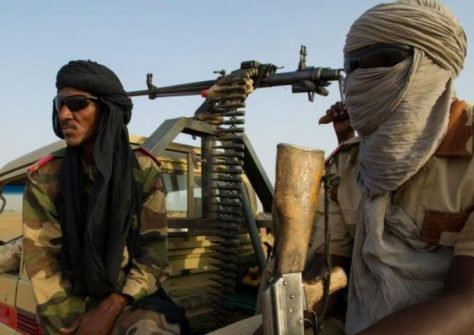 Once the arms arrive in Mali, they circulate especially between the cities of Mopti, Gao, Kidal and Timbuktu, where the trading still goes on apace despite the massive presence of the French military in the area of the operations Serval and Barkhane, and of the United Nations MINUSMA (Multidimensional Integrated Stabilization Mission in Mali). One of the emerging routes passes through the south-east border of Mauritania; it originates both in the Senegalese city of Bakel and in Eastern Sahara, stopping in Mali where it passes through the city of Foïta. Other Malian hubs are Koygma, Ber, Lerneb, Raz El Ma and Gossi in the regions of Timbuktu and Taoudeni; in Khalil, I-n-Afarak, Talhandak, Tin-Essako and Anefif in the regions of Ménaka and Gao. At this point, it is the groups affiliated to the Coordination of Azawad Movements and to the Platform of armed groups: both subjects involved in the complicated process of pacifying the country, but which have no intention of laying down their arms.

The incursions of Boko Haram
Contexts such as these are fertile ground for the sorties of Jihadist groups operating under the umbrella of al-Qaida or of the province of Islamic State in east Africa. In recent years, its main beneficiary has been Boko Haram. The Nigerian group has exploited the attacks aimed at the military bases of the Abuja army and the Multinational Joint Task Force (MNJTF, made up by Nigeria, Niger, Cameroon and Chad, as well as Benin) for supplies of Chinese-manufactured arms (automatic rifles 56 and 56-1 and machine guns 80), Russian AKs, Bulgarian and Chinese RPG launchers, anti-aircraft defences mountable on pickups, and various types of ammunition.

How can the phenomenon be halted?
To counter the phenomenon, various UN departments – Interpol, WCO (World Customs Organisation) – and NGOs involved in de-mining and disarmament have mobilised internationally, while at continental level there have been interventions by the African Union and ECOWAS (Economic Community of West African States). However, attempts to keep track of arms in circulation and prevent the sacking of military structures have been fruitless. 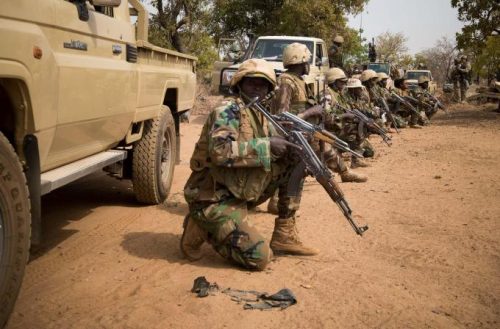 They will continue to be so as long as the military, themselves, keep opening the doors of their arsenals in exchange for bribes. This has happened in the past in countries like Guinea-Bissau where it was the heads of the local armed forces who supplied the separatist rebellions in the region of Casamance in the south of Senegal. It is happening today in Mali, Nigeria and wherever the ‘engagement conditions’ proposed by the smugglers are more advantageous than the meagre salaries paid irregularly by governments. “Formation is fundamental”, Matthias Nowak affirms. “But so is a larger presence of the institutions that should guarantee better services to the communities they govern”. 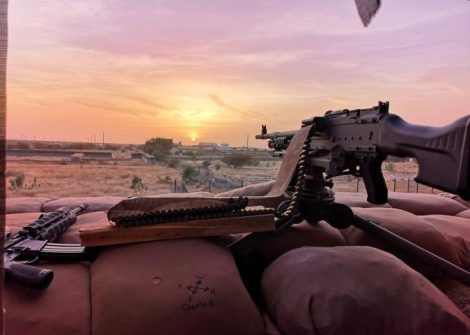 On the other hand, it is only by making the systems of governance more efficient and transparent and by bettering the standard of living of the population, that any new hotbeds of crisis may be nipped in the bud, and the demand for arms be reduced. This would bring a halt to this and other illegal trafficking between the Sahel and the coast of West Africa that has had a free hand up to now.