The Senegal River is a main source of life and prosperity for three West-African countries. But its vital role is put in jeopardy by a number of threats.

The 1,641 km-long Senegal River, which has two headstreams in the Fouta Djalon highlands of Guinea and one in Mali, is vital for the four countries of its basin: Guinea Mali, Mauritania and the country which bears its name. Over 60% of the drink water in the capital of Senegal, Dakar, comes from the Senegal River. The proportion reaches 100% in the capital of Mauritania, Nouakchott and for the World Heritage city of Saint Louisa at the mouth of the river. Infrastructure that has been built and is managed by the Senegal River Basin Development Organization OMVS provides over 350,000 hectares of potential irrigable lands. The best land agricultural is found in the alluvial valley of the river between Bakel and Dagana. 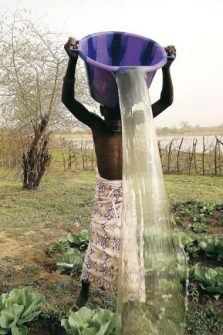 Millet, rice, and vegetables mature quickly on the banks where the floods retreat each year. At Richard-Toll, sugarcane is produced on large irrigated estates. A large proportion of the waters channelled to the above-mentioned city come from the Diama dam 500 million cubic meters reservoir, located at 40 km upstream from Saint-Louis, which permits floodwaters to pass through it sluice gates while preventing the encroachment of salt water. The other source is the Manantali dam, in Mali, which stores about 11 billion cubic meters of water. The nearby Manantali 200 MW hydropower station is the main one in the region and, supplies 55 percent of its electricity to Mali, while the rest is equally shared between Mauritania and Senegal. 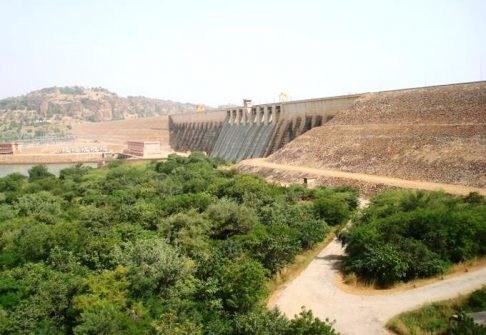 At the same time, the Senegal River is under serious strain. Climate change is likely to affect severely on the river basin, warns climatologist Lamine Diop from the Saint-Louis-based Gaston Berger University. Projections for the 2050 horizon show indeed a decrease of annual streamflow ranging between 8% and 16% compared with the 1971-2000 reference period. Such decrease could have a significant negative impact on the rice cropping systems. Already this year, Senegal is experiencing a third severe drought in six years, after 2011 and 2014, leaving a quarter of a million people food insecure in the districts of Podor, Kanel and Matam, along the Senegal River. In the district of Podor, rains in 2017 decreased by 66% compared to the previous year. After a field visit last May, the World Food Programme staff warned about worsening hunger and malnutrition conditions. Since the river level did not rise, peasants could not plant along the banks of the river.
Another problem derives from an unintended consequence of the construction of the Diama dam, explains the former OMVS High Commissioner, Kabiné Komara. After the dam was built, typhus invasive plants proliferated in the river delta and covered an area of more than 50,000 ha. Typha does not only absorb as much water as rice for the equivalent surfaces. The proliferation of typha also prevented access to the water of the population and disturbed fishing activities. Accordingly, there have been however attempts to face the challenge. On the one hand, the OMVS has tried bio control techniques first tested in South Africa and also the drying up of some areas by erecting embankments 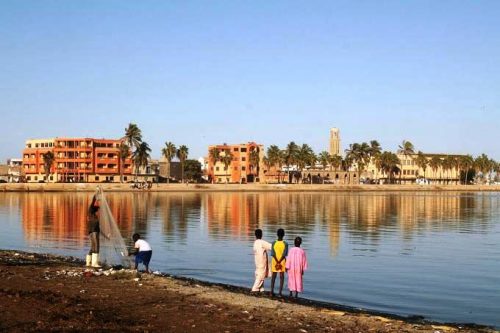 At the mouth of the Senegal River, man-made changes have also provoked serious problems. The mouth of the river has been deflected southward by the offshore Canary Current and by trade winds from the north.  The result has been the formation of a long sands pit, the Barbary Tongue. Yet, the digging of a channel on the Barbary Tongue led to an ecological disaster.  According to the UN’s Habitat Agency, Senegal’s World Heritage historic city, Saint-Louis is “the city most threatened by rising sea levels in the whole of Africa” with a combination of climate change and a disastrous anti-flood measure, as the main perpetrators. 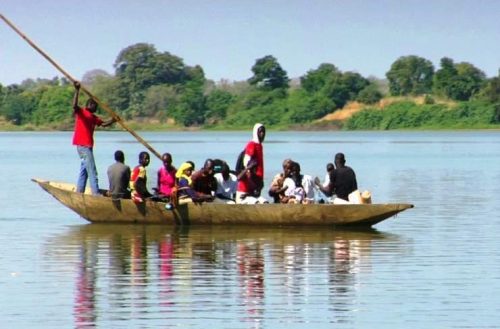 In 2003, fearing particularly heavy floods which might have destroyed Saint Louis, the Senegalese government decided to build a four meters wide emergency channel straight from the river to the Atlantic Ocean through the sands pit, to evacuate the water. But the emergency channel opened the door for the voracious Atlantic. And the channel, invaded by the ocean waters, expanded up to 6km in width, submerging everything on its way, destroying several fishermen villages. Moreover, at the end of the day, the rising sea levels and the ever-widening breach has exposed the once-protected Saint-Louis to the wrath of the Atlantic. Beyond that, the salt water from the Atlantic flooded into coastal wetlands, killing mangroves, and affecting both flora and fauna.  The infiltration of Atlantic water in the Senegal River increased salt levels and agricultural tracts near the mouth of the river have gone fallow. In an effort to cope with the disaster, Senegal hired a French construction company to build an embankment that will shield coastal homes from the ocean. Both France and the World Bank have joined efforts to protect Saint Louis from coastal erosion. But much damage has been already been done. (F.M.)