China not has only reached 62% of the mineral production, around 90% of its overall subsequent refinement and 36,6% of world reserves of rare-earth elements. Chinese strategy for the control of rare metals has historically shown itself successful from the economic and geopolitical viewpoints. Somewhat less fiscally and environmentally.

1975-1990: how it started? China has been exporting products derived from processing rare-earth minerals since 1975, though in rather small quantities (150 tons). However, after a few years, in the early eighties, both Japan and the United States increased imports considerably. By 1985, Chinese production of chlorides and mixed oxides had increased to 10,000 tons per annum.
The Chinese government, through the National Rare-Earth Development and Application Leading Group, from 1975 to 1990, worked to encourage the development of the nascent mineral industry, especially exports. Exports then qualified for the refund of export duties which further stimulated production. Between 1985 and 1990, production almost doubled from 8,500 to 16,500 tons, with an annual increase of 14%.During this phase, on account of the strong competition between the large number of Chinese producers, prices fell drastically despite an increase in demand. Problems quickly ensued and illegal production became commonplace. Consequently, illegal products were added to the market (at lower prices and avoiding taxes while ignoring environmental standards). All this contributed to the lowering of prices. 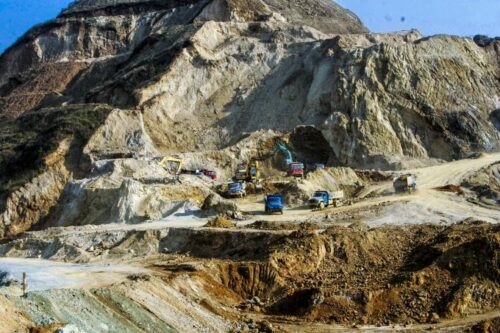 1991-1998: a totally Chinese niche. With the boom in the high-tech industry of the nineties, the Chinese government became aware of the importance of the advantage accumulated over the years in the processing of rare-earth minerals. The strategy of the People’s Republic then sought to exclude foreign investors from the sector and exercised rigid control over the issue of mining rights to companies. Only those most qualified and capable of following government norms would be given a free hand to mine and export rare-earth minerals. Furthermore, in 1991, China declared ion clays to be ‘minerals whose use is in the national interest’.  In this way it created an exclusive supply channel reserved only for state mining companies and a few others which became large multinationals close to the government of Peking. 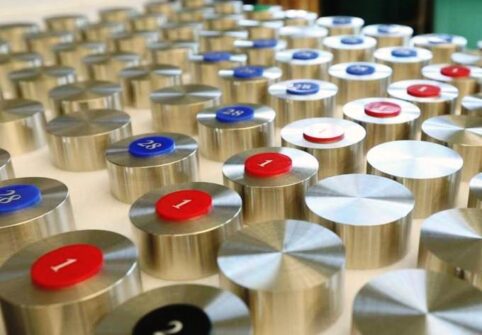 Despite numerous restrictions, during this phase the largest increase in overall production occurred (65,000 tons in 1998) with an annual increase of 22%. However, the government measures did not succeed in eliminating the phenomenon of illegal mining in southern China, a problem that exists to this day.
Numerous studies have sought to quantify the illegal component of rare-earth mining in China. Most of them estimate that abusive production since the year 2000 has ranged from 30% to 50% of the legal total registered and placed on the market by the Chinese government. With reference to the lateritic clay quarries (containing rare-earth minerals) it is calculated that illegal activity amounts to 40% of regulated extraction.
Those illegal businesses have an extremely significant impact on economy and ecology: they cause large-scale tax evasion as well as considerable environmental damage.
There is also an aspect of waste and mismanagement of natural resources: illegal mining, in general, extracts only high-quality reserves from the mines and then abandon them. 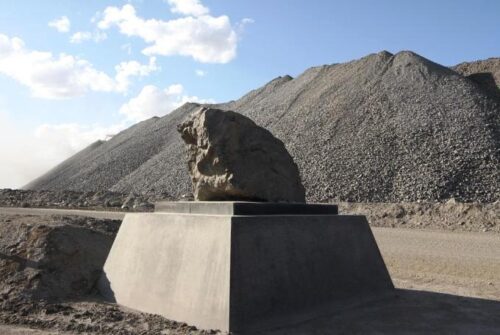 1999-2009: protect the environment or the rare-earth minerals market? During the first years of the twenty-first century, rare-earth minerals came into their own, on a par with other productions, within the contrasts that characterise Chinese economic growth. For the Chinese government, economic growth dominated politics at least until the end of the millennium. Nevertheless, the problems of environmental sustainability were known (partly due to uncontrolled illegal mining). Peking then introduced export quotas (even a reduction of 40%, in 2009), production ceilings, and export duties. It then placed further restrictions on foreign investment in rare metals. It explained that the manoeuvre was required ‘for reasons of environmental protection and policies for the protection of the country’s natural resources’. 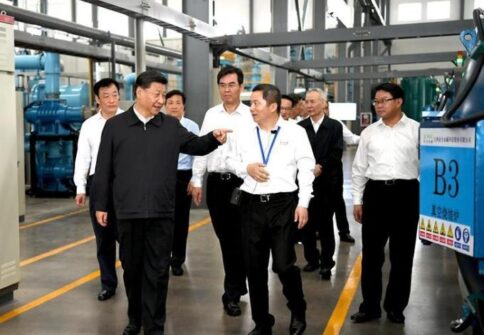 2010-2018: international controversies and an atmosphere of tension.  The Peking government justified the increased restrictions commenced in 2005 by the need to protect ecosystems. However, diplomatically, for many, the real reason was a contentious (as yet unresolved) dispute with Japan. At the core of the dispute is sovereignty over the Senkaku islands (and the vast petroleum deposits in the surrounding waters). At first, the question involved only the island nation but then widened to include Europe and the United States as well. A reduction of Chinese supplies would have endangered, if not wholly paralysed, the high-tech industry in these countries. Meanwhile, rare-earth mineral prices had risen by 300%, with peaks as high as 4000%. The controversy was resolved by the WTO which recognised that China had violated international law. But it was not until December 2014 that the Peking government removed export limits, normalising the situation.
The international community nevertheless launched a series of initiatives to reduce chronic dependence on Chinese rare-earth minerals. The European Union, which cannot rely on new deposits, is seeking to establish accords with alternative trusted producers.
More recently, to boot, the United States tried to distance itself from Peking. The question originated when China threatened reactions due to the economic war launched by the US. The possibility of a break in the supply chain of the electronic industry gave rise in the USA to the emergence of the need to invest heavily in research and the development of alternative materials to rare-earth minerals. 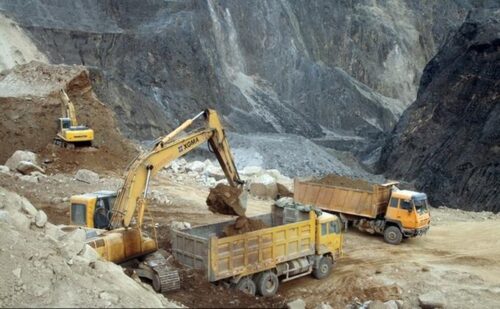 A machine extracts rare-earth materials at the Bayan Obo mine in Inner Mongolia, China. (Photo/VCG).

China and rare-earth minerals today: consolidated leadership? The economic and geopolitical affairs involving China and its strategy and control of rare-earth minerals are therefore many. Nevertheless, it is believed that Peking will probably succeed in maintaining its leadership of the market, for two reasons in particular.
Firstly, even after 2018, the silent Chinese tactics for the monopoly of rare-earth minerals does not seem to have changed. Increasingly severe norms for mining and exporting minerals, as well as a reduction in production are still the basis of the government programme. In this way, Peking has a hold over a large part of the large hi-tech companies. This means that prices rise and any reason is sufficient for reducing exports (like at present, due to transport difficulties caused by the pandemic).
The second reason is that, even though they are not ‘rare’, as the name would suggest, the work of mining and processing these elements is very expensive. Most of all, it is complex and not easily replicated. In other words, China can depend upon incalculable expertise. “The rare-earth elements are peculiar in that their deposits were formed in a completely different way.
Therefore, the mining methods cannot be replicated or exported to other countries”, explained Rodrìguez-Blanco, a geologist and professor of micro-mineralogy at Trinity College Dublin. “An example: the manner of separating the minerals at the Bayan Obo sites in Mongolia would be completely useless in an Australian or African quarry”.