More than one year has already passed since a large amount of ammonium nitrate stored at the Port of Beirut in the capital city of Lebanon exploded causing hundreds of deaths and leaving thousands wounded.  The investigations have produced no result. Political and economic instability has brought the country to the brink of collapse.

Lebanon celebrated the centenary of “Greater Lebanon” in September 2020, a hundred years after the declaration of the “State of Greater Lebanon.” Its political system was based on the so-called National Pact, which guaranteed the rights of all Lebanese through a system of equal rights and duties between Christians and Muslims.
This charter formed a basic foundation for building the Lebanese state on democratic foundations that contributed to Lebanon’s prosperity in the sixties of the last century, to the extent that it was called the “Switzerland of the East”. 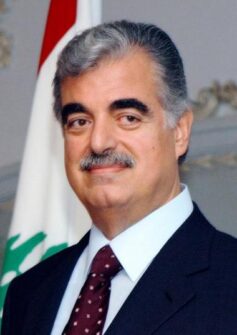 The country enjoyed moderate peace and distinguished relations with the West and the Middle East, to the extent that Lebanon formed a link between East and West.
However, after the outbreak of the Israeli-Palestinian conflict, a large number of Palestinians sought refuge in Lebanon in 1948, and after the Cairo Agreement, on 2 November 1969. (The agreement established principles under which the presence and activities of Palestinian guerrillas in south-eastern Lebanon would be tolerated and regulated by the Lebanese authorities), Lebanon lost its role as a neutral and mediator country.
The outbreak of a civil war in 1975 that lasted for thirty years that led to a sectarian conflict which undoubtedly weakened the Christians and forced many of them to emigrate, was ended by the so-called “Taif Agreement” after which a large part of the power of the President of the Republic was given to the Prime Minister.  A “Troika” system was introduced which, instead of having a President of the Republic, the country  has now  “Three Presidents”.
After the “Taif Agreement”, Elias Hrawi was elected president. He restored the state’s institutions after the civil war, but in our opinion, he made a big mistake when he signed the naturalization decree set by the then Prime Minister Rafic Hariri, by which more than five hundred thousand non-Lebanese Muslims were naturalized, compared to a few thousand Christians, which caused a sectarian imbalance. We are still paying the price for this even today.
On the other hand, Lebanon suffered from the Israeli occupation of southern Lebanon, which ended in the year 2000 under pressure from the Islamic resistance led by the Lebanese Hezbollah, which had Iranian support and internal influence because of its resistance to Israel and its plans. It also possessed weapons that the state and successive governments tried to use after the year 2000 to develop a defensive strategy for Lebanon including Hezbollah’s weapons. 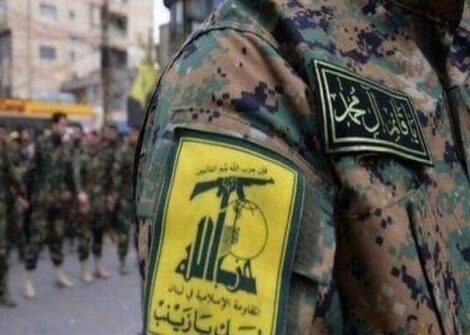 However, this matter has not been achieved until today, and accordingly, these weapons have become an excess of power in Lebanese society in which Hezbollah has tightened its grip on the centres of power. It is undoubtedly the main player today in the political arena in Lebanon; it has plunged Lebanon into regional and international conflicts because of its direct association with Iran, which caused Lebanon to be regarded with apathy by the Gulf States that were originally its supporters.
This is what prompted the Maronite Patriarch Bechara Al-Rai to launch a memorandum entitled “Lebanon’s Neutrality” that was supported by most of the Lebanese, with the exception of Hezbollah and those in their orbit. After this quick look at the stages of events over a hundred years, we can see that Lebanon today faces the danger of the collapse of the Lebanese entity and the change of Lebanon’s identity as a country whose system is based on democracy. Lebanon “The Message” as Pope John Paul II called it, faces the danger of demise so that there can be a great international settlement in the Middle East, at the expense of Lebanon and its families and people, who are suffering financial and economic distress today as a result of the mistaken policies that Lebanon adopted either intentionally or unintentionally, resulting in the weakening of the foundations of the state. In short, Lebanon today faces a crisis of existence, even a crisis of entity and identity.

Economic situation
undoubtedly, the economic situation was affected by the failed and dependent state policy, and what made matters more complicated” was the so-called “civil movement” or “revolution” that was launched in October 2019 and revealed the extent of corruption in state administrators and political officials who smuggled their money abroad. This revolution would have succeeded if it had been organized, coherent and with clear aims, but unfortunately, it was isolated by politicians. 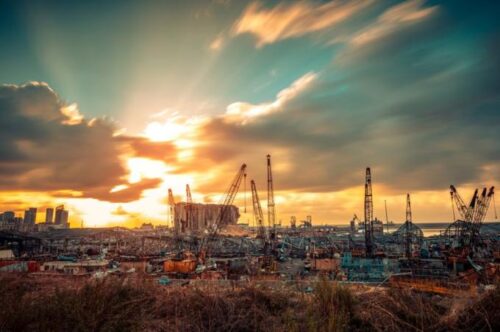 Among the causes that contributed to the economic hardship, the hardest and worst event was the  ”Beirut Explosion” which destroyed half of the capital, resulting in more than two hundred dead, six thousand wounded and the destruction of more than fifty thousand housing units, as well as destroying and disrupting the port’s movement.
The worst of all of this is that a year and three months have passed since the explosion of the port, and the investigations have not reached any result. On the contrary, political officials are trying to obstruct the investigation for fear of the ugly truth that was the result of their neglect, corruption and systematic destruction of all state institutions.
What made the situation worse was the rise in the value of the US dollar against the Lebanese pound, which collapsed rapidly, with a negative impact on the Lebanese citizens who suffer from the high prices of foodstuffs, and the scarcity of gasoline, as well as the shortage of medicines that are expensive, especially “those related to incurable diseases”. There is also a hospital crisis, as hospitalization has become a monopoly for the rich and the affluent, while the poor class now has more than 80% of the Lebanese people. 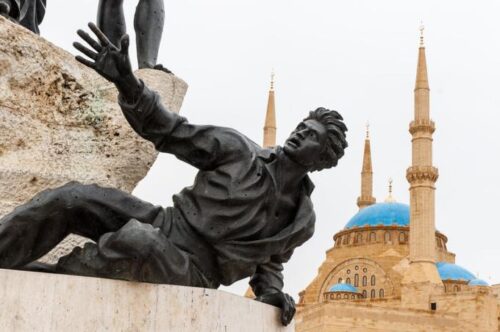 The monument of the martyrs, heroes of lebanese independence, near the mohammad al amin mosque in the centre of Beirut. Photo: © Can Stock Photo / dinosmichail

With the beginning of the new school year 2021/2022, schools are suffering from an education crisis due to the global Corona crisis. In addition to the Corona pandemic, there is a transportation crisis and that the cost of student transport amounts to double the school premium. Those with three school-going children, for example, must pay more than half a monthly pension for transport to secure their children’s access to school. We have not yet mentioned fair payment for teachers, commensurate, albeit in a limited way, with the rate of wage increase, and all of this will affect the parents through increased school fees.
One of the major crises in Lebanon is the electricity crisis, a crisis that cost Lebanon $40 billion, and has not ended yet due to the insistence of those responsible for this crisis on doing business and becoming wealthy by buying fuel without making any progress in building electricity generating plants. As a result of this corrupt politics, Lebanon has reached total darkness, where we have become a reality in hell.
In conclusion, we are in a country whose rulers do not respect its people, a country mired in corruption, a country that is collapsing thanks to its political leaders, in which there is no water, no electricity, no medicine or hospitalization, and not even the minimum necessities of life. (A.K.)