Clouds appear on the horizon in Sahel and forthcoming elections in several parts of the continent may contribute alongside with
the economic crisis aggravated by the Covid 19 pandemic
to raise tensions.

The deteriorating security situation in the Sahel region and more particularly in Burkina Faso, Mali and Niger is the main concern in West Africa. The challenge for the region and the international community is considerable, even if one considers only the humanitarian situation. According to the UNHCR the number of people internally displaced in the three above-mentioned countries increased from nearly 300,000 in 2018 to almost two million by mid-2020. During 2021, a number of other time-bombs will continue ticking. One is the upsurge in bloody interethnic conflicts exploited by the jihadists. The second is the economic decline caused by increased insecurity and the spread of the COVID-19 pandemic. And the third is the recession of Lake Chad which exacerbates tensions between the riparian communities.
A presidential election is scheduled in Benin in February 2021. For the first time, there are fears that the race may not be free and fair in this country which has been seen since 1990 as a paragon of democracy
in West Africa. 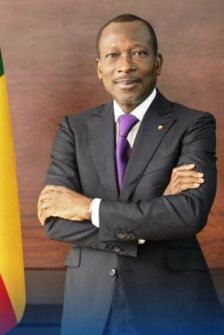 The problem is not so much a risk of rigging the election but rather an impossibility for the challengers of the incumbent, President Patrice Talon, to run against him. The roman catholic bishops conference called specifically for inclusive elections on the 21 October to warn against a controversial system of sponsorship of the candidates who need the support of at least 16 MPs or mayors to be able to run. This quota is difficult to meet since opposition parties were not allowed to present their lists at the last parliament elections in 2019 and they boycotted the local elections in April 2020. The risk is that Talon may find himself as the sole candidate unless the President’s supporters approve another candidate of their choice to allow a pluralistic election. The main opponents may not be able to run since several have been sentenced to prison by courts who are suspected to have been politically biased. In Cape Verde, a new president will replace the incumbent, Jorge Carlos Fonseca whose second and last mandate expires on the 20 October 2021. The former Prime Minister Carlos Veiga who belongs like Fonseca to the ruling Movement for Democracy has announced that he will run for a third time. Against him, the main opposition party, the African Party for the Independence of Cape Verde is likely to present a candidate. Despite speculations that he might use the coronavirus pandemic as an excuse to postpone it, the Gambian President Adama Barrow assured in his State of the Nation address of the 18 September 2020 that the presidential election would take place as scheduled on the 4 December 2021. After a draft constitutional bill that was supposed to be submitted to a national referendum was defeated in the National Assembly, it seems that President Adama Barrow should run again for a third term. The defeated bill was setting indeed a presidential two terms limit. In East Africa, Somalia will hold presidential elections on the next 8 February since the collapse of Siad Barre’s Somali Democratic Republic in 1991, after an agreement between President Mohamed Abdullahi Farmajo’s Mogadishu-based Federal Government of Somalia and the Federal Member States to hold the ballot.
The deal also stipulates the formation of a national conflict resolution committee to settle electoral disputes. 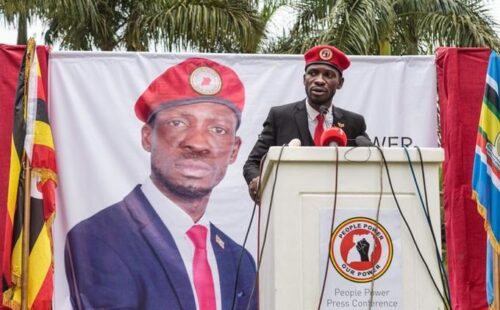 Bobi Wine to run for Uganda president in the February general elections. (AFP)

In Uganda, the presidential election will take place on the next 14 January 2021. Eleven candidates are running, including the incumbent president Yoweri Museveni. His main contender is 38 year-old music pop star Bobi Wine, whose real name is Robert Kyagulanyi. The other aspirants for the top job are former army commander General Mugisha Muntu, former Security Minister General Henry Tumukunde, Norbert Mao, Joseph Kabuleta Kiiza, Patrick Amuriat Oboi, Fred Mwesigye, Willy Mayambala, John Katumba and one lady, Nancy Kalembe. The campaign should not be easy for the challengers. Bobi Wine was arrested briefly on the 3 November 2020 amid violent scuffles between police and his supporters while Patrick Amuriat was arrested at the headquarters of his Forum for Democratic Change party after accusations that he defied restrictions on the number of supporters accompanying him to the electoral commission where he submitted his nomination. 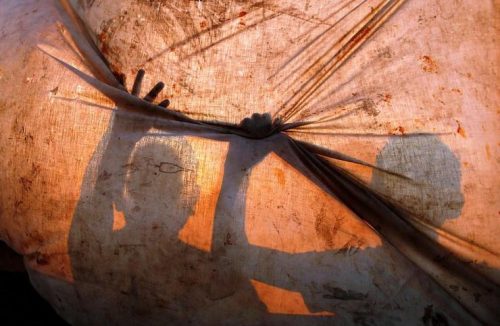 In Central Africa region, 2021 will also be a crucial year in the Central African Republic. Indeed, it may take several days before the results of the first round of the Presidential election and of the legislative elections, held on the 27 December 2020 are known. If necessary, the second round will be held on the 14 February 2021 and the new President, should be sworn in on the 30 March 2021. The question is whether the ballot can be credible in a country where two thirds of the territory are in the hands of 14 rebel groups or more.
One of the rivals of the incumbent President, 63 year-old Faustin-Archange Touadéra, the chairman of the Christian Democratic Party, Aristide Reboas, complained in October about the confusion in the registration of voters. Some voters were missing indeed on the lists. Ten other candidates have announced plans to run, including former Presidents, Gen. François Bozize and Catherine Samba-Panza and former Prime Ministers Anicet Dologuélé and Martin Ziguélé.
During the second semester 2021, a presidential election is also due in São Tomé e Príncipe. The main competitors are expected to be the incumbent, Evaristo Carvalho and the leader of the main opposition party, Patrice Trovoada, Ação Democrática independente which has currently 25 seats in the national assembly out of 55.
In Chad, on the 11 April, President Idriss Déby will try to be re-elected for a sixth mandate, whereas the first parliament elections since 2011 is scheduled for the 24 October. 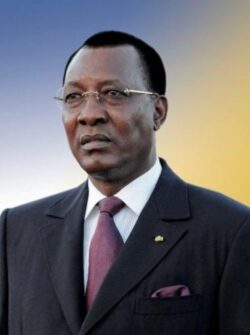 The latter have been postponed several times for a variety of reasons including growing jihadist activity by Boko Haram, the COVID-19 pandemic, the refugee crisis and an insurgency in the north. The fall of the oil price which increased the domestic financial crisis has created a context which could favour the opposition if it stands united. So far, it has been fragmented but the chairman of the National Union for Democracy and Renewal Saleh Kebzabo is actively promoting the idea of a single opposition candidate.
In many African countries the government is planning severe budget cuts for 2021. A case in point is the Democratic Republic of Congo where the government has proposed a  23.2% decrease compared with 2020, following instructions from the international Monetary Fund, which is considering the first formal loan program with Congo in eight years.
It remains to be seen whether the civil servants including the military will accept such sacrifice in a country where salaries are among the world’s lowest. In Southern Africa, all eyes will focus on Zambia where the incumbent President, 63 year-old Edgar Lungu is running for a second term. Presidential and parliament elections will be held on the 12 August 2021. The race looks tight since the opposition United Party for National Development (UPND) and small parties have formed an alliance against the ruling Patriotic Front. Five years ago, Lungu’s victory against his rival 58-year-old businessman Hakainde Hichilema, leader of the UPND, who is running for the sixth time, was indeed narrow. 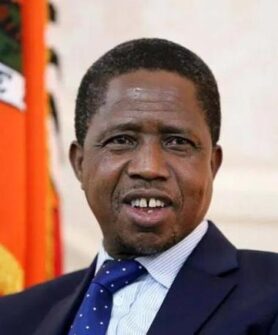 The coronavirus pandemic which contributed to depress copper prices has created a context of economic crisis in Zambia’s mining-heavy economy which could turn Lungu’s re-election difficult. But the President is trying to avert the scenario of his possible defeat with an attempt to amend the Constitution in order to enable the first candidate at the first round of the election to form a coalition with another candidate if none of the candidates gets more than 50% of the total votes cast before the second ballot. Last October the much-criticised amendment, known as Bill number 10, failed to garner the support of the mandatory two-thirds of Members of Parliament. It got 105 votes out of the required 111 votes. The opposition is also accusing Lungu to prepare a massive rigging by abolishing the current voters’ register and replacing it with a new one.