His songs criticise the government and corrupt politics. Young people listen to him and have elected him to parliament. A threat to President Museveni who tries to silence him.

It is Sunday and he is sitting in his garden wearing his red beret on his head, he is giving an interview to a national channel. Bobi Wine is furious with the government which is on his back all the time, threatens him and which, the night before, stopped him from performing at a music concert in Jinja, the second city of the country. What was supposed to be an evening of music, turned into a police raid: they broke into the hotel where he was supposed to lodge and arrested all the members of his group. He was not there. He was hiding in another hotel, thanks to the protection of his fans. “Now I’d be in jail again if some guys had not come to rescue me”, he says in front of the cameras. 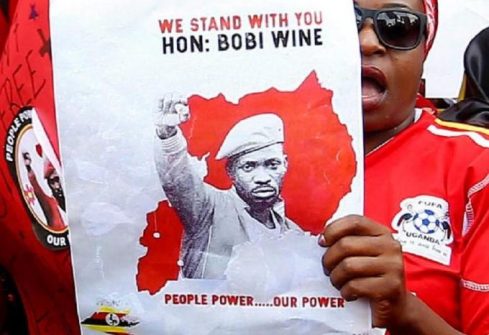 His real name is Robert Kyagulanyi Ssentamu, 37, one of the most internationally famous Ugandan singers. In April 2017, he announced his candidacy for parliament in an upcoming by-election for the Kyaddondo East Constituency. His house to house walk campaign attracted a lot of attention both, in Uganda and abroad. He won that contest by a wide margin, beating two seasoned candidates. But that victory marked the beginning of many problems.
There is a word that describes and sums up the essence of his struggle and his thought: Situka, a call to action in Luganda, a local language. ‘Situka’ means ‘Stand Up’ and is also the title of one of his songs, a socio-political song which challenges Ugandans to do something about corruption and injustice in their country. ‘When freedom of expression becomes the target of repression, opposition becomes our position’, says a passage of the text. 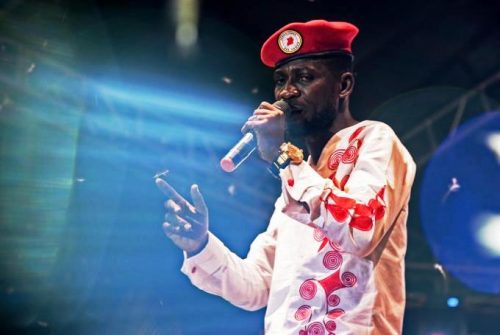 President Yoweri Museveni’s regime has targeted the musician-turned-politician who was arrested twice in August 2018. He was detained in Arua, where President Museveni, who has been in power since 1986, was campaigning. The authorities said opposition lawmakers led supporters to attack the president’s convoy with stones and added that weapons and ammunition were found in Bobi Wine’s hotel room. After being freed and told that charges of unlawfully possessing firearms were dropped by the General Court Martial, Bobi Wine was told by his lawyer that he was under arrest again and he was put into a police vehicle. He was remanded in custody until early September.
There were protests against his detention in Uganda and calls by global stars. His lawyers said he had been assaulted in detention, which the military and President Yoweri Museveni denied, and said he needed ‘urgent medical care’. The charges were widely viewed as politically motivated and aimed at silencing a prominent critic of the president.
But the brutality of the government did not have the desired effect, on the contrary, Bobbi Wine has become the idol of the Ugandan young people. He has urged the youth to prepare for the 2021 General Election in advance. He said the youth should register in time to get their national IDs to qualify as voters. He has also said that he wants to help young people have the spirit of ownership of their country.
“Right now, involvement is important. I just want to evoke the spirit of involvement, of ownership for these people to own their country, to give them more confidence so that they can actually stand up for what is right and they can be supported”, he said. Bobbi Wine  wants to be identified as a leader, not a politician. “I am not a politician, because the word ‘politician’ does not represent me. As a person, I grew up not wanting to associate myself with politics because I grew up in the era of bad politics, where politics meant trouble, meant death, meant division, meant all negative things”, he said

However, Bobbi Wine is paying a high price for his commitment. He had to change his lifestyle. The gate of his house which once  was kept open to everyone, is closed now. The musician and activist has suffered several attacks and death threats. “My family and supporters are in danger too. Every time I leave home my daughters hug me being aware that I could not be back. I cannot even perform as a musician since my concerts have been banned as my songs are from the country radio stations”, he says. 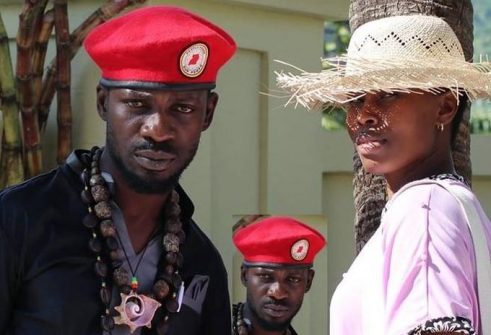 But the singer’s popularity continues to grow. “In a few years, the dictatorship of Museveni, Uganda’s biggest problem, will belong to the past. This is my hope”, he says .
Robert was able to escape poverty only thanks to his musical talent and he likes to reiterate that he still feels like any other person who was  born and raised on the outskirts of Kampala. “I have used music as a tool to convey messages of honesty and transparency in a country whose president keeps the population in poverty and ignorance. My music is not entertainment but ‘edutainment’ (a combination of entertainment and education). President Museveni is aware that education is a threat to injustice, to dictatorships”. 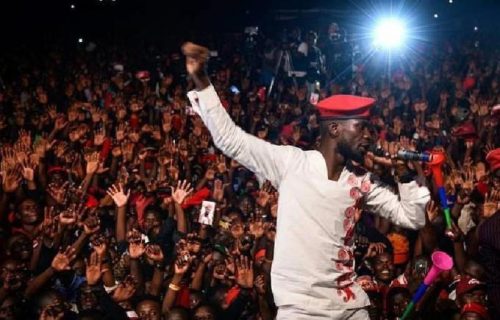 The government’s crackdown on opposers is making Bobi Wine’s red beret (which recalls  the one worn by Burkinabé leader, Thomas Sankara), a symbol of freedom. Writings, paintings and stickers such as ‘#Free Bobi Wine’, or his slogan ‘People Power, Our Power’, are everywhere in the country. People admire him, they want him as their next president: “He is our honour, our hope”, they say, although they are aware they are taking a huge risk by supporting Bobbi Wine and by standing against the country’s regime which is always ready to intervene with an iron fist.