The Coptic Church of Egypt and the Orthodox Church of Ethiopia are joining hands to incite the leaders of both countries to find a consensus on a fair settlement that preserves the interest of all riparian countries.

On the 4 September, the patriarch of the Egyptian Coptic Church, Tawadros II received a large delegation from the Ethiopian Orthodox Tewahedo Church led by Pope Abuna Yosef, the archbishop of Bale, including heads of monasteries, deacons, monks and nuns.
The aim of the meeting was to mend the gap between the governments of both countries about the construction of the 6000 MW and US $ 4.5 billion worth Great Ethiopian Renaissance Dam (GERD) on the blue Nile, which was started in 2011 by the Italian company Salini and which is the largest hydropower project in Africa.
The meeting follows the announcement, last August, by the Ethiopian Prime Minister Abiy Ahmed of the completion of the third phase of the filling of the GERD’s reservoir. According to the Ethiopian authorities, the dam is now holding 22 billion cubic meters of water, which represents about 30 percent of the planned capacity of 74 bn cubic meters which should provide a 6000 MW capacity of electricity by 2027. 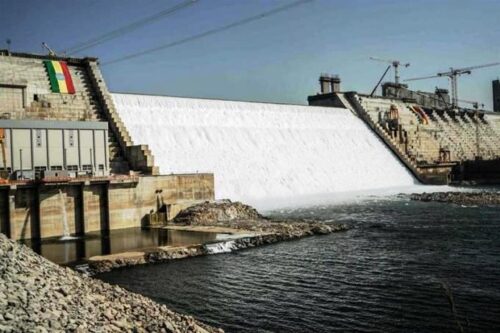 The Grand Ethiopian Renaissance Dam on the Blue Nile River in Guba,Ethiopia. AFP

However, the two downstream countries, Sudan and Egypt are complaining that these filling plans are implemented without their prior consent and continue their diplomatic efforts to get Ethiopia to sign a binding agreement on the filling and operation of the dam.
Egypt stresses that the Renaissance Dam could lead to a permanent lowering of the water level in Lake Nasser if floods are stored instead in Ethiopia. Accordingly, the filling of the Renaissance dam reservoir could mean also a 100 MW loss of the generating capacity of the Aswan Dam hydropower plant. Egyptian officials stress that the Nile River provides 97 percent of its edible water supply and that the filling of the GERD reservoir would affect considerably its supply since 85 percent of the waters of the Nile River come from the Blue Nile whose source is
on the Abyssinia highlands.
The Cairo authorities also point out that Ethiopia is ignoring the colonial agreements of 1929 and 1959 between Egypt and Britain. Egypt and Sudan consider that Ethiopia’s decision to proceed with filling the GERD reservoir is posing an ‘existential threat’.
The matter was taken in July 2021 to the UN Security Council which encouraged the three riparian states to negotiate and to reach an agreement under the aegis of the African Union. 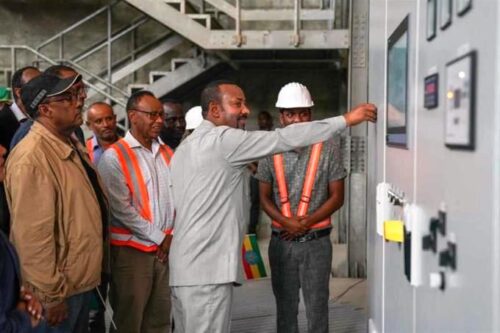 Ethiopia rejects the colonial Anglo-Egyptian deals since they did not take her interests into account. Ethiopia engineers and geographers also argue that the filling of the GERD reservoir on the temperate Ethiopian Highlands would have positive consequences since it will experience much less evaporation than downstream reservoirs such as Lake Nasser in Egypt, which loses 12% of its water flow annually due to evaporation as the water sits in the lake for 10 months. The controlled release of water from the GERD reservoir to downstream, would even facilitate an increase of up to 5% in Egypt’s water supply, and presumably that of Sudan as well, argue Ethiopian engineers and geographers.
Moreover, since the Renaissance dam will also retain substantial amounts of silt, it will increase the useful lifetime of the Roseires, Sennar and Merowe dams in Sudan and of the Aswan High Dam in Egypt,
say Ethiopian officials.
It is in such context that the Egyptian Coptic Church Pope Tawadros II welcomed the Ethiopian Orthodox Church delegation. “We pray for the Nile water and for the rain that falls in Ethiopia as it brings good to many countries,” Pope Tawadros said. “In Egypt, we consider the Nile our father and the land around it our mother”, he pursued.
During the meeting, Tawadros reminded the tight historical, and spiritual links between both churches, since indeed Ethiopia’s Orthodox Church remained under the umbrella of the Coptic Patriarchate of Alexandria until 1959. For Pope Tawadros, the Nile water is a gift from God, which should not be disputed which is why he called on several occasions the parties in the GERD dispute to seek a consensual solution that ensures development for their peoples. 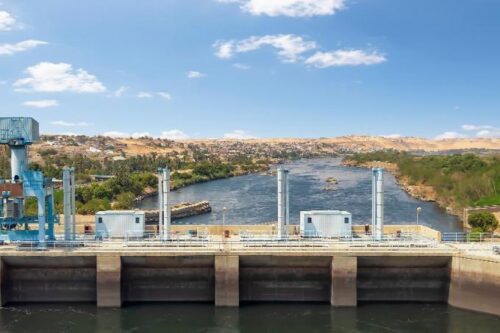 This is not the first attempt of mediation by the churches of both countries. In September 2015, Ethiopian Patriarch Mathias I of Ethiopia’s Tewahedo Church received Pope Tawadros at the Holy Trinity Cathedral in Addis Ababa. Just before, Mathias I paid a visit to Egypt where he met with President Abd-el Fattah Al Sissi who told him that while Egypt cannot hinder the right to development of the Ethiopian people, it is a source of life, not just development, for Egyptians.
In 2010, the then Egyptian Coptic Church said its leader, Pope Shenouda III, prayed together with Ethiopian Bishop Boules during the latter’s visit to Egypt in an effort to help resolve the dispute. Egypt is seeking to improve bilateral ties, drawing on historical relations that have linked both churches since the 14th century until their separation in 1959. This comes as part of Egypt’s penchant of using soft power in order to improve also the perception in upstream countries that depicts Egypt as stealing Nile water. 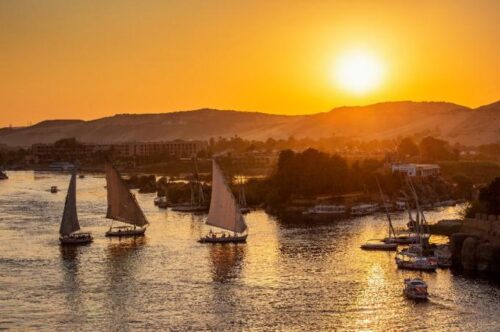 The opinion of politicians and Copts in Egypt on the role that the church can play to resolve the crisis between both countries varies. Some consider it an undesirable overlap between politics and religion. But Coptic thinker Kamal Zakher begs to differ.
In an interview with the American news website Al-Monitor, he commented that “The Egyptian Church believes in the principle of not intervening in politics. However, it cannot turn a blind eye to its national role, which goes beyond the political one”. Furthermore, Kamal Zakher said that “The role of the church as a soft power is helpful and the Egyptian government should play other roles, such as helping Ethiopians with their development needs.”
Other churches also try to promote dialogue. On the 15 August 2020, Pope Francis in a message after the Angelus prayer at the Vatican, asked the leaderships of Ethiopia, Egypt and Sudan to “continue on the path of dialogue so that the Eternal River might continue to be a source of life that unites, not divides, that always nourishes friendship, prosperity, fraternity, and never enmity, misunderstanding or conflict.” In July 2021, the Protestant World Council of Churches acting general secretary, Rev. Prof. Dr. Ioan Sauca appealed to all WCC member churches around the world to pray for a peaceful solution to the problem. (Egypt’s Pope Tawadros II (R) and Abune Yosef of the Ethiopian Orthodox Tewahedo Church. Photo: Coptic Orthodox Church)