The New York music house Ostinato Records recently released a Groupe RTD album – a Djibouti band composed of civil servants – the first to take modern music beyond the borders of the country in the Horn of Africa.

The international diffusion of modern music in the Horn of Africa came late on the scene as compared with the new African music which – after the appearance of lone figures like Miriam Makeba or Manu Dibango who came to the fore in the sixties and seventies – began to take on the appearance of a collective phenomenon in the early eighties. It was not until 1986 that the first record of modern Ethiopian music entered international circulation: Ere Mela Mela by Mahmoud Ahmed published by the Belgian label Crammed. But the situation of modern Ethiopian music was really resolved only in the late nineties when, in France, the Éthiopiques series was launched. 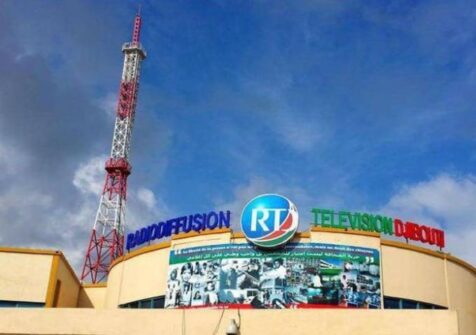 In Somalia, modern music had to wait even longer, up to a few years ago: it gained international popularity after a collection of excerpts from the seventies and eighties entitled Sweet as Broken Dates, issued in 2017 by the New York label Ostinato Records. However, not all of the Horn of Africa had been affected: again this year, Ostinato Records has taken on the publication of the first album, The Dancing Devils of Djibouti, which takes the modern music of Djibouti beyond the borders of that small country (with less than a million inhabitants) facing the southern mouth of the Red Sea.
In this case, there is no compilation of vintage material but a special recording by a band that is active today, the Groupe RTD.

Brilliant Musicians
One of the reasons why modern Djibouti music remained unknown abroad was that the republic of Djibouti, the former French Somaliland which became independent in 1977, is one of the few countries in the world where musical activity is totally controlled from above: practically all the professional music bands belong to the state. Besides being something entirely new in popularising the music of the Horn of Africa, the album produced by Ostinato Records also represents a historical event of its genre, since, up to now, foreigners were not allowed to work with Djiboutian musicians. We may say the record is the result of the work of several years. 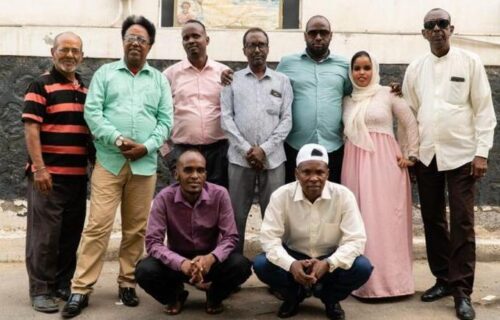 “The Dancing Devils of Djibouti” by Groupe RTD is the first-ever globally-released album to come from Djibouti. Courtesy of Janto Djassi

In 2016, the record label contacted the management of Radiodiffusion-Télévision Djibouti, the national television organisation, to discuss the possibility of overcoming the obstacles that prevented the circulation of Djibouti music outside the country. Ostinato Records was also interested in accessing the radio-television archives, among the largest and best-preserved of the continent, with thousands of tape recordings of Somali and Afar music, the main ethnic components of the population.
In 2019, it was the first label to be given permission to access the archives. During the course of the negotiations, Ostinato Records realised that the radio-television organisation had a band called Groupe RTD (an acronym for Radiodiffusion-Télévision Djibouti), with official duties at presidential and national ceremonies, and was also a brilliant band playing modern music. Ostinato then opened further negotiations at the end of which it obtained three days of recordings by Groupe RTD at the radio studios.

Influences
With one female and two male voices, saxophone, guitar, keyboard, bass, drums and percussions, The Dancing Devils of Djibouti is a fresh testimony to the vivacity of the music of this corner of the Horn of Africa and the multiplicity of influences it feeds upon. Naturally, there is the music of nearby Somalia and Ethiopia, and there is also a connection between Groupe RTD and the Sweet as Broken Dates collection, as the saxophonist Mohamed Abdi Alto can also be heard on one of its tracks, and another track of which was composed by guitarist Abdirazak Hagi Sufi, originally from Mogadishu: both musicians, co-leaders of Groupe RTD, were active on the Somali music scene before moving to Djibouti. Abdi Alto follows jazz models while Hagi Sufi loves Jamaican music. 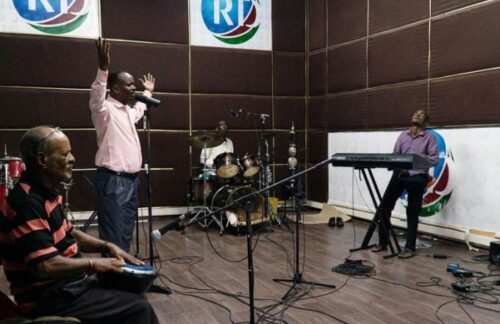 Groupe RTD records in studio in Djibouti. The group also performs as the national ceremony band for official events. Courtesy of Janto Djassi

The Groupe RTD is internationally influenced by such music as reggae, which is very popular in the Horn of Africa; its popularity in the area of Somalia is, of course, facilitated by its affinity with traditional rhythms (often modernised in reggae style) such as the dhaanto. Much of the music of the Horn of Africa betrays oriental accents and here the vocalist Asma Omar shows sensitivity to the styles of Bollywood musical films. Geopolitically strategic, the position of Djibouti, a commercial crossroads, renders it receptive to the most powerful cultural export product of the Indian sub-continent.