Ten years after the popular uprisings in North Africa, what has changed? What remains of the movements behind them?

The fall of three North African dictators took place in a matter of a few months, in early 2011, under the impulse of the popular revolt. The first to fall was the Tunisian Ben Ali, on 14 January. A few weeks later, the Egyptian Rais resigned. Gadhafi was killed in October after Libya turned its back on him.
In Algeria, Abdelaziz Bouteflika, President since 1999, did not recognise the movements present in nearby countries, believing them to be simply widespread unrest caused by union agitation. In Morocco, the long wave of revolt reached the kingdom in 2011, where the ‘20 February movement’ openly challenged the monarchy for the first time. King Mohammed VI anticipated its demands by introducing a new Constitution, thereby nipping the protests in the bud. 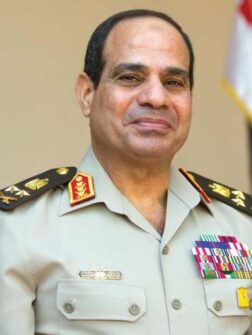 In Egypt, General Abdel Fattah al-Sisi has consolidated its power.

Now, ten years later, what power system is the driving force in the countries of North Africa? King Mohammed VI is still on the throne; the Algerian Bouteflika relinquished power only at the beginning of April 2019, after twenty years in power,  swept along by the popular, nonviolent movement Hirak (movement in Arabic), while a yet-to-be-initiated transition has brought President Abdelmadjid Tebboune to power.
In Egypt, General Abdel Fattah al-Sisi has consolidated its power; in Tunisia, a reluctant transition has seen a succession of democratically elected presidents within a very unstable political context. In Libya, the vacuum caused by foreign bombing campaigns and the death of Gadhafi have led to foreign interference and the de facto division of the country.

What has changed?
Apart from their names, with the exception of Morocco, what has really changed in the leadership of these states? The most typical case is that of Mohammed VI: even though there is a parliament, the Moroccan monarchy is one with absolute power and the king governs. The protest movements are continually repressed by Mohammed VI.  The media are strictly controlled.
In Tunisia, the extremely poor attempts at government since 2011 have increased mistrust of political parties. The election in October 2019 of the most recent president, Kais Saied, like that of his predecessors, is not the expression of a party and even the new parliament has been dominated by abstentions and fragmentation. 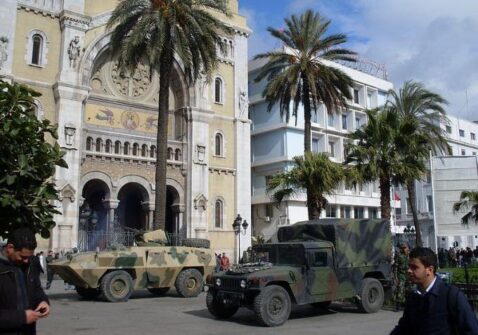 Military vehicles in front of the cathedral of Tunis on the Habib Bourguiba lane during the Jasmine Revolution. (Photo: M.Rais).

The power of the president is limited by the Constitution of 2014 to avoid a return to the past, but due to a serious lack of stability, he has assumed an increasingly active role, imposing his will on parliament in the formation of governments (two since he came to power), and so distancing himself from his ministers. His interventions, especially in the social field, have multiplied. Despite the economic crisis, aggravated by the Covid-19 pandemic, the president’s popularity remains high: it has been estimated to be as high as 73%, far higher than all other politicians. This confirms the rejection of party rule by a large part of society who identify with the authoritative and responsible figure of the president who consequently seems to have the strength to resist the attacks which the fundamentalists of Ennahda and the businessman Nabil Karoui have been conducting against him. 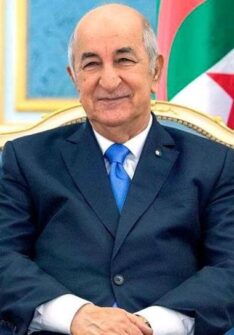 In Algeria, President Tebboune, elected after the resignation of Bouteflika in polls that were questioned by protestors, has adopted, for the time being, the priority of preventing Hirak from returning to the streets, especially after the referendum of 1 November, which has consecrated the new Constitution that leaves the system still in power. The reform of the Constitution was approved with the lowest electoral participation rate in history, as only 23.7 percent of 24 million citizens have the right to vote.
In Egypt, al-Sisi has created for himself an irresistible position with the army and in contrasting the government of Mohamed Morsi’s Muslim Brotherhood, used to stifle the popular uprising. With the support of the army ensured, the General discarded Morsi, deposed in July 2013, championing those protesting their dissatisfaction with the fundamentalist government and presenting himself as the only alternative to save the nation. Since then, al-Sisi has exercised his power as sheer violence with the instruments of a military dictatorship.

The movements and the coronavirus
While the political-institutional picture ten years after the uprisings is a desolate one, what remains of the movements behind them? It must be said, first of all, that even before the Covid-19, there were all the basic elements that served to foment the revolts of 2011: the young people (2/3 of the population are less than thirty years old), youth unemployment and increasing inequality, and, of course, the failure of progress in the field of democracy, with the partial exception of Tunisia. Countries initially shielded from protests, such as Algeria and Sudan, entered the field last year, while dissent movements, more fragile and fragmented with the single exception of Hirak in Algeria, continued to come out into the open until the lockdown took place. 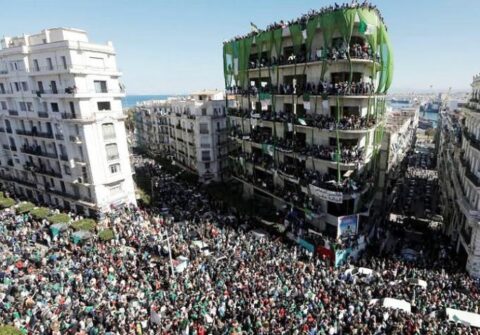 The pandemic provided a pretext to outlaw the protests that had characterised the season. The more original case is that of Algeria; the most numerous, nonviolent and continuing popular movement, which started in February 2019, responsibly decided last March, in line with their declared values, to suspend public appearances. Those in power took advantage of this to launch oppression against activists and against the media and journalists who use the internet and social media. Basically, this is the terrain most feared by those in power who ostensibly rule it with new laws ‘to restore order’ in the sector, while really trying to prevent the spread of protests by means of the social media, to identify activists and to present a version of events that excluded mention of popular dissatisfaction. In brief, those in power also rule the virtual streets with 2.0 tanks, a common policy that characterises all the North African political regimes. Will the end of the pandemic again spark off protests? This is the great question being asked by the movements today. 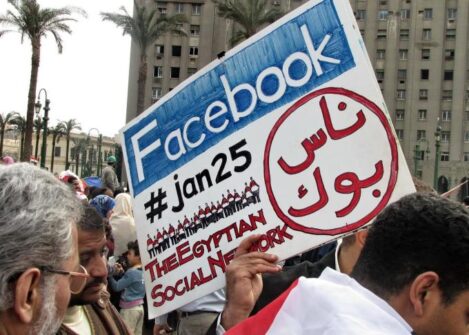 A partial answer comes from the emergency itself. The Covid has spied upon the persistence of economic and social discontent, with localised but significant revolts. The crisis of the informal economy that characterises more than a third of all the economies on the southern shores of the Mediterranean, of the tourist sector in Tunisia and Morocco, the financial difficulties of all the countries have struck not only the poorest but also the middle classes. The movements represent the spontaneous response of society to the failed renewal of the political class and the parties, the inability of the old élite to represent their needs and provide an adequate response.
The new movements, especially those that are more mature such as the Algerian Hirak, are neither demanding immediate elections nor proposing new institutional models, but, before all else, demand the dismantling of the security systems that, from Egypt to Morocco, constitute the real obstacles to democracy.