The closest advisers of Tshisekedi are three Pentecostal pastors whom he trusts to increase consensus in the country and establish improving foreign relations with the USA and Israel.

From the time he took over the leadership of the country in January 2019, succeeding Joseph Kabila, Félix Tshisekedi surrounded himself with figures in whom he places complete confidence or, so to speak, unconditional faith.
His faithful advisers are, in fact, three Pentecostal pastors who exercise great influence in the country, and who Tshisekedi not only considers his spiritual guides but to whom he has conceded broad room for manoeuvre in the diplomatic decisions and the decisions regarding the political economy of his government.
The one he probably trusts most is Jacques Kangudia Mutambayi, for years his spiritual counsellor. Formed in the Church of God in Benin City, Nigeria, Mutambayi knows well the centres of Pentecostal power scattered throughout Sub-Saharan Africa. Before moving to Kinshasa, he was a pastor in Benin and Burkina Faso. 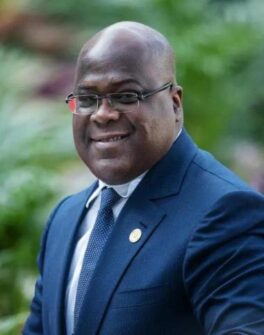 The acquaintances he established over time and the influence which developed in several countries today, enable him to bring the messages of Tshisekedi to the other presidents of the Pentecostal faith who govern in Africa. They are as such: the Ethiopian head of state – Abiy Ahmed Ali – whose party of prosperity takes its name from one of the pillars of Pentecostal theology; or the Ugandan President – Yoweri Museveni – who, despite being of the Anglican faith, has always cultivated close ties with the Evangelical and Pentecostal churches of his country, through his wife Janet.
In recent times, Mutambayi has become increasingly important for President Tshisekedi. He officiated at the funeral of his father Etienne Tshisekedi on 30 May 2019. Three months later, he assumed, by direct appointment, the directorship of the Ccm (Coordination pour le changement des mentalités), a centre established by Tshisekedi to train Congolese functionaries in anti-corruption procedures and, more generally, in more efficient management ‘closer’ to the citizens, of the cumbersome bureaucratic machinery of the country.
A fervent opponent of the widespread corruption that pervades all levels of administrative offices, Mutambayi supervises the vast network of NGOs, both local and foreign, involved on this front. His was the campaign, among many others, conducted to prevent the government from assigning to the Belgian company Semlex a contract for the production of Congolese passports. 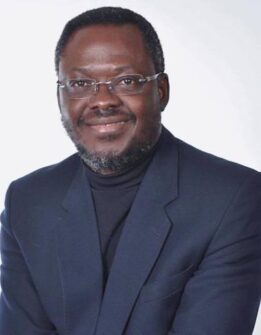 In one of the most corrupt and disastrous nations of the world, in the bureaucratic and administrative sense, Mutambayi represents for President Tshisekedi an indispensable ally first, and foremost, with regard to the image he transmits of himself abroad. At home, instead, Mutambayi acts in a more direct way. He never loses an opportunity to turn to the President the sympathies of the vast internal Pentecostal and Evangelical community. This constant pressure on public opinion has shown itself to be decisive in the presidential elections.
Mutambayi admittedly knows how to speak to his people. This he does, not only from the pulpit of his majestic church, but also through the associations that control the means of communication that work in his favour. There are no fewer than six TV stations influenced by him among which are Puissance, Dieu Vivant, Message de vie e Armée de l’Eternel.
Equally influential by the side of the President is the figure of another pastor, Olivier Tshilumba Chekinah, who divides his time between Canada, where his church l’Eglise Nouvelle Vie, is based, and Kinshasa where he fills the role of presidential adviser.
Chekinah is the man who, during the years of Tshisekedi’s mandate, was mainly occupied with showing a positive image of the President in the eyes of the USA administration, using the excellent relations he has with Israel. It was he who had him take part in the annual conference of the American Israel Public Affairs Committee held on 25 February 2020, in Washington. It was a ‘kermesse’ during which Tshisekedi announced the recognition of the state of Israeli by the Congolese government, and the launch of preparations for the opening of a DR Congo embassy in Tel Aviv, along with a financial office in Jerusalem.
While weaving his diplomatic network, Chekinah also sees to his own affairs, protecting the interests of various Canadian businesses that operate in the mining sector and in infrastructure, by means of his company OL Consult.
According to Africa Intelligence reports, it was he who presented to the President the heads of the Australian company Fortescue Metals Group, which had applied for the contract to develop the Grand Inga dam and is said to have been granted it in September 2020. 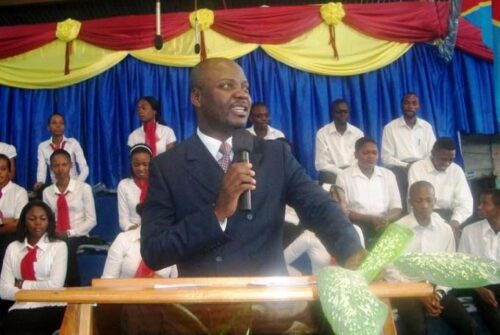 Roland Dalo, a pastor of the Centre Missionnaire Philadelphie a La Gombe and head of the Church of State.

In conclusion, there is Roland Dalo, a pastor of the Centre Missionnaire Philadelphie a La Gombe and head of the Church of State. Dalo was the assistant to the best-known Pentecostal in the entire African region, the Swiss evangelist Jacques Vernaud.  Vernaud founded the Evangelical Pentecostal Church of the Congo in the sixties and, afterwards, in 1985, the first large church of this creed in Kinshasa, capable of seating 15,000 faithful.He is the pastor to whom the Congolese president entrusts the task of ‘making peace’ with those in the country who do not support him, including his most bitter rival in the presidential elections of late 2018, Martin Fayulu. On 3 February 2019, a few days after the president was installed, it was Dalo who officiated at a celebration in La Gombe to which the two rivals were invited to become reconciled after the battle of the elections.