It was the Maya who, long ago, inhabited those territories that were later colonised by Spain. The Iberian penetration was accomplished around the years 1523-24, through the work of Pedro de Alvarado who was the founder of the old capital, Antigua, of Guatemala.

With the passage of time, the Spanish possession became a Captaincy General within the framework of the Viceroyalty of New Spain (Mexico). For this reason the events that led to Mexican independence also involved Guatemala and the other Central American countries.
In 1821 the region declared itself independent through a Cabildo Abierto, a Municipal Assembly with local powers, a copy of the Spanish administration transplanted in Latin America. This move was not accepted by Mexico which set out on the military re-conquest of the dissident ‘Provinces’.
However, when Mexican intestine conflicts created more favourable conditions, the rebels again took the initiative in June 1823 creating a state entity they called ‘United Provinces of Central America’. 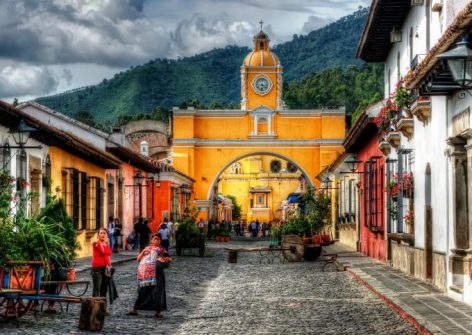 In 1839, with the break-up of unity, each ‘Province’ declared independence, taking on republican constitutional characteristics.
In the case of Guatemala, independence brought no particular advantages since the socio-economic structure was in no way diminished, and, leaving the colonial system intact, apart from some concessions to the dominant oligarchy, it threw open its doors to US investments. In this state of affairs, the major beneficiaries turned out to be: the United Fruit Company, the concessionary of vast plantations of coffee and bananas as well as services; the International Railways of Central America, active in the field of transport and the Empresa Eléctrica, a subsidiary of American Foreign Power.
These ‘Three Greats’, in practical terms, subjected Guatemalan financial practice to US interests just as they had done or were about to do in the other republics of the sector.
International developments, together with the internal maturing of the population – through the development of the middle and working classes – created the conditions for radical change whose epilogue was the revolution of October 1944 which handed power to a social-democratic junta led by Juan José Arévalo. He had followed a typical centre-left programme aimed at reducing the poverty of the great majority of the people and at removing existing economic inequality. 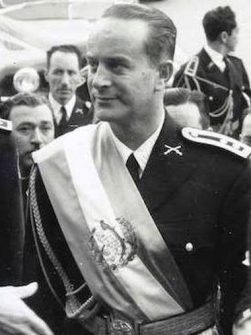 In 1951, Arévalo was replaced by Colonel Jacobo Arbenz Guzman who, following in the wake of his predecessor, intended to speed up the process of transformation and implement agrarian reform. The figures demanded he do so since 2% of the population controlled 74% of all arable land, while 76% of all agricultural units had access to only 9% of the land. Agrarian reform started in 1952 with the appropriation of 372.000 hectares which were assigned to 80,000 peasant families. This reform, even though it proposed to review the redistribution of land in order to develop capitalistic agriculture (but not that of the large landowners) by increasing the number of small farmers, leaving untouched farms of less than 90 hectares, was seen by the White House as a serious danger to its strategic objectives. 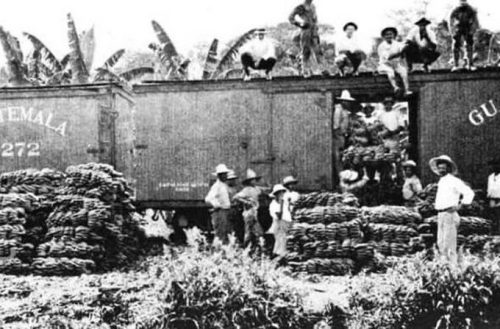 The stance adopted by the White House was to protect the economic interests of the United Fruit Company. Then, in April 1954, the State Department, on behalf of the multinational, demanded 15,854,849 dollars in compensation from the Guatemalan government. At the same time, it accused the same government of being infiltrated by communists. These accusations turned out to be unfounded and exaggerated since the Guatemalan government not only did not proceed with plans to exchange diplomatic representatives with the USSR, but it kept the US military bases and voted in favour of the US position regarding the war in Korea. Despite the expropriations, the economy of the country was still closely tied to that of the USA which received as much as 80% of Guatemala’s exports. 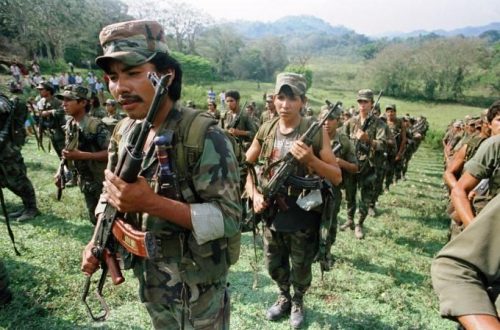 The intransigent policy followed by the government of Guatemala regarding US demands caused the latter to change tactics and devise a plan to destabilise the country and overthrow Jacobo Arbenz. In a short time, the operation, code-named Operation Success, which began on 18 June 1954, ended after nine days with the deposition of the democratically elected government of Jacobo Arbenz, and the coming to power of a military junta that functioned as the guarantor of the alliance between the multinationals, private investment and the State, causing the country to suffer a long period of political instability giving rise to one of the bloodiest conflicts of Latin America with more than 200.000 victims. The war lasted 36 years and was fought by the regular army and paramilitaries, more or less openly supported by North American advisors.(F.R.)