A sound formation, pastoral competence, a political vision and single-mindedness are the distinctive traits of Mons. Fridolin Ambongo Besungu, the new coadjutor bishop of Kinshasa.

The appointment of Mons. Fridolin Ambongo Besungu as coadjutor Archbishop of Kinshasa alongside Cardinal Laurent Monsengwo, resulted from the desre of Pope Francis to lend them his support in facing the extraordinary challenges facing Congolese Catholics, victims of a repressive power which, since 31 December 2017, has had in its sights the peaceful marches called for by lay Catholics. A few days after his appointment, speaking with journalists, Mons. Fridolin described the situation, strongly expressing the voice of the Church. 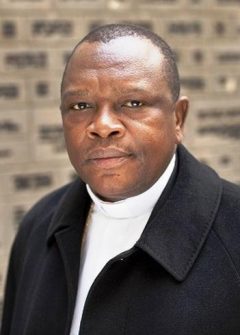 First of all he assured the Christian community that the episcopate is “united and indivisible”, contrary to what the regime propaganda insinuated. He then reaffirmed his determination to support the people of DR Congo at present committed to respect for the Constitution and the rule of law through the implementation of the agreement reached on 31 December 2016 between the majority and the opposition, mediated by the Episcopal Conference. The agreement provides for a transition phase leading to elections instead of those planned for last December and now re-scheduled for December 2018.
The Coadjutor Bishop clearly stated that the ban on demonstrations is against the Constitution: “We are prophets – he insisted – and the role of the prophet is to alert the people when there is danger on the horizon ». He even mentioned some technical questions saying, for example, that he was against electronic voting as this would open the way for post-election disputes since there is no agreement among the political classes on the use of this means “. 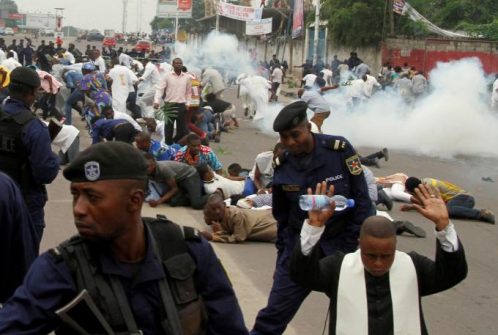 This is a sign that the Vatican not only wants to show its support for Cardinal Monsengwo but also wishes to make it obvious that to the Kabila government that this 58 year-old bishop will be the next Archbishop of Kinshasa. To put it briefly, those in power should have no illusions about a change of policy after the Cardinal has completed his mandate. Fridolin Ambongo Besungu belongs to the Capuchin Friars Minor Order. He was ordained priest in 1988 and has a sound formation with great sensitivity towards human rights. Having qualified in moral theology at the Alphonsian Academy in Rome, he taught this subject for some years at Kinshasa Catholic University. He was Bishop of the diocese of Bokungu-Ikela from 6 March 2005 and was then made Archbishop of Mbandaka-Bikoro on 12 December 2016. As Vice-President of the Commission for Justice and Peace of the Congolese Episcopal Conference, he had a prominent role in the negotiations leading to the St. Sylvester Agreement in 2016. 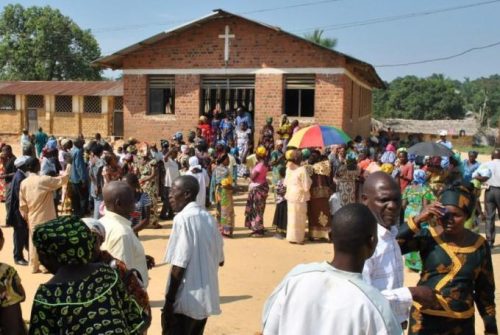 With reference to the candidature of President Joseph Kabila, the new Archbishop is extremely clear: “It is a question which ought not even be asked. The Constitution is clear and it does not allow a third mandate. The St. Sylvester Agreement is also clear. I do not see how we can talk of a new candidature. It is true that the President himself has never spoken out clearly, despite the insistence of the international community and also of the Episcopal Conference. However, I do not think it is important to insist on this problem; we should be more concerned with knowing if and how the presidential majority is preparing for the elections and whether it has another person in mind.. He is also very critical of the opposition. “The opposition is divided, even fragmented. But this is part of the regime’s strategy: divide to stay in power”. 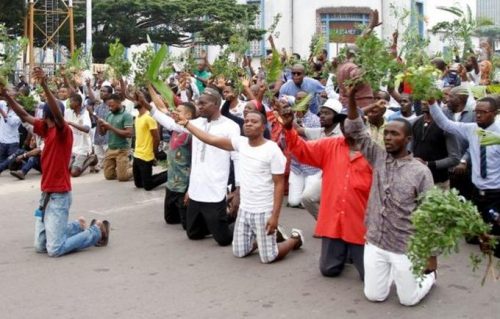 Kabila has succeeded in atomizing the opposition which is no longer a dynamic force. They are scattered in small pieces that do not succeed in agreeing either on a programme or a candidate.”
In conclusion Mons. Fridolin Ambongo says “The critical moment will be next June when, according to the electoral calendar, the list of candidates will be published. We will then see what happens and who it will be and especially we will see whether Kabila will be a candidate or not. It will show whether the elections will really take place “. (F.M.)