The advisability, possibility and feasibility of the elections for the new Mongolian parliament, the single house Grand Hural with 76 seats, planned for 24 June and presently unconfirmed, are inevitably intertwined with the ongoing emergency due to the spread
of the Covid-19.

The spread has reached epidemic proportions though, in Mongolia, it has been somewhat contained, both for geographic reasons (an extensive, scarcely populated country), and because of the immediate closure of land borders with the People’s Republic of China at the end of January and those with Russia at the end of March which isolated the country from the rest of the outside world. 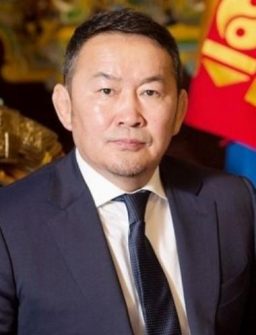 Afterwards, more than once, President Khaltmaagiin Battulga, an exponent of the Democratic Party, a former fighter and minister for Roads, Transport and Construction, asked to have the date postponed, a possibility not only connected to the present crisis but also a confirmation of the persistent tensions between the Head of State, elected in July 2017 with an absolute majority in a two-term system, and a government that emanates from the parliament and is led by Ukhnaagiin Khurelsukh of the Mongolian People’s Party. From a certain point of view, unless the situation again becomes critical, there is nothing new in the Mongolian contest, where tensions between the major posts in the state are constantly present in political life, as is the case with those within the Grand Hural.
In one sense, one may say, it is the political situation that represents, together with its continentality, the principal limitation of that comprehensive development that is defined, both for its isolation and extension, and for its potential, the ‘New Frontier’ of Asia.
A surprisingly lively country, for years it has been among those with the fastest growth in the continent. 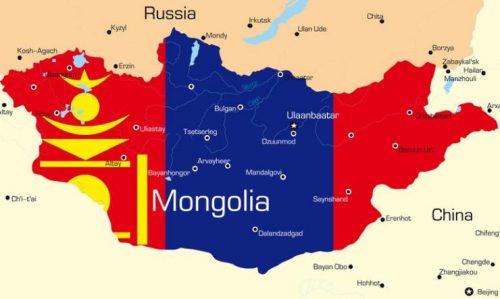 At the centre of the last electoral campaigns was the exploitation of the enormous mineral resources of the country, a potential ‘volcano’ of development but also a lighted fuse of indiscriminate development, unbalanced and largely dependent upon foreign interests. It is a democracy that is followed with interest, on the crest of the wave of full self-determination obtained through the peaceful revolution of 1990 and sealed by the Constitution of 1992 which ended the Soviet-style system that governed it for about seventy years through the Mongolia People’s Party. Mongolia has always been a country extremely attentive to political affairs, despite the objective difficulty of half the population – the almost two million nomads who live a pastoral life in their tents scattered across the steppes or in the desert, in extensive regions cut off by freezing temperatures and floods for several months of the year – to keep informed and make their voices heard.
This enthusiasm for democracy is demonstrated by the fact that, in previous elections, almost 90 per cent of those eligible voted, even though the electors often had to accomplish a long journey on horseback to reach the nearest polling station. However, in recent elections the number of voters collapsed, underlining a new sense of helplessness in front of uncontrollable events. Among these was the arrest for alleged corruption on the eve of the elections of 2012 of the former President of the Republic and leader of the Mongolian Revolutionary Party, Nambaryn Enkhbayar. 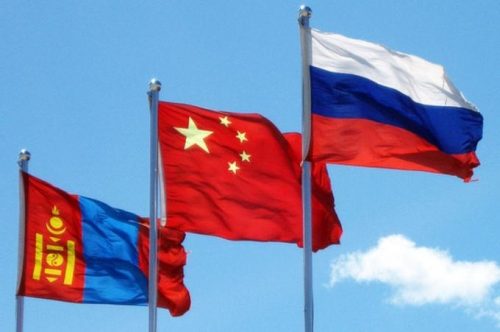 The more immediate ‘dangers’, after that of political instability, derive from the need for strategic security of the two powerful neighbours, Russia and China and, as regards the latter, its unending need for raw material. We may say that the delicate balancing of alliances and concessions has guaranteed Mongolia – 1,564,100 square kilometres and with a population of 3.2 million – its independence, at least formally, from the beginning of the XX century.
On 1 December 1911, Mongolia took advantage of the end of the Chinese empire to end a centuries-long unwanted embrace, and so reconnect with its own history and traditions. The attempt only partly succeeded since, within a decade, the country came under Soviet influence, even becoming, in 1924, a real ‘satellite’ of the USSR and, consequently, in the aftermath of the Second World War, a neighbour to be viewed with hostility by communist China. This continued until, with the break-up of the Soviet Union, Peking succeeded in affirming itself, despite strong resistance, not territorially but in the matter of natural resources. Formally, the dominant élite sought to keep a certain distance from growing Chinese pressure, but the People’s Republic of China managed to make itself responsible for more than half of foreign investment in Mongolia.
With the fall of the Soviet Union, Mongolia began its own search for prosperity, maintaining an equal distance between itself, Russia and China in order to consolidate its independence and stability. It took its full place on the international scene as a guarantee of participation, recognition and… good business. (S.V.)