It is now almost five years since the coup d’état that took place in Thailand on 22 May 2014. This year on 24 March, it will hold elections which could have serious consequences for the Country of the Smile, now grim and uncertain, led formally by civil institutions but inflexibly guided by the National Council for Peace and Order (the military junta).

All this hinges on a government made up mostly of generals led by Prayut Chan-ocha who was responsible for the repression of the Red Shirts-led protests in 2010 which cost the lives of around ninety people – mostly demonstrators and two foreign journalists – and hundreds of wounded.Five years ago, the intervention of the men in uniform was justified by the desire to put an end to tensions which, in previous years, more than once found expression on the streets of the capital Bangkok with dramatic effect. This objective was not achieved, as is apparent from the fact that not only do the deep-seated and untreated divisions still exist, but the gap between rich and poor and the discrepancies of opportunity have grown even wider. 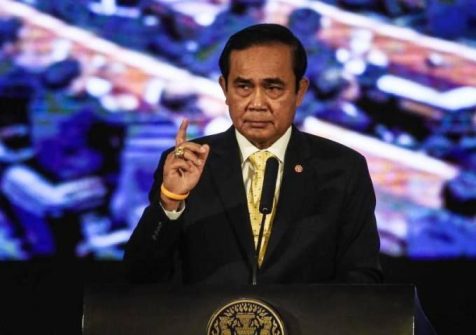 Few Asian countries are afflicted with such inequality as Thailand, a country where progress was motivated by abundant confidence from abroad with investment, tourism and strategic interests that fostered the boom of the ‘seventies and ‘eighties. This also encouraged the myth of a quality of life and basic happiness that denies the problems that many of its 67 million inhabitants experience and suffer from.
Today, the world looks at ancient Siam trying to imagine how it will turn out in the near future, with embarrassment or perplexity at the current restoration led by the Prime Minister and former general and head of the Prayuth Chan-ocha regime. It is to him that article 44 of the post-coup Constitution gives the power to intervene unquestioned in all areas and with full impunity for actions past or future, including those of his high and medium-level officials. The outlook is that he – with little or no challenges from the opposition who were substantially prevented from running an electoral campaign with the possibility of reactions – will be brought to power by a pro-military party or be declared premier elect by a parliament without opposition. 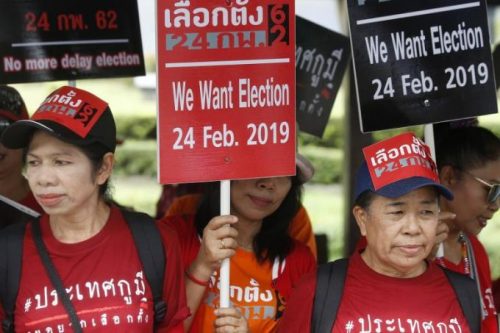 The basic thesis of Thailandese policy for a decade has been that of ‘reconciliation’, the pretext for the coup of September 2006 and that of May 2014. The concept of ‘reconciliation’ is one that may be interpreted according to one’s desires and interests but it contains a basic truth: the deep chasm between the administrators of power, based in Bangkok and in central and southern regions, and the majority of the population based in the north and east. These realities are separated by an abyss in opportunity, wellbeing and interests but they are co-participants in a semi-feudal structure with an extensive network of patronage that increases backwardness, incompetence and corruption.
The system runs parallel to political and administrative structures that aim to present the image of an advanced country, affable and open to investment and innovation. It is an image, or rather a reflection of reality that is no longer sustainable as shown by the flight of investors, and of companies already present, towards other goals and the pressures brought by the mass media and international lobbies on the themes of freedom of expression, human rights and democracy. 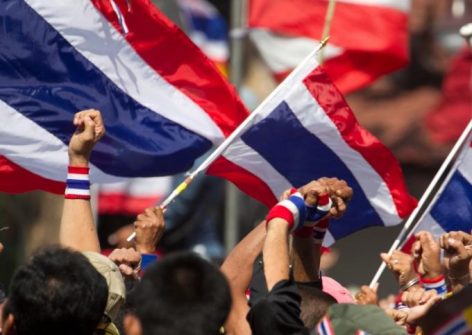 Whereas these aspects were formerly, in  part, taken for granted, they are now more evident and the famous Thai ‘smile’ seems more and more tarnished and less spontaneous while news sources report an increase in social unrest, manifesting itself still more in a society with one of the highest rates of social media penetration in the world.
International pressure on the regime is not concerned only with the development of democracy, respect for rights and civil liberties but also with situations (slave work, human trafficking, illegal fishing, immigration management, the protection of asylum-seeking refugees and the plundering of the environment) due to which the USA, the EU, and various governments and organisations have demanded immediate action and threatening sanctions. 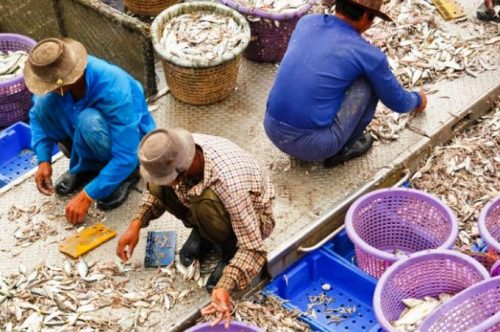 The contribution of perhaps three million foreign workers, often forced into illegal work by obsolete laws that are, in part, difficult to enforce and in part open to occasional abuses, is essential to the construction industry, agriculture and fishing, but it is hardly recognised and even less rewarded. With their pay lower even than the minimum local pay and subject to the needs of the employers and the constant risk of abuse or expulsion, the immigrants suffer the brunt of nationalist and xenophobic inclinations fomented by propaganda on cultural unity and historical dominance in the region.
Indoctrination motivates adherence to roles and institutions that are deeply underlined by the present regime. It starts right from the first years of school with an abundance of associated benefits, unfettered populism and continual pressure, censure and insistent reminders of a national identity based mostly on respect for authority. All these conditions have brought about a lack of participation and the inability to react without parallel as well as backwardness on the cultural level that has become a serious danger to development. (S.V.)