Ethiopia is passing through a period of turmoil due to ethnic tensions. Prime Minister Hailemariam Desalegn has just resigned. The new prime minster will be elected this month. The role of the Army. 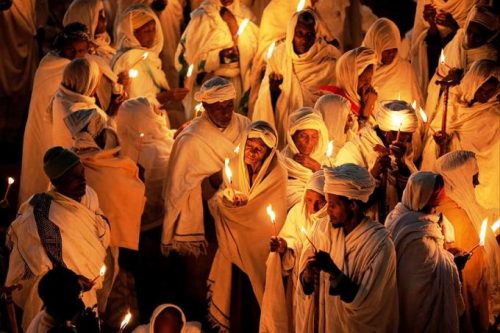 The ethnic issue has important consequences, since Ethiopia is a federal parliamentarian republic divided into nine ethnically based states (Afar, Amhara, Binshangul Gumuz, Gambela Hizboch, Harari Hizb, Oromiya, Somali, Tigray, Southern Nations, Nationalities and Peoples) and two self-governing administrations, Addis Ababa (the federal capital) and Dire Dawa.This issue influences even the top levels of public administration. The political life of the country is led by the Ethiopian People’s Revolutionary Democratic Front (EPRDF), a coalition of former rebel forces that in 1991 toppled a military junta (the Derg) that had ruled the country since 1974. In the May 2015 elections EPRDF got 501 out of 547 seats in parliament. Also the EPRDF is divided along ethnic lines since it is composed of four parties with an ethnic characterization. 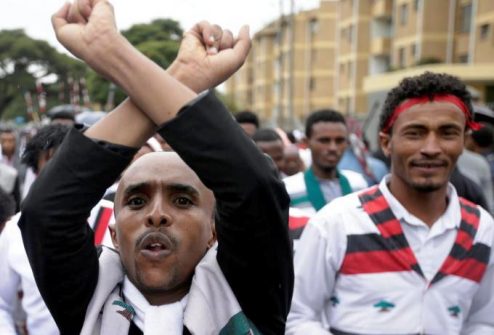 Within the EPRDF the leading element is the Tigray People’s Liberation Front (TPLF), a group composed of Tigray people which basically controls the security apparatus. The other members of the coalition are the Oromo People’s Democratic Organization (OPDO), the Amhara National Democratic Movement (ANDM) and the South Ethiopian People’s Democratic Front (SEPDF). According to some analyst, TPLF leadership is split between some members that want to keep the control of the state apparatus in the hands of Tigrays and a group that think that prefer a more cooperative style of government.

Since November 2015 Oromo and Amhara political activists have been protesting in their states and in the area of Addis Ababa, which is autonomous but is completely encircled by Oromiya. They contest the discrimination they allegedly suffer from the institutions and in particular the “illegal occupation” of land of the state. The protests in many cases degenerate into clashes, also due to the heavy-handed approach of the security forces. Some government officials have even accused foreign countries (such as Egypt) of supporting the protesters to destabilize Ethiopia. But they have never provided conclusive evidence of that.A state of emergency imposed on 9th October 2016 and lifted on 4th August 2017 succeeded in reducing the strength of protests, but not in stopping them completely. After August 2017, demonstrations regained momentum and a three-day strike was organized in Oromiya and Amhara from 12th to 14th February 2018. 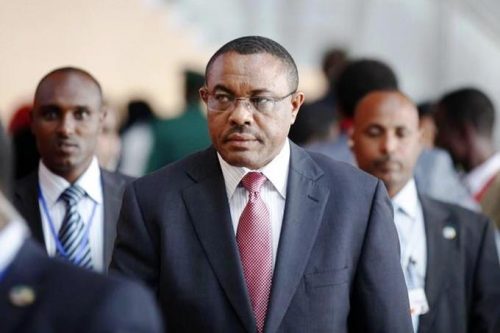 On 15th February 2018 Ethiopian prime minister and EPRDF leader Hailemariam Desalegn resigned from both roles. The reason he gave was that he intended to meet the people’s demand for democracy and development. He will manage current affairs until a new premier is chosen, probably during the annual congress of the EPRDF, scheduled for March 2018. This episode was a sign that the EPRDF leadership is trying to cope with the increasing ethnic tensions and at least a part of it believes that force is probably not the solution. But there are some who thinks differently. On 16th February the government (including OPDO and ANDM) reintroduced the state of emergency for six months, hoping to eliminate the problem of unrest in Oromiya and Amhara states.

Turmoil at the top

Desalegn was in charge since 2012. A member of the Welayta ethnic group and the chief SEPDF, he was apparently accepted as leader by the different factions of EPRDF. But his position was considered by some observers as weak, because he lacked a strong political base. His inability to cope with the popular discontent apparently forced him out after months of speculation. But it can’t be ruled out that he chose to quit to avoid being considered the only one responsible of the situation. In fact, his policies were supported by the coalition. 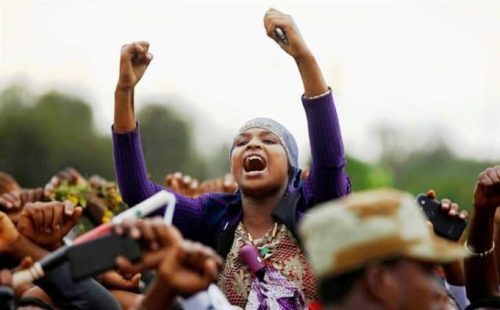 But this transition is not a guarantee of democratic change. The imposition of a new state of emergency might indicate that within the EPRDF some are not ready for appeasement. In any case, Desalegn’s exit is considered the opening of a phase of uncertainty for the African country by different observers, including EU High Representative for Foreign Affairs and Security Policy Federica Mogherini.
The solution of the ethnic issue is for the most part in the hands of the Ethiopian political leadership. The actual uncertainty might lead to a shift in the sharing of powers within the EPRDF. During the first phase of the protests the Oromo and Amhara components of the coalition were sidelined by grassroots movements such as Querroo (“Youth”). This group apparently has strong support within the Oromo youth. These movements considered OPDO and the institutions in Oromiya (including the police) to be lackeys of the TPLF. 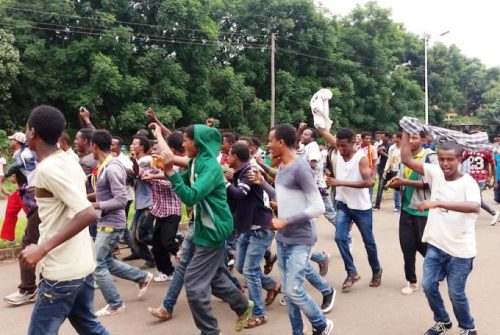 But in October 2016 Lemma Megersa (OPDO) was named president of Oromiya. Megersa and a new wave of leaders seem to have given a new impulse to OPDO political action. The Oromo party distanced itself from TPLF and supported some of the requests of the protesters.
Apparently, within the TPLF leadership the idea of choosing an Oromo premier gained ground. The idea seems to be to share the power to preserve EPRDF rule. In February 2018 OPDO chose a new president: Megersa stepped down (but remained president of Oromiya) and his deputy, Abiy Ahmed, became the new chief of OPDO.
Some analysts think that Ahmed is a more appealing leader and was chosen by Oromo politicians to became the new Ethiopian premier in the EPRDF congress in March 2018. A new sharing of power within the EPRDF could reduce the ongoing ethnic tensions, but it is not a guarantee of democratic development for Ethiopia. In fact, it will not necessarily change the power structure in the African country, centered on the EPRDF and the security forces that support it. 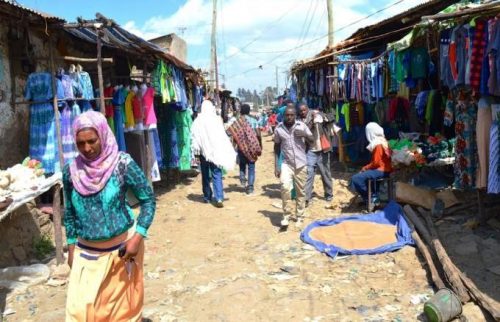 And it is not certain that this new agreement will solve definitively the issue of ethnic tensions. If an Oromo Prime Minister is named and no political compensation is provided for Amharas, the members of this ethnic group could start agitating even more.
Some sort of backlash from Tigray leaders is not to be ruled out. Those Tigrays, especially in the high echelons of the armed forces that do not accept a sharing of power with other ethnic groups could resist the ongoing process, even organizing a coup. The scenarios so far presented do not solve the problem of the mistrust among the different peoples of Ethiopia. At this moment it is difficult to say if the political class will be able to do that.