This year, the Missionaries of Africa (also known as the White Fathers) celebrate 150 years of their foundation. The society was founded in Algeria on 19 October, 1868, by Cardinal Charles Lavigerie and it focuses on evangelism and education in the African continent. The challenges of the present and the prospects for the future.

The Missionaries of Africa are currently 1,200 and come from 36 different nationalities and cultures – European, American, Asian and African. They announce the Gospel in 22 African countries with 215 international and intercultural communities. 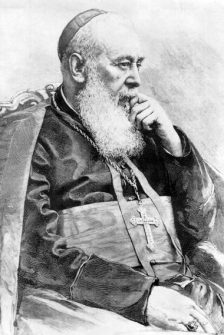 The majority of the 500 young people who are currently being trained to serve in the society founded by Cardinal Charles Lavigerie are African, making what Lavigerie had predicted a reality: ‘The definitive task must be done by Africans’.
Today, Africa has to face many and serious challenges in order to improve the quality of  Africans’ life. The White Fathers want to live the present with enthusiasm and confidence. They are convinced that the gift of the Holy Spirit received by Lavigerie will guide them to serve Africans and the Church in the best possible way. The While Missionaries along with the African catechists have carried out great work, since both groups have been able to contextualize the message of evangelism in African culture.
A century and a half after its foundation, the African Missionaries are still thankful to Cardinal Lavigerie for his fundamental intuition and for giving guide lines that are still valid today, despite the change of the social, cultural and religious context that has occurred over the years. 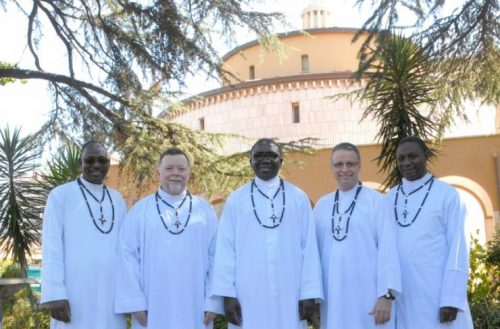 The African continent is currently facing two main challenges: the presence of a violent and sectarian Islam, which had remained unknown until now in Africa, as well as the poverty and political and economic insecurity of many Africans, in part due to globalization, with the consequent tragedy of migration.
The Society of the Missionaries of Africa has always been engaged in inter-religious dialogue with the Islam world. The White Fathers created the Institute of Fine Arabic Letters (IBLA ) 1926 in Bou Khris (near La Marsa) in Tunisia.
The Institute, was born from the desire to know better and promote Tunisian culture in all its aspects. IBLA is interested in the human and social sciences in Tunisia and, more broadly, in the Arab world. Its mission is to encourage intellectual openness in Tunisia, while developing intercultural and interreligious dialogue, with the aim of achieving mutual understanding and peace. The IBLA moved to its present location in 1932, near the medina of Tunis, where it gradually became part of Tunisian society. The training part in classical Arabic language and Islamology was transferred to the Manouba in 1949, then to Rome, by will of Pope Paul VI, in 1964, to become the Pontifical Institute for Arabic Studies and Islamology (PISAI). 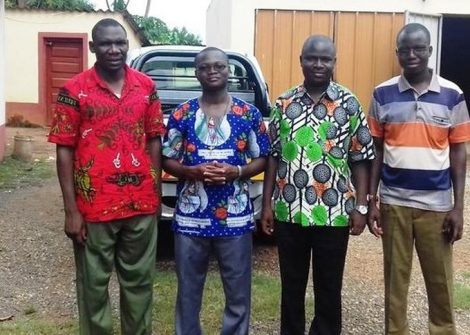 In 2004, The Institute for Islam-Christian Education, (IFIC), opened its doors in Bamako (Mali). The Missionaries of Africa interact with the local Churches and mainly focus on evangelization and the promotion of justice, peace and sustainable development. The White Fathers have therefore established several institute such as, the Centre for Social and Economic Studies of West Africa (CESA), in Bobo-Dioulasso (Burkina-Faso); The Social Training Centre (CFSC), in Lilongwe (Malawi); The Faith & Encounter Centre Zambia (FENZA), in Lusaka (Zambia). All these centres are committed to social issues and represent a reference point for Christians who have to face, through the evangelical knowledge, the challenges of traditional and contemporary culture. 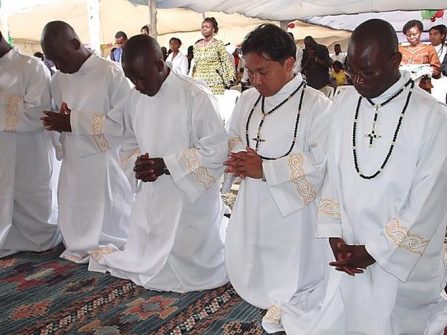 The future of the Missionary Society is marked by hope. The White Fathers are aware that they are carrying out God’s project of love for all humanity and therefore also for Africans. This project of love means supporting and promoting justice, peace and fraternity. The White Fathers accept the challenge of the present with enthusiasm, and are full of hope for a better future. The Missionaries of Africa’s priorities are contained in the following tasks:

The White Missionaries’ hope is supported by seeing the results of the work of the confrères who have preceded them. The results obtained up to now can be summarized as follows: 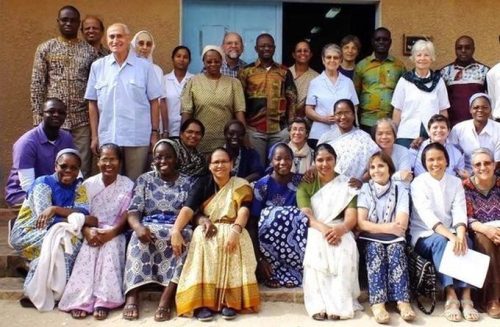 Being a missionary in Africa is a vocation that requires a lot of love for God and Africans, as well as much strength in order to accomplish the mission God asks of those who decide to serve Him. Being a missionary means working for the achievement of justice, love, openness and deep respect for the people of other cultures and religions. But first of all, being a missionary is a gift from God.