Unlike the protests of the ‘Arab Spring’, moreover, the recent protests in Iran have a political connection. President Rohani publicly declared they had valid reason to protest and the right to do so.

The revolts began in Mashhad, a spiritual centre noted for its sympathies with the conservatives – as well as the shrine of Imam Reza, one of the most revered figures in Shia Islam, attracting hundreds of thousands of pilgrims every year. The interventionist West and its Middle Eastern allies presented the protests as indicative of a deep dissatisfaction with Iranian foreign policy; namely its backing of the al-Asad government in Syria and Hezbollah in Lebanon. Counter demonstrations in favour of the government celebrated Iran’s strong role in defeating ISIS in Syria and Iraq. Yet, the ‘Millennials’ would rather the government confront more pressing economic issues related to employment and the cost of living. A series of privatisations and ‘neo-liberal’ economic reforms constituted the main reason for the protest. The timing of the protests should not surprise close observers of Iranian politics. The internal struggle between the pragmatists and conservatives demands compromise. President Rohani’s determined effort in favour of Hezbollah and Syria (Yemen too) was the ideological price he had to pay to appease the more ‘revolutionary’ elements such as Ayatollah Khamanei. Iran’s regional defiance is the ‘admission fee’ that Rohani must pay for the Conservatives’ endorsement for the “5+1” nuclear deal. 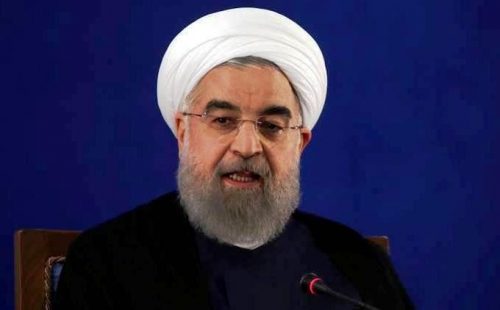 Rohani is playing a game not unlike Kim Jong Un in the People’s Republic of Korea – or Mu’ammar al-Qadhafi in 2004. It was mostly young people, who voter for Rohani. They’re tired of the isolation and care most about economic prospects rather than ideological/religious pursuits. Rohani’s goals in pushing the nuclear deal have always been entirely geared toward addressing the youth’s concerns. Indeed, the nuclear deal is the centrepiece of the Iranian government’s strategy for economic development. The deal was signed to lift sanctions and attract foreign investors, while opening new avenues of trade. The idea was to normalize and re-integrate Iran in the global system. In turn, the Iran deal also has something to offer Khamenei’s and the conservatives: stability. The only aspect that all Iranian power currents can agree is the need to open the country for business, even if from different angles. But, when Trump denigrates the deal and threatens to repeal it, it strengthens the conservatives, who can always blame the progressives for being too trusting of the ‘Great Satan’. 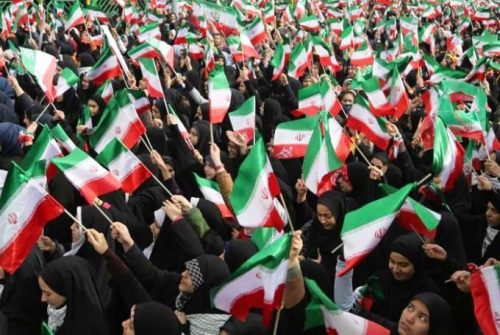 Thus, Trump, most of the U.S. foreign policy apparatus, the think tanks and lobbyists that surround the Capitol in Washington hurt the progressives when they target the ‘5+1’ Deal. As for the protesters, the government has offered compromises over its liberal economic reforms, largely succeeding in quelling them. The government remains free to pursue its foreign policy goals This is especially the case when Americans, Saudis and Israelis threaten to challenge Iran. Regardless of religiosity and economic conditions, Iranians are a nationalist people. They fight to protect the country rather than the regime. Iran has a far more developed sense of national self than its Arab neighbours, which only became unified States after the disintegration of the Ottoman Empire in 1919. The Iranian Revolution of 1979 ended in an Islamic Constitution and Republic. But, its character was significantly nationalist. That’s the lesson that Trump should learn. If he truly cares about democracy in Iran, he should stay quiet and allow Rohani to pursue his reforms and the world to open its doors to Iran. (A.B.)