In a small town near the heart of the Brazilian Amazon region, two Sisters help support the poor agricultural workers in their struggles for land and better living conditions.

In a simple wooden house on an unpaved street in the violent town of Anapu, near the heart of the Brazilian Amazon region, live Sr. Jane Dwyer, 78, and Sr. Kathryn “Katy” Webster, 66, both Sisters of Notre Dame de Namur.  The Sisters continue the legacy of Sr Dorothy Stang of the same congregation, who was murdered 14 years ago in rural Anapu.
The area’s powerful landowners blame the Sisters and still accuse Sr Stang of being responsible for the invasion of large properties by agricultural workers. “The big landowners think we are dangerous bandits for what we do,” said Sr Dwyer. 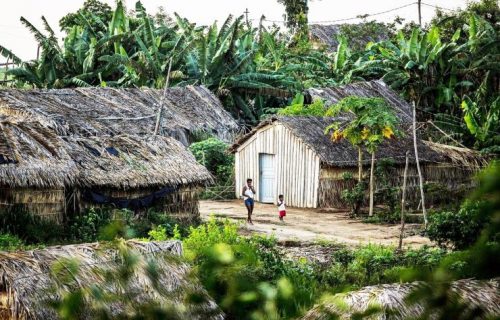 The only activity she and Sr Webster engage in, is to work with the Pastoral Land Commission (CPT), an arm of the Catholic Church that supports landless agricultural workers. “The landowners like to blame us, but it was the people themselves who created the process of going to the government and saying, ‘there is an enormous piece of land that looks good and has no owner,’” Sr Dwyer said. “When people occupied the land, we entered into the story, but we never encouraged them.”
The Sisters carry on their ministry against a complex social, economic and political backdrop in the region and the country. Tensions over land disputes are rising, evidenced by a rash of killings of agricultural workers involved in property claims.

The landlords’ law
The election of right-wing President Jair Bolsanaro presages more conflict. On the local level, landlords are turning to the police, the authorities and the courts to fight back. That’s the case with Fr José Amaro. He recently defended himself in court against charges related to land occupation. After being threatened with death several times and jailed for three months, Fr Amaro was released but forced to move to Altamira, about 80 km from Anapu, as the case winds through Brazil’s laborious legal system. His activities are restricted. He cannot participate in any meetings or demonstrations involving land struggles or other public activities. 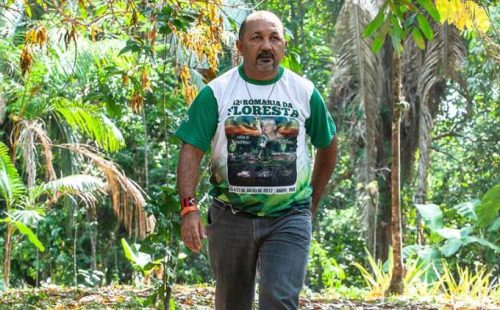 Violence in the region has escalated, with about 16 or 17 landless rural workers murdered in Anapu since 2015 in cases related to land disputes.  Despite the assassinations, the Sisters remain steadfast in their mission. “Fear does not apply to us – Sr Webster said -. Everyone is living the same reality and we do not walk around thinking about it. We are simply living with the people.”
This is the case also for Fr Amaro, who “is being accused by the same groups that murdered Sr Dorothy and who fear for our presence here,” Sr Dwyer said. “The fact that Sr Dorothy came to this region, helped the people to stay. We’re here today because of it. There were about 20 families living in the area where Sr Stang was murdered in 2005, but now almost 300 families practice subsistence farming there.”
Sr Dwyer continued: “We remain here because we have a ‘voice abroad’, meaning that any violence against us would immediately bring international repercussions. If we leave, however, it will be a massacre a day and there will be no one to speak out. We are all victims and threatened, but the biggest victims are the poor people. Taking them out of this land is death.” 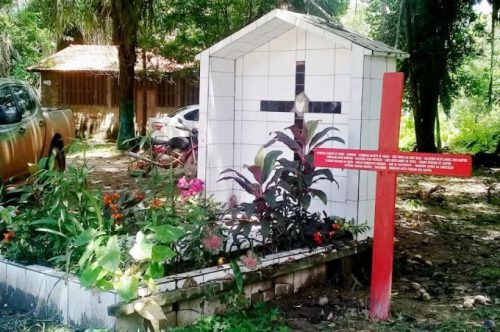 A cross at the grave of Notre Dame de Namur Sr. Dorothy Stang in Anapu, Brazil, bears the names of rural workers killed or missing since 2015.

Sr Dwyer obtained Brazilian citizenship in 2005, as did Sr Stang about a year before she was killed. Her brutal murder sparked widespread outrage in the Anapu region, in Brazil, the US and internationally. Her life and legacy have been immortalized in books, documentaries and an opera. A special study centre—the Sr Dorothy Stang Centre for Social Justice and Community Engagement—was established at Notre Dame de Namur University in Belmont, California, in 2008. But it is in the Anapu region, amid about 4 000 families of landless people and agricultural workers (a group of more than 15 000 people) that her legacy is most keenly felt—one that Srs Dwyer and Webster, Fr Amaro and others who worked with her are determined to continue.

Sustainable Development Projects
Implementation of a land reform system known as the Sustainable Development Projects (PDS) began in the early 2000s. The idea was to ally agrarian reform, one of the biggest social problems in the country, to the maintenance of the Amazon rainforest.
Under this system, formerly landless workers occupied tracts of uncultivated land and then petitioned the national government to combine the management of forest and food products, such as wood and the acai fruit, in 80% of the area where the forest remains. The other 20% is for the individual use of each family. 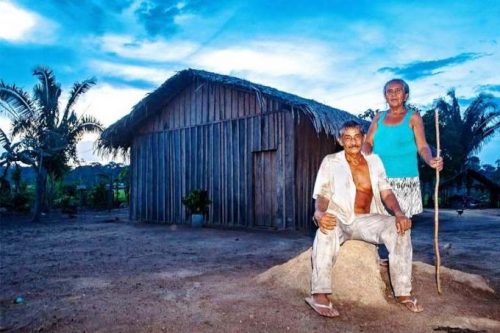 About 300 families live and farm in the original PDS Hope, a total area of about 37 000 acres, where Sr Stang was killed. Two years ago, the national government suspended the process of distributing land there for reasons that are unclear.
Yet, the process of land settlement and re-distribution continues. Essentially, settlers identify areas declared available to be distributed under the agrarian reform process in other areas outside the PDS and occupy them in a de facto strategy to force the state to move ahead with the formal process of distributing property titles and start supplying services such as sanitation, transportation, schools and healthcare.
This designation of public lands for landless workers makes large landowners angry because they don’t want these areas to be distributed as part of agrarian reform. According to Sr Dwyer, the large landowners are also involved with the theft of huge portions of land from both the state and agricultural workers in a process known in Brazil as grilagem. They occupy the land with private armed militias, bribe public employees and create fraudulent property titles. 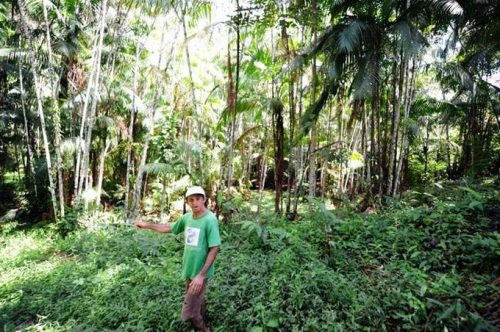 “Associated with grilagem there is a whole package of crimes that involves illegal removal of hardwoods from the forest, car theft, money laundering and other crimes common in the Amazon. It is this whole package that explains the murder of Sr Dorothy, “said Sr Dwyer.“Why do we stay? Because we know that there’s an alternative, Sr Dwyer pointed out. “The people have entered decisively into the struggle and believe that these lands belong to them because they have the right to them. They make their living by using the land but not destroying the forest and if they destroy anything, they replant it and they don’t  pollute the waters.” The occupations by agricultural workers are decided in independent meetings, without the participation of the Sisters.
The Sisters only support the occupations after they are installed,
with public expressions of solidarity through connections
with press and the Church. 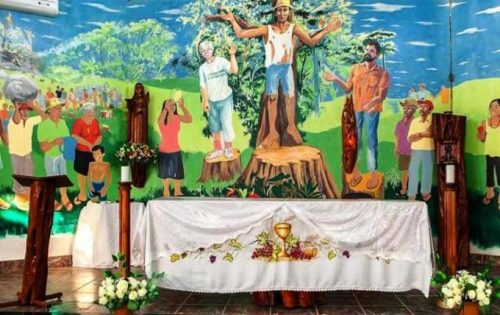 Their determination to stay doesn’t change, even when the Sisters speak of extreme-right former army Captain Bolsonaro, who assumed the presidency of Brazil on 1 January 2019.
Bolsonaro has complained that land set aside for reserves for indigenous people hampers development. He has promised to “open” indigenous lands in the Amazon region to international economic projects. Currently, Brazil’s Congress has to give specific permission to the development of each project.
Even facing an increasingly violent atmosphere, Srs Dwyer and Webster and Fr Amaro continue Sr Stang’s work by choosing to stay with the landless agricultural workers.
Sr. Dwyer concluded: “Sr Dorothy’s arrival helped the people to stay on their lands, and everything we still have here is due to the fact that there are people living here where a very few people lived before. She helped people to start a long journey.”