When most people think of Mexican food, the first thing that comes to mind may be chili peppers and fiery hot dishes that threaten their taste buds.

Although chilis are essential in Mexican cuisine throughout the country, they are not necessarily added for spiciness. More often than not they are used to enhance flavour. Many kinds of chilis give zest to a dish and each type has its own flavour, aroma and texture. As a matter of fact, cookery in colourful Mexico has been classified into hundreds of regional varieties, and each uses chili in its own special way dating back to the country’s pre-Hispanic roots.
When Columbus arrived in the New World, he took the name ‘chilli’ from the Nahulatl language, but called this peculiar vegetable ‘chili peppers’ since he mistook them for the native Asian peppercorn. Eventually, both the word and the ingredient spread as far as Africa, India and across the seas to China, where varieties of chili are used to this day. Historians today consider chili one of the most import finds that Columbus stumbled on in New Spain, along with vanilla, chocolate and allspice. 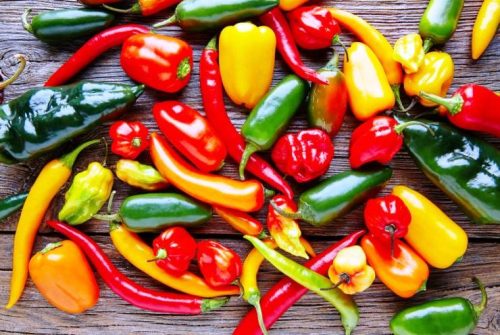 Chilis are definitely native to Mesoamerica, and there are records of their being cultivated as early as 7000 B.C. They played an important role in pre-Hispanic times, used not only as food, but also as one of the main forms of tribute paid by the natives to their masters, particularly among the Aztecs, and later to their European conquerors. Friar Bartolome’ de las Casas documented the fact that Mexicans did not consider that they had eaten if their meal did not include chili and, although Mexican cuisine has become quite sophisticated over the years, this is still the case. Chili is important not only in cooking, but also in broader aspects of Mexico’s culture. It is an integral part of local sayings, songs, folk medicine, puns and the like. It continues to be cultivated throughout Mexico, although the largest crops are grown in eight states, with Sinaloa, Chihuahua and Nayarit heading up national production. 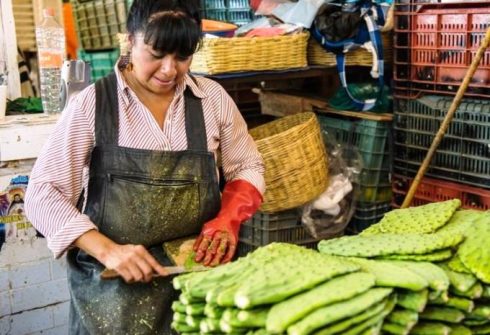 There are dozens of varieties, and since each has a local name, they can be very confusing to discuss. Among the most popular is the delicious, bright green Poblano chili pepper. It grows from between two to eight inches long and is shaped like a triangle or a child’s toy top, with a narrow, pointed tip. Its mild taste makes it particularly popular among foreigners. It is versatile enough to be prepared in a wide variety of ways. When stuffed with cheese, beans, chicken, fish, shredded pork, mushrooms, or the more elegant crab or lobster, this simple vegetable becomes a meal in itself. In is commonly stuffed in the Mexican tradition, dredged in flour, coated in a light egg batter, fried until golden brown and served in a tomato-chili sauce.
Around Independence Day in September, poblano chilis take on a festive air. They are dressed up in the colours of the Mexican flag, red, white and green, to make chiles en nogada, filled with a sweet, ground beef scuffing, drenched in an off-white, creamy walnut sauce and garnished with deep red pomegranate seeds.
Poblano chilis are often eaten raw, sliced into strips or rounds, diced or chopped to top a salad, soup or main course. When sliced into thin strips, cooked with onions and cream, they become the perfect taco filling. They are also the basis for a staple in the Mexican diet, green rice. There are other varieties of this same chili, such as a deep orange-red one with a more intense flavour. When dried, the light green poblano chili is known as ancho chili and the dark green one, the mulato chili. They both have a rich, smoky flavour, relatively mild yet zesty.
Both the fresh and dried poblanos are readily available in U.S. supermarkets and grocery stores, due to their mildness and popularity. However, it is confusing to shop for the poblano chili, since its name varies in different regions. For example, they are referred to as pasilla chilis in California, whether dried or fresh. 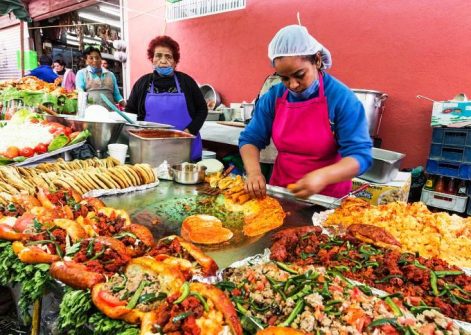 To prepare the poblano chili pepper and bring out in unique flavour, roast it over the direct flame of a gas range. If you have an electric stove, use a comal griddle or heavy skillet. The traditional procedure is to place the roasted chili in a plastic bag to ‘sweat’ which makes it easier to peel the skin. After removing the charred skin, rinse it in running water. Next comes ‘deveining’. This means removing the thin, light coloured veins inside the chili by slitting it carefully on the side. These veins give chilis their potency. The aroma will fill the air, generally giving you an idea of its piquancy. If you want to tone down the spiciness, soak the chili in salt water, or a mixture of salt water and vinegar for 15 or 20 minutes. This will remove some of the bite without affecting the flavour. If you cannot find poblano chili, safe substitutes are fresh Anaheim or mild New Mexican chilis, mild banana peppers or canned mild green chilis. Also common is the jalapeño, a smaller chili often used as condiment, either pickled as a garnish, or in thin strips added to a stew or main course to give the recipe zing.
Smaller than the jalapeño and often hotter is the serrano chili, frequently referred to as ‘green chili’ (chile verde). These long thin triangular chilis are firm, green, full of seeds and piquant. A favourite among fire eaters! Be careful when handling them. And remember that the chili’s spiciness is usually most concentrated in the veins on the inside and the seeds, so be sure to remove them thoroughly if you want to tone down the chili. They can also be soaked in salted water or a water and vinegar mixture for a milder taste.
Chilaca chilis are long, thin and deep green and can grow up to I2 inches in length. Other fresh chilis common to Mexico are manzano and habanero. Ancho, mulato, pasilla, guajillo, cascabel and catarina are all dried chilis produced in central Mexico. Although it is recommended you remove the skin by roasting, many fresh chilis such as the poblano, or dried chilis like the ancho and mulato are toasted or stir-fried before being added to sauces and stews, skins intact. 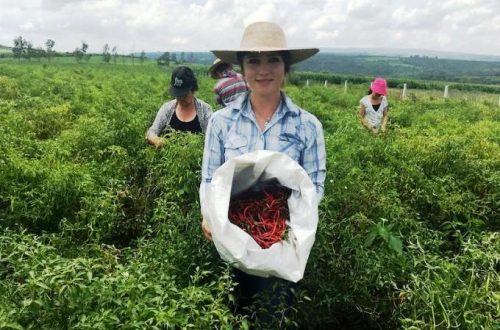 All dried chilis must be washed and patted dry before use since they are often dehydrated in unprotected, outdoor environments. Seeds are often removed and saved to temper piquancy of sauces and dishes, since it is always easy to add spiciness and almost impossible to tone it down.
To roast, preheat a tonal or heavy skillet without any oil. Once the comal is medium hot, lightly roast the chili, turning regularly with tongs to ensure evenness. Once roasted, the chili gives off an aroma and is somewhat more pliable. Be careful not to over-roast, or you will wind up with a roasted, burned chili. Only when preparing chilis for a mole sauce can they be roasted longer. You can add the whole roasted or stir-fried chili directly to your dish, or you can crumble it. Many recipes call for pureeing it with other ingredients in a blender or food processor. Of course; the traditional, authentic way is to grind it by hand in a volcanic stone mortar called a molcajete or a flat volcanic stone called a metate in Nahuatl.Ancho and mulato chilis are basic ingredients in most Mexican cuisine. They are the basis for Mexican sauces, like adobo, a common chili sauce prepared with onion, garlic, oregano and vinegar, used to marinate meats, poultry or seafood. They can be combined with chipotle or guajillo chili for a special flavour.Ancho chili peppers are traditionally prepared very much like poblano chilis, stuffed with cheese or avocado, and drenched with a vinaigrette sauce; or combined with onion, garlic, cumin, oregano, cinnamon, cloves, peppercorns and olive oil to be pickled or as a superb enchilada sauce. 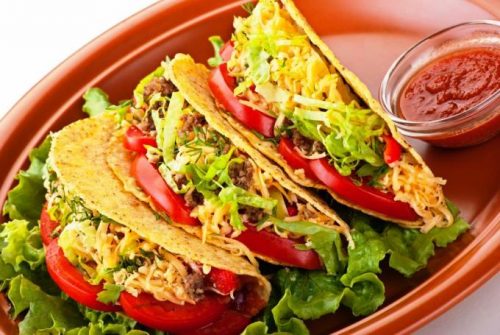 They are also the basic ingredient for mole sauces, soups (like tortilla soup), and for flavouring corn tortilla dough. Coloradito, ‘little red mole’, is one of the famous seven mole sauces from the Oaxacan region, made from the dried ancho chili.
Mulato chili can be used like ancho, but its taste, quite different from the ancho, gives most dishes a distinctive flavour. A combination of chilis, plus sesame seed, almonds, plantains and chocolate make the sauce for Oaxaca’s famous black mole sauce. Ancho and mulato chilis can be used interchangeably in recipes. Substitute dried red California chilis or dried red New Mexican chilis if you can’t find the authentic Mexican variety. These are often referred to as pod, ristra, or chimayo chilis.
Chili peppers are rich in vitamins A and C, enhancing even the poor man’s diet with valuable nutrients. They stimulate the appetite and, by increasing salivation, actually aid digestion. Corn, beans and chili, the staple of Mexico’s ancient and modern diet, complement one another. The interdependence of these components balance the overall nutritional value of the Mexican diet.