During its history, Oman has been known by different names. Arab tribes, who emigrated from the territory of ‘Uman in Yemen for agriculture or fishing, which boasts an ancient civilization, are likely responsible for the current name of ‘Oman’.

And Oman was well known in antiquity. Sumerian tablets describe a land like that of Magan, a name that refers to copper in antiquity. And Sumerian navigators could have settled in ancient to extract copper and to build boats. Mezoun, another name reported for Oman, is a derivative of the word muzn which designates overflowing and abundant water. Indeed, a millennial irrigation system, known as falaj is still in use. In classical Arabic, the term means “to divide in parts”.
In Oman the falaj allowed water to circulate from houses to cultivated land through an ingenious system of channels dug in the ground, drawing water from phreatic or wadi sources. 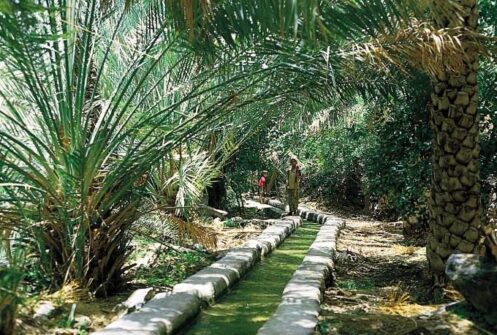 The name befits the land of Oman, which has remained to this day more fertile than its neighbors.  Cyrus the Great, founder of the Persian Achaemenid dynasty, conquered Oman in 536 BC, naming the land Mazoon. The Arabs of Oman then took refuge in the interior and the coast south of present-day Muscat. In the middle of the V century AD, the Arab tribe of Azd, led by Malik ibn-Fahm, expelled the Persians from the country in 640. But, almost 1,000 years of Persian domination have certainly left their mark on the territory.Oman is thus one of the first nations of the peninsula to embrace Islam, and this just before the death of Mohammed in 632.
Oman has often been dominated by foreign powers. The famous Arab historian Ibn Batuta traveled there in the 14th century during the period of the Nabhanid dynasty. The young explorer in his twenties described a land of “pretty mosques” and “beautiful markets” and ports. 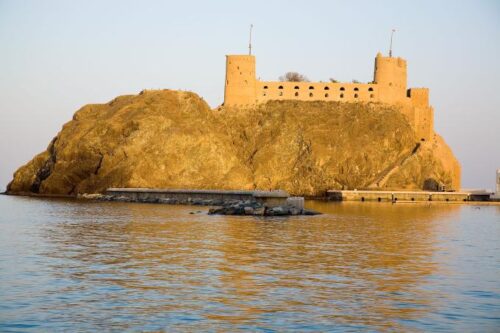 Al Jalali Fort. It was built by the Portuguese under Philip I of Portugal in the 1580s.

Following the fall of the Umayyad dynasty in 751 AD, Oman was an imamate, which lasted until the mid- 17th century. Oman’s appetizing geographical position drew Portuguese invaders in 1507, a decade after Vasco da Gama navigated around the Cape of Good Hope. Portugal used Oman as a base from where to control its naval traffic toward India.
The Portuguese conquered Muscat in 1508 and proclaimed it the capital. They settled on the coast, where they built many forts and some of these have survived. In the second half of the 17th century, Portugal lost control of Oman to the ascending Omani sultans.
The Portuguese are said to have both failed to establish good relations with the local populations, and failed to exploit the commercial advantages they had along the Indian route against other emerging European trading powers. The next centuries were marked by periods of great prosperity for Oman. In 1625, Sultan Nasir bin Murshid was the first of a series of enlightened Sultans.
They drove out the Portuguese invaders, and became themselves invaders taking over parts of East Africa including the port of Mombasa, Zanzibar, parts of present-day Iran and Pakistan. By the advent of the 18th century, the Sultanate of Oman dominated naval traffic in the Strait of Hormuz. Disputes over succession weakened the Sultanate, allowing the Persians (Safavids) to briefly control Oman between 1737 and 1738. The Omanis repelled the Safavids and in 1749 Ahmad bin Sa’id Al Bu Sa’id became Sultan of Oman. He would be the founder of the dynasty that has controlled Oman until the present day. 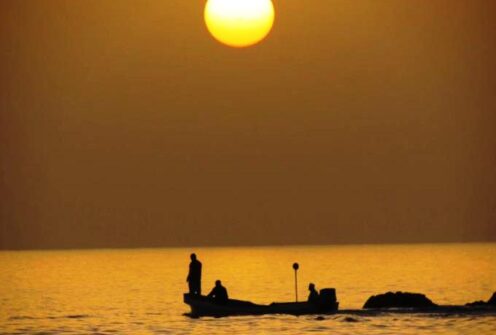 During his reign, Oman expanded again, but ran into the British, who by the 19th century had accumulated significant commercial interests in India, making them determined to control trade along the route linking India to Europe. There are important patterns that emerged in the period from the 17th century to the present day. The most notable is the competition between the coast and the interior. The Sultanate of Muscat, concentrated its power along the coast and had a large naval fleet, while the interior was under de-facto control of local Ibadi imams.
In the 1820s, the sultanate on the coast lost most of its territories in the Persian Gulf which became part of the Trucial States (now known as the UAE) under British protectorate. With the advent of steam power, the Omani fleet was unable to compete with the British and Oman lost control of the trade routes with South Asia.
But the British managed to interfere in Omani politics, and after a dynastic vacuum left when Said bin Sultan died without an heir in 1856, it was the British who suggested appointing two al-Said rulers. The first Thuwaini bin Said would rule over the interior imamates. The second would rule over the Sultanate of Zanzibar.The resulting historical division between coast and interior would last for much of the 20th century. 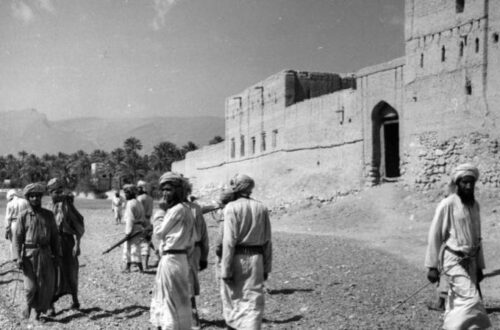 The discovery and extraction of oil in the Persian Gulf in the 1920’s exacerbated the dispute between the Sultan of Muscat (coast) and the imams (interior). The last of the Ibadi imams, Ghalib Bin Ali, sparked a revolt to protest the Sultan’s decision to grant the Iraq Petroleum Company an important concession in the Imamate region. The conflict led to the Jebel Akhdar rebellion, defeated by Sultan Said bin Taimur with continued British military support. Meanwhile, Iraq Petroleum, founded Petroleum Development Oman and eventually merged into the entity now known as British Petroleum, which has played no small role in drawing British government military missions to defend the Sultan since the 1950’s. In 1957, after the outbreak of yet another Ibadi rebellion – backed by Saudi Arabia – British forces bombed Nizwa, capital of the Imamate, overthrowing the Ibadi imams who ruled over it. The Seeb treaty ended the Imamate of Oman. (A.B.)