Fifty years in India alongside the lepers. Curing their wounds but also rejoicing with each one for new found life. This is the story of Sister Bertilla Capra, 82, an Italian Consolata Missionary.

It was in June 1970 that she arrived in Andhra Pradesh, her first appointment. “Before leaving – she recounts – I went to Fontilles, in Spain, where I completed a specialised course in the care of lepers. Nevertheless, it was a hard blow to experience the reality of India and especially the leprosarium”.
A few months later, she had another equally striking experience: in 1971, the war brought bloodshed to neighbouring Bangladesh, and thousands of refugees poured into India. Sister Bertilla then moved to Calcutta where she lived through that experience alongside Mother Teresa, providing help in the front line to people who had lost everything. “I worked together with her and her sisters during a cholera epidemic – the missionary recalls – During those months in Calcutta, the situation was calamitous and we could not even count the number of the dead. I have never in all my life seen anything like it”. 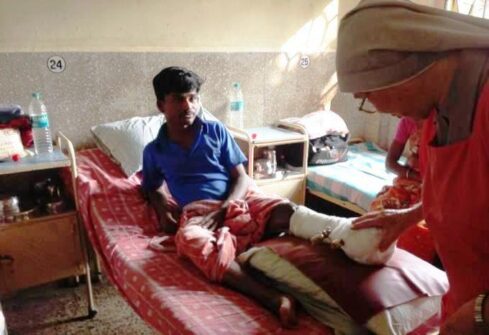 She then returned to Eluru, in rural India, still with the leper patients and their children, who were accommodated in a special hostel. “Since they were born in the leper colonies – she recalled – it would not have been wise for them to stay there. They needed a place where they could grow up healthy, outside that environment”. Finally, in 1981, the Vimala Dermatological Centre was opened in the immense outskirts of Mumbai. It is still her daily destination.
In the meantime, however, many things changed in the treatment of leprosy: “When I first came – she explains – the Sisters who opened the Centre in 1979 identified between twelve and thirteen thousand lepers in the area. Today there are only a few hundred.” This is the result of the giant steps taken in the field of medicine: today, leprosy is a disease that can be cured by medicine that is easily acquired and if action is taken in time, physical deformity can be prevented. However, the fight against leprosy still requires great efforts in control and prevention. 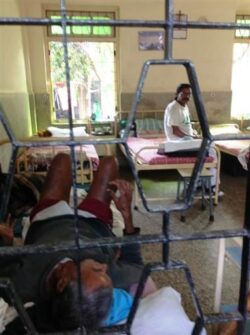 “We are continuing our penetrating work of raising awareness among the population entrusted to our care by the government in these poor outskirts of the immense city of Mumbai – Sister Bertilla recounts – and we have worked well: today we manage to keep the disease under control. We must remember that this is a metropolis where people come from all parts of India; unsuspected cases may easily emerge, as leprosy has no immediate symptoms. It is a rather latent illness; it has a long incubation period and begins with small marks that can be recognised”.
The Vimala Centre has today around seventy patients, both men and women and it has a small hostel with about ten children who have contracted this disease in various ways in their families. Looking after the sick also involves taking care of the children.
What would it take to wipe out leprosy? “I don’t think it can be eradicated; – the missionary answers – it has to be controlled and this is what we are doing. Together with our paramedical personnel, we go around the area the government assigned to us; we ask the people to understand the symptoms to look for and we explain where to go if they find any. It is important to treat leprosy as soon as it is identified.
This is the only way to avoid having confirmed cases where the body is disfigured. We can avoid these if we manage to control the situation
in the territory”. 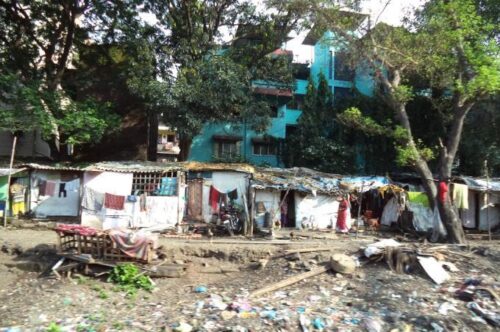 On the outskirts of Mumbai. (Photo: A.Savin/WikiCommons)

This is the key to helping to defeat the social stigma that always goes with leprosy. “The two things are connected, – Sister Bertilla continues – it is really pitiful to see a person deformed by advanced leprosy. The fact is that people on the buses keep away from them and this is only human. Then, of course, the lepers themselves will withdraw to ghettos in the slums since they do not want to be seen in such a condition. This is why it is so important to let the people know that leprosy is not a curse but a sickness that can be cured like all the others. We need to tell them that when it is soon discovered and recognised, it does not do permanent damage. This method has to be followed with much patience”. Now, however, India too has to face up to a new disease known as Coronavirus. What is the situation here? “It is hard to say, – the Sister remarks – it is not clear how the Covid behaves. Here in India, of course, not all is revealed: there are no exact figures of deaths and people are not careful in observing social distancing. In our leprosarium, we keep people isolated but the road outside our Centre is full of people without face coverings and there is no sanitiser to be seen …”. 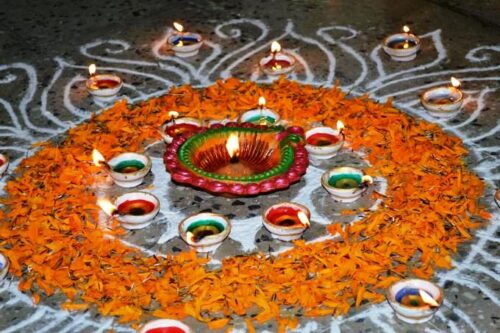 What is certain is the heavy blow struck by the economic crisis to the poor people of India “When the lockdown began, the Consolata Sister recounts, we tried to help the people as much as possible: all our lepers are poor. We began buying rice, cereals and sugar to distribute food parcels to people we know: we handed out 500 of them. In a metropolis like Mumbai, this is just a drop in the ocean. Poverty is spreading: I cannot imagine how people manage to survive today in the slums”.
However, not even these difficult times ought to make us despair. “The Lord is speaking to us, – the Sister adds – we must not lose hope: our faith must keep us going. We ought to cling more to the Lord at times like these. It really is a time to examine our consciences”.
Thinking of her fifty years in India, Sr Bertilla says: “One of the best things India gave me was the Diwali, the festival of light. The Hindus celebrate it according to their mythology: light overcomes the darkness and the streets and houses are full of lights. For us Christians too, Jesus is the light of the world. This is the message we want to bring
to our people”.