The 2018 FIFA World Cup to be held in Russia will be the greatest sporting show on earth this year. Between 14 June to 15 July, 32 team will make billions of people dream, enjoy and weep. Africa will be represented by five nations.

Because of the political and military involvement in different areas around the world, several groups and politicians have put Russia as World Cup host in serious question. But  the implication of Russia in sport’s systematic doping affairs has also mattered. However, football fans say that each and every World Cup host nation has faced questions about their  suitability to stage one of the biggest and most prestigious sport events. Russia not less so.
Since December 2010, when Russia was allocated the 2018 tournament, the government in Moscow has prepared for the show this summer to impress the world.  And president Putin likes the idea of the show. 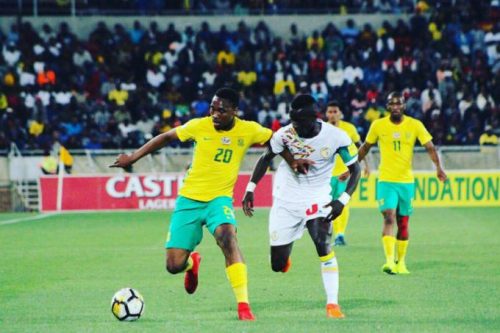 Thirteen teams from Europe, five from Africa, five from South America, five from Asia (including Australia) and three from North and Central America will set the way for the this year’s greatest sporting show on earth. FIFA has selected 36 referees from all over the world for the World Cup.The games will be played in 12 venues in the 11 host cities spread across the country – from the border with Asia in the East to a western outpost that is closer to Berlin than it is to Moscow. Luzhniki Stadium in Moscow (81,000 capacity) will be the main World Cup central venue. The Stadium will host the opening game (14 June, Russia v Saudi Arabia), three other group matches, a semi-final and the final itself. The final of the 2014 competition in Brazil was watched by 1.01 billion people live, with the entire competition watched by over three billion viewers. The numbers are expected to rise even higher this year.

Since October 2015, 40 African teams have played in 127 matches with 315 goals scored, in their attempt to reach the finals in Russia. Only five have qualified: Egypt, Morocco, Nigeria, Tunisia and Senegal. 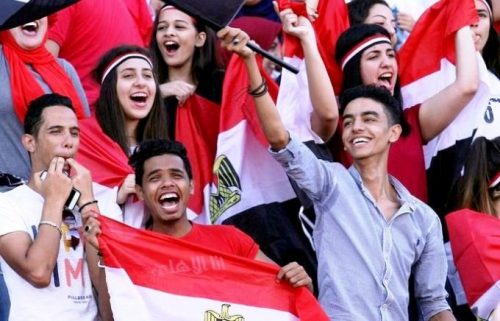 For Egypt, it will be the first appearance in the finals after 28 years. The Argentinian manager Hector Cuper will use 4-2-3-1formation, a defensive and practical method. It is a tactical approach that the fans do not like too much, since they favour a more aggressive approach. However under Cuper, the Pharaohs have also had an impressive goal record.Two players are to be looked at closely: the Arsenal midfielder, Mohamed Elneny, who has become an important and influential player. He is the one who takes the unfashionable midfield job; and Mohamed Sahah, the current African Footballer of the year. Mo Salah is already a star among the Liverpool fans. He has been there for only one season but his creative style and eye for goal will make the difference. There are real hopes of finishing second in Group A after Russia. 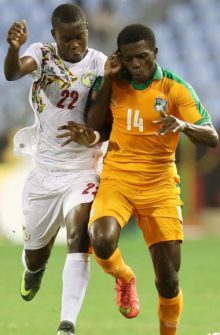 After 20 years, Morocco is back and in Group B, it seems the struggle will be an Iberian affair: Spain and Portugal. However, Morocco could take advantage. French manager Hervé Renard has presented an impressive record in qualifying, with a strategy based on a tight defence at the back with a 4-5-1. Three players must be taken into consideration: Mehdi Benatia, who plays for Juventus in Italy and is currently one of the best defenders and a clever reader of the game; Hakim Ziyech of Ajax and Southampton’s Sofiane Boufal should also contribute interesting surprises and fantasy to the game.
On 26 June, African fans will enjoy the big match between Nigeria and Argentina in the super modern St Petersburg stadium. Group D throws up some interesting encounters. If the bookmakers give Argentinians first place, the second will be between Croatia and Nigeria. The Super Eagles will not lose their opportunities. So far the 4-3-3 opening formation has served Nigeria well but, according to the game, the German coach Gernot Rohr may use a more cautions 5-3-2 approach. Chelsea’s Victor Moses and Arsenal’s Alex Iwobi will make the difference. Kelechi Iheanacho of Leicester, a 25 year-old forward has an impressive   goal record. Nigeria is a young team and under captain John Obi Mikrl will show what they can do. 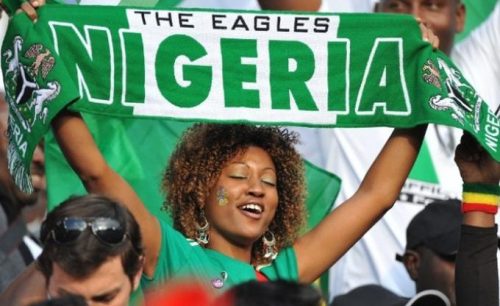 In Group G, there are two big European teams: England and Belgium. Many Belgian players are in the Premier League in England and England has only lost once in the previous 21 encounters with Belgium. But this time it could be different. Both are favourites. Tunisia, having spent 12 years out of the World Cup, are ready to show what they are capable of. The Tunisian coach, Nabil Maaloui can use a 4-2-3-1 or 5-3-2 tactical aproach, depending on the opposition. One player in particular, the midfielder for Sunderland, Wahbi Khazri, is very dangerous when running with the ball. What is sure is that the Eagles of Carthage will not be in Russia as tourists! 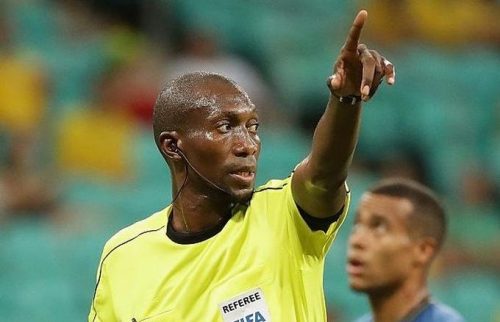 Senegal is in the last Group H and they arrive to the World Cup after 16 years, with remarkable talents. Sadio Mané, a Liverpool hero in the Priemier League, has fantastic pace and vision and a brilliant eye for goal. Cheikho Kouyaté is a central midfielder with West Ham United. He is a tall, and strong player whose abilities will make him a key figure in the squad. The manager Alious Cissé will adopt a 4-3-3 formation based on pace and a mentality of putting pressure on the opposite team. The bookmakers give Poland the odds as favourites along with Colombia who arrived as quarter-finalists four years ago. However Senegal will certainly make their presence felt.
Millions of African fans will watch the games with joyful hearts and enthusiastic enjoyment with the hope that one of the African nations will make real history in the 2018 FIFA World Cup competition.