The tension between the presidency and the ecclesial hierarchy has considerably affected baptised Filipinos. The general elections that brought Rodolfo Duterte to power on 30 June 2016,  and this was the choice of the majority of Catholics, have not been substantially  rejected by them; on the other hand, the contemporaneous adherence to presidential policies and the principles of the Christian faith creates not a few problems of conscience.

Duterte, who abandoned Catholicism for sectarian Christianity, proclaimed the “irrationality” of the faith and even made a direct blasphemous criticism of God regarding creation.
On 22 June of last year, he launched an attack on the Biblical narrative, speaking openly of the “stupidity” of God for having given life to a perfect condition only to later provide humanity with the power to destroy its own eternal happiness. We may well imagine how many Filipinos reacted, all the more since this time Duterte did not attack exponents of the Catholic Church but the Creator himself. 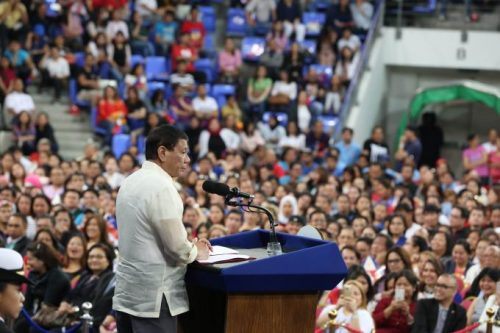 The social media were flooded with a storm of protests, anger and reactions even abroad and some political allies of Duterte said they were alarmed by the insults, seemingly unlimited, directed not only against anyone identified as an adversary but even against the Creator, the first reference point for all Catholics.
The president again succeeded in shocking his adversaries and increasing unease among his supporters when, a few days later he said he was “ready to tender his resignation” if “a single witness” was able to prove the existence of God; better still if he could provide a photo confirming his ability to see God and speak to him. Significantly, he was, at the time, in “his own” city of Davao.
Duterte may well be seen as a man with confused religiosity and an unusual personality. Nevertheless, under his administration the rule of law is being constantly violated and the resistance of the “least important”, supported by civil society and the Church, fights for survival against the expropriation of lands and resources which takes place, often ignored by, or with the connivance of the authorities and
even the security forces. 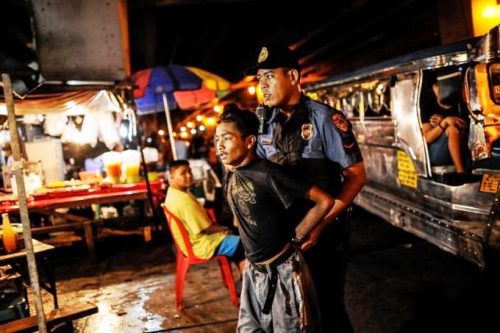 This tension is to be added to that created by the “war on drugs” and its estimated twelve thousand victims, of which only one third are acknowledged by police to be the result of actions against traffickers and drug-pushers or to the militarisation of vast areas of the country, including the South where martial law is in force. They ones who pay the price for all of this, often with their lives are the dissident administrators, journalists, activists and priests.
The continual verbal aggression against religious “may unwittingly provoke further crimes against priests”, said the Archbishop of Lingayen-Dagupan, Socrates Villegas, after assassins had killed Father Richmond Nilo on 10 June, 2018, in the province of Nueva Ecija, and before him, Father Mark Ventura, on 29 April in the province of Cagayan and, on 4 December 2017, Father Marcelito Paes in neighbouring Nueva Ecija.Of the many fronts on which president Rodrigo Duterte is fighting to impose a rule which his critics believe aims at dictatorship and which imposes questionable solutions to the many “evils” of his country that of the control of civil society is not the most controversial but is certainly that which most places the leadership in danger. This tension has already claimed many victims, including men of the Church and Christian leaders, but it has failed, up to now, to silence especially activists for human rights and independent mass media 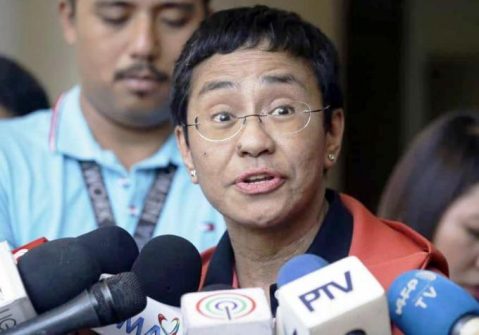 Of particular importance was the arrest, on 13 February 2019, of Maria Ressa, founder and director of the information website Rappler, and her release under caution the following day. The journalist had been condemned in 2017 following a Rappler enquiry in 2012 into relations between borderline profiteering, drug trafficking and human trafficking. She described her condemnation as “groundless” and “amazing”, made possible only by the law on defamation which came into force after the publication of the enquiry. Maria Ressa, released under caution, and her website are accused of tax evasion, a crime punishable with a maximum of ten years in jail. Her lawyers and supporters believe these accusations are in response to criticism of the “war on drugs” which has so far claimed between twelve and fifteen thousand victims and of the authoritarian tendencies of Duterte. Known for her commitment, in December 2018 the activist was included by Time magazine among the “people of the year”. (S.V.)