Marriage is related to the continuation of the family and the community among the Asheninka, an indigenous population who lives in the central forest of the Ucayali district in the province of Atalaya in eastern Peru.

Both types of marriage, the monogamous and the polygamous, are practiced among the Asheninka. If a man opts for the monogamous marriage, he makes a preliminary agreement with the parents of the woman he intends to marry. This agreement can remain in effect for a few months, or half a year, the time necessary to the couple to get to know each other, at the end of which they decide whether to formalize their union or separate.
The final decision is made not only by the couple but mainly by their parents who observe their behaviours and give suggestions.
For this reason, the young couple is supposed to visit each other’s parents and spend time with them, because they are the ones who will have the final say over whether or not the couple can get married or must separate. If the couple gets married, they will remain together until death separates them. 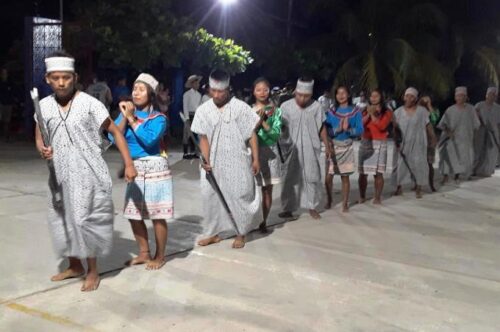 Some Asheninka men, mainly the heads of the community, the curacas, choose the polygamous marriage. In this case they must talk about their decision with their future first wife and make sure that she will accept her polygamous marriage. If men want to marry more than one woman, they are supposed to show that they are skilled farmers, skilled hunters (mitayeros) and good fishermen because they must show that they will be able to sustain their family. Once they can prove they have all these requirements they are allowed to have several tsinanis (wives).
Among the Asheninka communities, one of the man’s fundamental duties to his family is to build a house. Those men who intend to marry more than one woman, are supposed to build a house for each wife, in this way, each woman will be able to have her own space where she can raise her children. Men must also provide food for each wife, so they are supposed to hunt, fish and plant cassava, banana, beans, rice, and other products. Polygamy is accepted among the Asheninka in order to increase the number of the members of their communities so that they can better defend themselves from the dangers of the jungle, from the attack of neighbouring communities or from any other evil that may threaten their personal, family and community life. 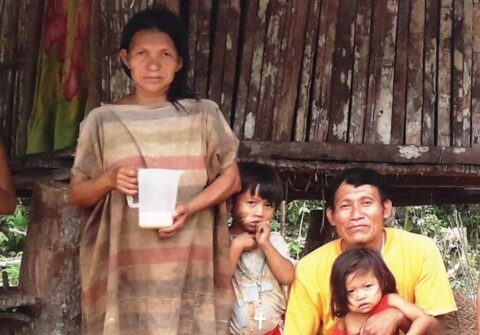 According to oral narrations, the Asheninkas were, once, nomadic peoples who moved from place to place as a way of obtaining food, finding pasture for livestock, or otherwise making a living. They were often in conflict among themselves and neighbouring communities. Any disagreement was a good reason to fight and even to kill. Death, therefore, was not infrequent among this population, so, having several wives and many children meant to guarantee the continuation of the lineage and clan.
The parents of the future spouses make a preliminary agreement before the celebration of the wedding and then schedule a date. Before the day of the wedding ceremony, the groom is supposed to go into the jungle to hunt and bring game for the day of the celebration. On her side the bride makes masato (yucca drink). On the day of the wedding, at noon, the groom brings the animal that he has hunted and offers it to his future wife, in the presence of invited guests. The bride, in turn, offers the groom a pachaka (pumpkin container) containing the masato she has prepared. The bride wears a new kushma, the Asheninka traditional dress, painted with achiote pasta obtained from the achiote tree, more commonly known as annatto, whose seeds have a covering of yellowish orange to reddish orange powder. She also wears a crown decorated with beautiful flowers. The groom, after drinking the masato, goes to bathe and get dressed. He also wears a new kushma and a crown adorned with macaw parrot feathers. 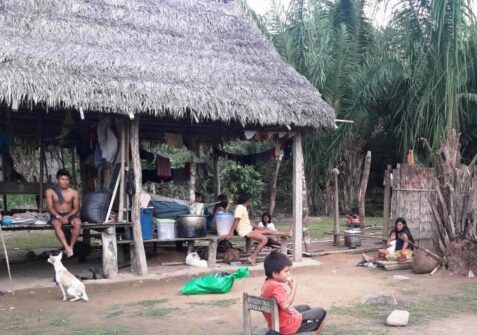 The head of the community declares the spouses husband and wife, and the sheripiri (shaman), performs the ancestral spiritual ritual of pusanga (drink prepared with aromatic herbs). He offers the drink to the couple and puts small bracelets in their hands. The celebration continues and the guests sing and dance to the rhythm of music and enjoy the food: yucca with cooked green plantains accompanied by roast meat. Later the invited guests give the new couple gifts such as hunting, fishing, and cultivating tools, kushmas, animals, fruits and those essentials for a new couple starting their life together. The absence of a godfather or other wedding witnesses is a particularity of the ancestral Asheninka wedding ritual. The agreement between the two families is enough.