Young people are taking to the streets defending democracy. Violence and arrest by the police. Beijing shows its military power. What future has Hong Kong? In this exclusive interview we talk with Martin Lee, founder of the Democratic Party of Hong Kong.

You have founded the Democratic Party of Hong Kong. What is the aim of this party?
The original plan for the integration of Hong Kong with mainland China was engraved in the sentence: one country, two systems. It meant that Hong Kong would be ruled by local people with a high degree of autonomy from the mainland, and that they would keep all freedoms and their democratic way of life for a period of fifty years. Many understood the importance of having political structures that could serve this purpose. So we thought of forming a political party. 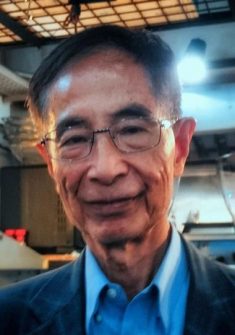 By 1984, we had founded the first party, the United Democrats of Hong Kong, which ran for the elections that year. Later on, we joined another party called the Meeting Point, thus forming the Democratic Party of Hong Kong, which is still active today. I was the founding chairman for both. At the time, it was the largest political party in our territory. The first universal suffrage elections in 1991 saw us winning and gaining 18 of the 55 seats available in the Legislative Council. This political activity was to prepare for the handover from British to Chinese rule, it was to prepare for the transition. We thought it was necessary to form a political party, so that is what we did.

Today Hong Kong is engulfed in political tensions and violence. Young people are taking to the streets to defend their rights. What is your position on this?
The youth of Hong Kong are doing what I have been trying to do for the past thirty-five years, albeit with a different style. I always thought that Hong Kong could not survive successfully under Deng Xiaoping principle of one country, two systems, unless two conditions were fulfilled. The first condition is that there must be democracy in Hong Kong so that Hong Kong’s people themselves may elect their own chief executives, as well as all the members of the legislature. In this way, our leaders would find it necessary to defend our Hong Kong core values and our way of life. Whenever there was a conflict of interests between Beijing and Hong Kong, our elected leaders would find it necessarily to stand by us, together with our people, otherwise they would lose the next election. So that is a very important condition. 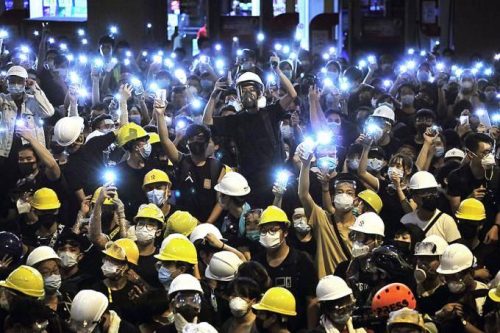 The second condition is that the central Government should not interfere with Hong Kong internal affairs. One should never forget that mainland China is huge, with a population in excess of one billion people. Hong Kong has a population of only five and half million, some say seven and half million people. There is no comparison at all. I always give the analogy of the seesaw game that we used to play when we were kids. In that game one must find a balance. If you have one grown man seated at one side of the seesaw plunk and a little kid seated on the other, this would always work in favour of the man. There would be no game for the kid. The only way to balance the plank is for the man to move towards the centre until there is equilibrium. I always use this example. The government in Beijing must not interfere and must allow Hong Kong’s people to take their own decisions. These are the two essential elements for the one country two systems policy to succeed. These points are foreseen in the agreement between China and Britain and that treaty is registered with the United Nations. These policies were also written down in our local Constitution. They can work, provided those conditions are complied with.

Do you think the Government of China can afford giving freedom to Hong Kong?
At the time of the British handover to China, I had my doubts. However, the whole idea was Deng Xiaoping’s brainchild. He thought of it not as the answer to Hong Kong or Macau’s needs. He did not even think of Taiwan, which is a far larger place. Deng Xiaoping was thinking of mainland China. He clearly foresaw the abandoning of socialist policies in due time. He realized the importance of departing from socialism and finding a closer cooperation with capitalist countries. He wanted Hong Kong to lead the way. In the early eighties, he had introduced the four modernization programmes for China. He now wanted Hong Kong to lead the way like the engine of the train, leading China forward. That is why he did not want Hong Kong to change. Fifty years, no change. He needed that time to allow mainland China to adjust. 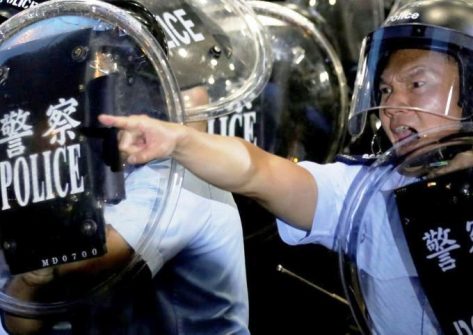 There was an important meeting between Deng Xiaoping and Margaret Thatcher on December 19th, 1984. During that meeting, Deng Xiaoping assured the British Prime Minister she need not worry about the fifty years idea because China needed that period to develop its economy. He told Margaret Thatcher it was China’s wish to have those fifty years for transformation. At the end of that period, China would have joined other nations on an equal footing, integrating into the world economy without prejudice and with a common vision of prosperity for all. All would be depending on one another. I found the minutes of that meeting only in 2014. The British Government kept this secret for thirty years and then released it in December 2014.

Yet we see much violence and strife?
I thought the plan would work because it was in China’s interests to make it work. Unfortunately Deng Xiaoping’s successors did not have the courage, wisdom or the conviction to continue with this plan. When people demanded democracy as promised, and Hong Kong did not wish for interventions from China as promised, the central government in Beijing to control Hong Kong more and more. The reaction was that a quarter of Hong Kong’s population took to the streets. Still the Government did not give in. 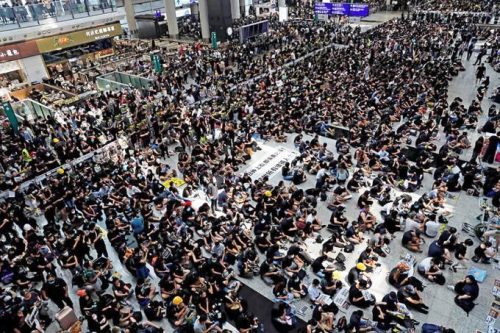 Our young people are now marching in the streets for autonomy and no intervention, they want democracy. These were promised, and for thirty five years people have been fighting for them by all means. China ignored us and our peaceful calls. The young people thought they had to use some force to obtain their rights. The spark for this revolt was a proposed bill which would have given the central government a free hand in arresting and prosecuting people with flimsy evidence, transferring any accused person to mainland China. This was a clear way to undermine Hong Kong’s independent justice system. Hong Kong people have woken up, they have seen how damaging this bill was and now we have demonstration after demonstration. (Joseph Caramazza)