Kyrgyzstan merits to be called a ‘geopolitical pivot’. It is a territory that, due to its geographic characteristics, occupies a central position in super-power rivalry.

A landlocked country, it is prevalently mountainous and Tian Shan Range occupies 65% of its territory. To the east it borders on the Chinese province of Xinjiang, a highly strategic location for Peking, to the north of Kazakhstan. To the east it borders on Uzbekistan and to the south it shares a border with Tajikistan. The population is around five million – of whom 75% are Moslem and 20% Orthodox – composed of many ethnic groups including the Kyrgyz (around 64.7% and descendants of the tribes that settled the Tian Shan in ancient times); the Uzbeks (14.5%); the Russians (12.5%); and various other groups, many numerically small, such as: Uighurs, Dungun’s, Ukrainians, Tartars and even Germans whose ancestors were deported during the second world war from the Polish regions of Ukraine conquered by the Soviet Union. 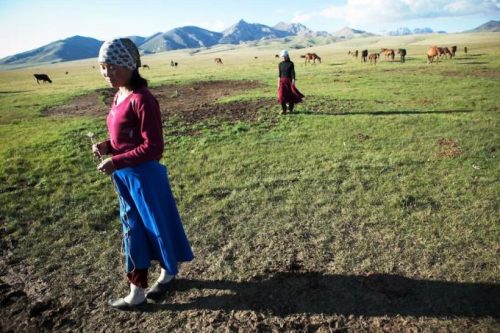 Kyrgyzstan is one of the poorest countries in central Asia with over 40% of the population living below the poverty line. Its economy is mainly tied to a pastoral agricultural system and its mineral deposits such as gold, uranium, oil and antimony. It also has large reserves of coal (estimated at 2.5 billion tons), mostly in the area of Kara-Keche, in the north of the country.
The country, with its capital Bishkek (situated in the plain near the border with Kazakhstan), gained independence from the Soviet Union in August 1991 with, apparently, a policy reform, in the person of the President Asker Okayed, who favoured a gradual change to liberalism that was obviously unsuited to the weak state apparatus and the clan-based social structure, with power in the hands of the leaders.
It also experienced further problems due to the 1993 arrival of refugees from civil war-torn Tajikistan, and from Afghanistan where the Taliban had taken power.
In order to handle these problems, Okayed followed an authoritarian path, due in part to the support he received from the USA which was then involved in the Afghan theatre and received in exchange the concession of airspace and permission to open a base at Manas (closed by the USA in 2014).In 2005, due to the high level of corruption, the conditions of extreme poverty and the division between the industrialised north and the impoverished south, even today a cause of instability, Kyrgyzstan became the stage for violent protest demonstrations that began after the parliamentary elections on 27 February, 2005 that gave rise to the ‘Tulip revolution’. 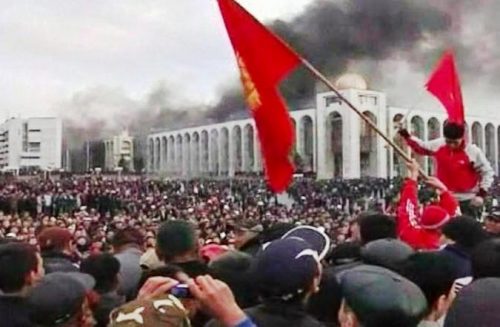 The popular uprising compelled President Askar Akayev to resign and seek refuge in the Kirghizstan embassy in Moscow. This was one of the elements that brought analysts to ask whether Moscow was behind these events in order to protect its own territory and respond to the ‘coloured revolutions’ instigated by Washington in Georgia in 2003 and in Ukraine in 2004. However, the hypothesis was shown to be unfounded when the ‘Tulip revolution’ chose another pro-American president, Bakiyev, who, through a popular revolt, was dethroned in 2010 unjustly accused of having created a despotic and family regime that suppressed all forms of opposition.In 2010 Roza Outnbayeva, leader of the protests, took power and set up a provisional government to reorganise the country. After a few months, an important referendum was held that transformed the country into a parliamentary republic, increased the powers of the prime minister and tried to guarantee internal cohesion and pacification, despite the famous clashes that took place in the city of Osh, between the Kyrgyz and the Uzbeks.The 2011 presidential elections conferred the presidency on Almazbek Atambayev, an exponent of the social democrat party who remained in power until October 2017. Unlike his predecessors, Almazbek Atambayev showed that, in foreign policy, he was very close to Moscow to which he granted control of the air base at Kant until 2032, and joined the Eurasian Economic Union, something that caused discontent in China. 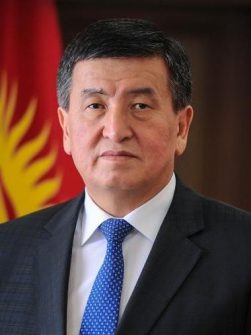 The recent elections in October 2017 saw the election, at the second poll and with 55% of the votes, of Sooronbai Jeenbekov, the candidate supported by his predecessor president Atambayev who did not stand due to the mandate rules of the constitution. When speaking of the 2017 elections, it is important to emphasise that, unlike what happens in other places in central Asia, in Kyrgyzstan the competition for election is real, involving different political agents and marking a positive achievement for a country that, only in recent years, has entered the democratic system and that, since independence, has had to deal with the lack of cohesion among the various minorities that increased an underlying tendency to conflict in some areas – such as that of the Fergana Valley, divided between Kyrgyzstan, Uzbekistan and Tajikistan – which even today represents a dangerous threat to the country. 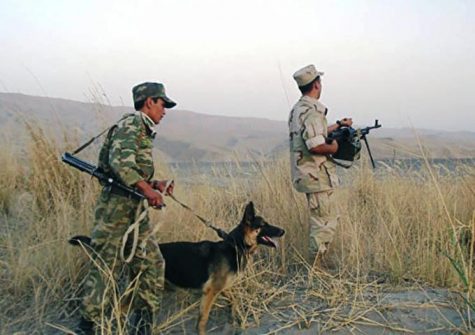 The problem of national cohesion is not the only problem in internal security; it is also bound up with the even more pernicious problem of the Islamic threat which, even if in Kyrgyzstan it has established itself in a less important way with respect to its neighbouring countries, due partly to the repressive tactics used by the local authorities, its development is not to be excluded. In fact, according to experts, the country has all the characteristics – ethnic divisions, widespread poverty, and proximity to countries with radical groups – that allow for the sudden spread of that threat. 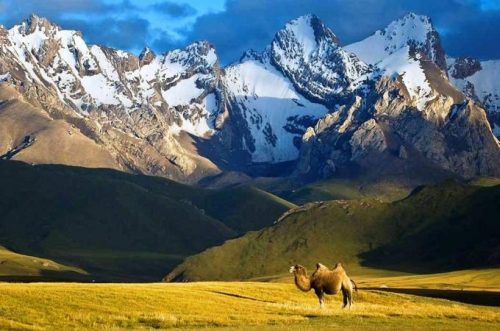 We must also add that the Islamist organisations present in the country run the arms and drugs trades in collaboration with local organised crime and the corrupt sections of the authorities, making Kyrgyzstan a preferred transit junction for opium products (produced partly in the country but mostly from Afghanistan) destined for the Russian and European market. The intertwining of criminality with corrupt sections of the authorities, together with the porosity of its borders and the morphology of the terrain, render ineffective the counter-measures employed by the state.
Again, we must not underestimate the environmental problem caused by the wide use of chemicals in agriculture and the bad management of water resources. In reference to the latter, it is to be underlined that the environmental problems contribute to the increase of poverty of entire populations, exposing them to the call to terrorism and religious fanaticism. (F.R.)