Carajàs is considered the largest open cast iron mine in the world, in the heart of the Brazilian eastern Amazon. After more than twenty years of battles, the first families of Piquiá de Baixo, a suburb of Açailandia, in the state of Maranhã will be able to settle in a new territory, safe from toxic fumes. The commitment of the Comboni Missionaries.

The mining industry, the uncontrolled deforestation that has ravaged the Amazon rainforest for decades, cattle farming, and soybean monoculture, have been Brazil’s major sources of exploitation for decades, often with the connivance of the government – in the vast country. Presidential elections will be held on 2 October – with domestic or foreign multinationals being the main players.
The price that the populations in the areas of mining have paid has been very high, with the loss of health of thousands of people due to the pollution caused by industries that operate indiscriminately, without guaranteeing the necessary protection to the inhabitants.
One of the areas of the country most directly affected by this policy of uncontrolled extraction is in the state of Maranhão, and concerns the community of Piquià de Baixo, a suburb of Açailândia. Now, after more than twenty years of claims for the reparation of the violations suffered, the inhabitants of the slum have obtained the right of resettlement in a new neighbourhood, sufficiently far from the toxic fumes,
called ‘Piquià da Conquista’. 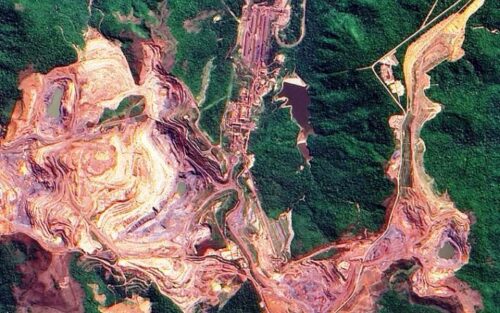 Among the first to mobilize in favour of the community of Piquiá were the Comboni missionaries. Father Dario Bossi recalls: “We immediately supported initiatives and proposals coming directly from the inhabitants: a battle of a small community of about 1,100 people, regarding the sustainable future and the fight against pollution”.
The story began in 1987. At that time the iron and steel industry settled around Piquià with five cast-iron factories, a railway and other mining company facilities. Since then, the presence of Vale Industries Ltd (the second-largest mining giant in the world) and the steel industries have been consolidated, and the population living close to them experiences the damage of toxic fumes on their own skin.
Over the years, mining operations have increased and today Carajàs is considered the largest open cast iron mine in the world, in the heart of the Amazon. The immense logistic corridor for exports (900 thousand km²) crosses two Brazilian states and about 100 communities, with an extension that goes from the mines to the port of São Luís, from which large cargo ships are sent to various parts of the world – today, mainly, towards China, but also towards Europe.
The huge iron and steel mining activities, the production of cement, and the steel mills, have contaminated the air and in general the environment of this region, with a strong impact on the health of the community, as has been shown by precise scientific studies. 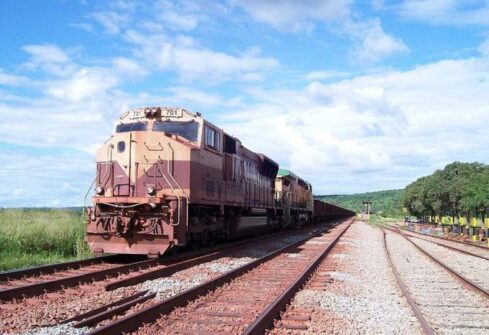 Father Bossi explains: “Companies and public institutions were urged to repair the moral and material damage and to mitigate emissions, but the few replies received were still considered insufficient by the inhabitants who suffered harm”.
The only solution, at one point, was to abandon the area and move people to another place, once the causal link between the health damage observed in the population, i.e., respiratory and other pathologies, and the very high levels of pollution, was confirmed.
In fact, this conclusion was reached by a study conducted by the National Cancer Institute of Milan in Italy, based on the collection of data and the recording of the subjects’ medical history through questionnaires, focusing on cardiovascular and respiratory diseases, with evaluation through spirometric tests.
From the research it emerged that almost 30% of the population analysed had a significant respiratory deficit, a percentage up to six times higher than that of the rest of the inhabitants of Brazil. It should also be noted that the International Federation of Human Rights (Fédération Internationale pour les Droits Humains – FIDH) has repeatedly sided in favour of Piquià, with three reports published in 2011, 2019 and 2022, which highlighted that three-fifths of the community suffer from breathing problems.
The campaign, An invitation to Piquià de Baixo, which the inhabitants of the suburb conducted together with the FIDH, had the objective of denouncing the pollution produced by the mining companies operating there, such as Vale and Grupo Ferroeste. 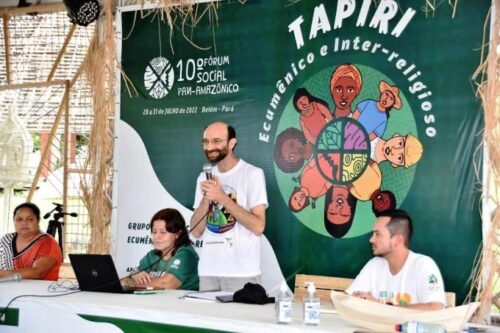 Right from the beginning, the demands of the Piquià community were supported by local associations, such as the Carmen Bascaràn Centre for the Defence of Life and Human Rights, the human rights organization ‘Justiça nos Trilhos’ (On the Tracks of Justice, winner in 2018 of the Human Rights & Business Award Foundation award) and by the Comboni Missionaries. The tenacity and resistance of the population have borne fruit and the first 312 families will shortly be able to settle in the new territory of Piquià da Conquista, safe from poisonous fumes.
Father Bossi says: “As Combonians we have lived the path of denunciation, the defence of human rights and the affirmation of the dignity of all the inhabitants of Piquiá, who have faced the struggle for a new life away from toxic fumes with courage and determination”.
Failing to move the steel plants and alternatively asking for a substantial reduction of harmful emissions that was never implemented, the best solution for the people was the request, now approved, to find a new neighbourhood 8 km from the polluted area, where they could continue to live. “At the beginning of the whole affair, we could have called into question the steel industries, forcing them to transfer their activities, given that the industrial settlement was inserted in an already inhabited context – continues Father Bossi. 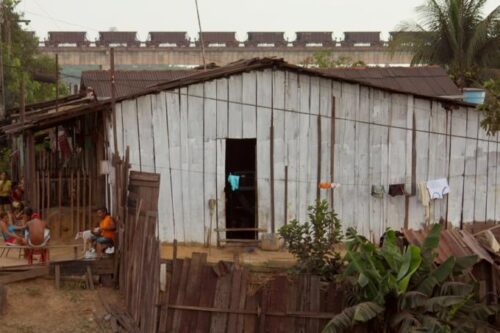 “The alternative would have been to accept to live with the mines, but only in the presence of a guaranteed sizable reduction in emissions, which never happened. For this reason, the community had to opt for resettlement, abandoning its roots to move to a new neighbourhood, on condition, however, that it was built at the expense of the government and those responsible for the pollution”.
It took a lot of effort and organization by the people for the government and the companies responsible for the pollution to bear all the costs of resettlement. In the new areas, houses and room for gardens, recreational and social activities are already under construction, in compliance with the urbanism/health relationship, thanks to the presence of biodigesters, with water purification plants for the treatment and recovery of urban waste. An innovative pilot project for other similar emergency situations.
The new challenge that people are preparing to face concerns compensation for damage to health and the environment. Furthermore, a solution will have to be found for the contaminated area, to prevent other people from occupying the houses in Piquià that will be abandoned by the residents. Among the proposals made, is among others, that of decontaminating and redeveloping the affected area and transforming it into a large public park. (P.S.)