Brazil is the country struck hardest by Covid 19. Combonian Father Saverio Paolillo has sent us some reflections. Rethink our lifestyle.

The Covid-19 pandemic is ravaging Brazil. It has become country with the second largest number of victims after the United States, with over 65,000 deaths and 1.6 million confirmed cases. The figures are probably underestimates. Brazil is one of the countries where fewer tests are being made in proportion to the number of its inhabitants. Reliable studies say the number of positive cases is probably from seven to twelve times more than the official figure. A dramatic scene is developing since we have not yet seen the peak of the virus infection. The most affected area is the south-east and especially São Paolo and Rio de Janeiro. The health service, already stretched due to the lack of investment in recent years, is on the cusp of collapse. Despite the construction of field hospitals, there is no longer room in the ICUs and there is a shortage of respirators. Many patients are piled up in the corridors and die waiting in line. In some areas like Amazonia, people who have died are often found among the patients. 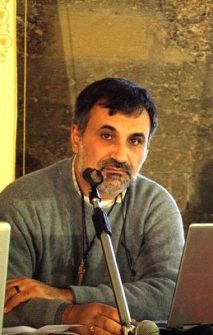 The north-east, too, one of the poorer regions of the country, is facing a difficult situation. In the state of Paraíba where I live, there have been  31,000 confirmed cases and 696 deaths. Unfortunately, the numbers are only approximate since those tested are fewer than the national average. Ever since the first cases, the governors and mayors, seeing what happened in Europe and following the directives of the World Health Organisation, WHO, ordered social isolation and authorised only essential services to operate. However, there has never been a consensus regarding these measures. The federal Government, led by the President of the Republic, Jair Messias Bolsonaro, supported by the military, extreme right-wing groups, groups with nostalgia for fascism, by denial groups and conservative Pentecostals, have always denied the real dimensions of the problem so as not to slow the economy. In his first declarations he described the pandemic as a weak form of flu. On July, Bolsonaro tested positive for the coronavirus.
The Bolsonaro response to the coronavirus has caused national and international protests with any people accusing him of direct responsibility for so many victims. At the moment, Brazil has no permanent minister of health after two ministers were forced to resign in less than a month after clashing with Bolsonaro over the pandemic.
It is impressive to see how, up to now, Bolsonaro has not expressed a single word of solidarity with the victims and their families. 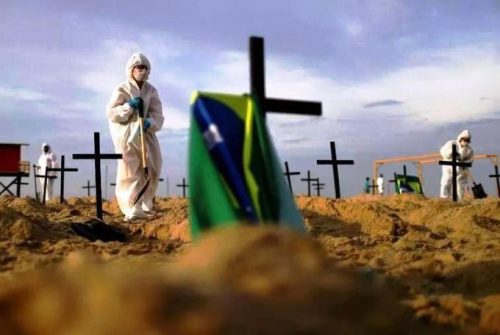 As if the health crisis were not enough, Brazil is also stricken by a serious political crisis that threatens the democratic institutions and risks neutralising all the efforts made by local administrators, medical personnel and responsible citizens to tackle the pandemic. In a recent decision, the Supreme Court has established that, considering the continental dimensions of the country and the great regional differences, it is up to the governors and mayors to decide upon the measures to be taken in their territories. Following the example of Trump, Bolsonaro has harshly criticised the WHO, relativized the pandemic and continues to confuse the people. Tension is growing. The danger of a confrontation is very great. Movements for the defence of democracy are spreading through the social media, and public demonstrations with large gatherings of people are already taking place. Apart from the danger of clashes between demonstrators, there is still that of contagion.
To complete the picture of the situation, we cannot but mention the economic and social crisis with a large number of people living in extreme poverty due to the unequal distribution of wealth. According to recent statistics, Brazil has around 14 million people living in poverty with families earning 145 Reals (25 Euro) per month and 50 million people on the edge of poverty with a family income of 150 Euro per month. The pandemic renders the situation of these families even more difficult, especially in the region where I live (Paraíba) where the indicators of poverty and destitution are even worse. Social isolation is certainly one of the measures essential to the control of the pandemic and to avoid even greater harm, but it is not an easy matter in the shanty towns of the peripheries with their “structural agglomerations”. In the shantytowns of São Paolo, Rio de Janeiro, Manaus, Fortaleza and other large Brazilian cities, the pandemic is running wild, killing many people, especially the poor. 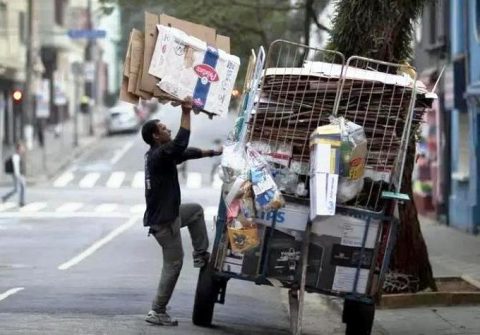 In my quarter, on the outskirts of the commune of Santa Rita, most families live in small unhealthy homes, without a sewerage system and where a supply of water is difficult to find. Besides structural problems, there are also  those that are economic. Most people survive by working in the informal market. Many are “catadores”, gatherers of recyclable material, or vendors. With the advent of social distancing, these workers have lost their only source of income. The poor, once again, are the one who pay the highest price.
The Federal Government has decided to provide economic aid in the form of three monthly instalments of 600 Reals which, at the present rate of exchange, corresponds to about 110 Euro. To obtain this grant, it is necessary to enrol online but there are many poor people who have no access to the internet. Now there are long queues outside the agencies of the Federal Economic Bank which is the state bank responsible for the payments. We have had to create supporting centres in our properties to help people enrol and receive these benefits. To protect people, we have been busy collecting and distributing foodstuffs and toiletries. To date, we have collected and distributed 30 tons of foodstuffs. More than 500 families receive a parcel of food every two weeks. 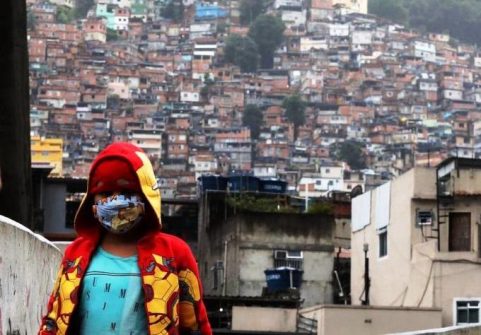 To continue to assist the 160 children and youngsters who attend our “Proyecto Legal” centre, we have created a programe called “Out of sight but near to our hearts”. By means of a Whatsapp group that unites all the families, we distribute pedagogic material and give social, psychological and legal assistance. We have also created a You-Tube channel where all our videos are available. Every two weeks, we distribute a parcel of food and educational material to make up for the schools being closed. The pandemic, among so many challenges, has also exposed the phenomenon of digital exclusion. Most of our families have just an old cellphone connected to the internet only when they have the money to top them up.
Jefferson, one of the boys from our welcoming centre is just twelve years old. During the last distribution of food parcels, he told us he cannot wait for the end of the pandemic as he does not lie to see his father crying y himself because he cannot work to bring home something to eat. “Collection cardboard boxes – he told us – is more dignified than joining the long queue at the bank and lower oneself to receiving alms from the federal government, while lots of money is being given to help the banks, assist big businesses, buy arms and, even worse, to enrich corrupt politicians”. Listening to Jefferson filled us with pride. In is words we found the wisdom older people lack, especially those who occupy important places in society. If we want to survive, we have to make up our minds to look after each other. We hope that these difficult times lead us to review our way of living.