The “historical accord” between the United States and the Taliban, without involving the Kabul government is in danger of failing since it leaves many questions unanswered. Meanwhile, the attacks continue. There is now a new enemy: Covid-19.

It was signed in Doha, the capital of Qatar, on 29 February, by the American envoy Zalmay Khalilzad and by the Second- in- Command of the Taliban Mullah Abdul Ghani Baradar, to bring peace to Afghanistan. The conflict which began on 7 October 2011, as a reprisal for the eleventh of September terrorist attacks by Al-Qaeda, caused 157 thousand deaths and cost two billion dollars over a period of twenty years. There was no representative of the Afghan government, whose legitimacy is not recognised by the Taliban, present at the signing.
What concessions did the Americans grant to the Taliban? The reduction of foreign troops from 13,000 to 8,600 within 135 days, and complete withdrawal before the end of April 2021; the end of sanctions against the Taliban before the end of the year; persuading the Afghan government to agree to an exchange of prisoners – 5,000 Taliban for 1,000 government prisoners; the promise of “not to violate the sovereignty of Afghanistan by the threat of force, the use of force or interference in internal Afghan affairs “. 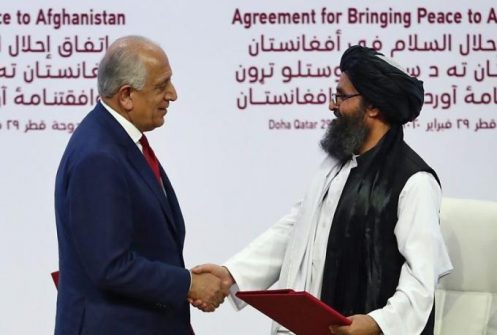 In exchange, the Taliban agreed to restrain threats against the security of the United States and its allies by terrorist groups such as al-Qaeda, who will no longer be able to use Afghan territory as a place of refuge. The main conditions of the accord also include intra-Afghan negotiations for a political agreement. According to Said  Ibrahimi, a researcher into the Regional Afghanistan-Pakistan Project at the Centre for International Cooperation of New York University, “Peace can only be guaranteed if the (Afghan) government, the various political factions and the Taliban accept a political compromise supported by regional actors ”. Marvin G. Weinbaum, Director of the ‘Afghanistan and Pakistan’ desk at the Washington Middle East Institute, is more pessimistic and says that “the agreement has little to do with the Taliban since it is only a political cover to allow the United States to withdraw in security and without losing face.“ “Having decided to withdraw, the Trump administration signed an accord with grave defects  and the continuation of the violence – Weinbaum  continues – the withdrawal of foreign troops will, in a short time, lead to the end of the Afghan security forces. The result will be a chaotic civil conflict.” 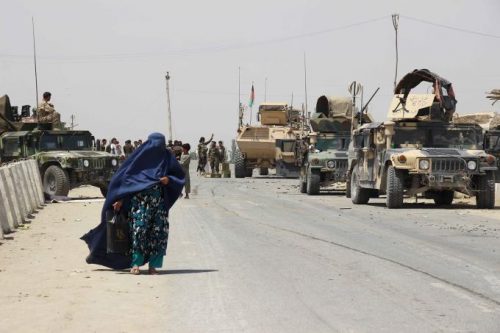 Weinbaum stresses:  “Power-sharing is impossible because the Taliban are only interested in dominating and restoring their own Emirate. They have never said they will accept anything less. Even if their idea of power-sharing is that of a more inclusive government, they will want to dictate the conditions for its formation: agreeing to nothing that will, with certainty, rest upon popular sovereignty, pluralism and the institutes associated with them.”
Among the major criticisms voiced against the American envoy Khalilzad  is the fact that he did not insist that the Taliban cut off relations with al-Qaeda (they were simply asked “not to cooperate”). A further criticism made against the USA concerns the freeing of 5,000 Taliban prisoners, among them some of the leaders of the movement. In the view of the Kabul government, the prisoners were “his main resource for an exchange “to compel the Taliban to come to the negotiations table without pretending too much.

Danger of civil war
On 17 May last, the Afghan president Ashraf Ghani and his rival Abdullah signed a power-sharing agreement, putting an end to political uncertainty. Ghani will still be president while both men will choose a similar number of ministers. Abdullah will conduct peace talks with the Taliban, when such talks begin. It is hoped that the accord signed in the capital Kabul will contribute to maintaining the balance of power that existed before the contested presidential elections of last year. 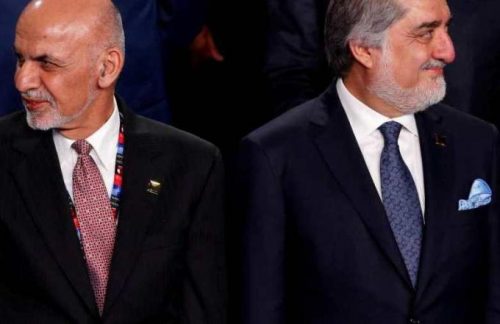 “The political crisis between Abdullah and Ghani was posed a danger equal to that of the Taliban “, Ibrahimi points out. “If it had not been for the agreement to create an ” inclusive government “, one would not have excluded the possibility of civil war.”
An opinion poll by Asia Foundation, quoted by Ibrahimi, shows that 93.1% of Afghans fear the return of the Taliban. In the nineties, under Taliban rule, the economy collapsed and “the rations supplied by the UN were the only source of food for a large part of the population “. The Taliban police would beat women in public, accusing them of immodesty if they did not wear the burka. Men were arrested for “trimming their beards”. Thieves had their hands cut off. Those accused of adultery were condemned and executed in public. Those rules “are still being followed in the areas under Taliban control “, Ibrahimi affirms. 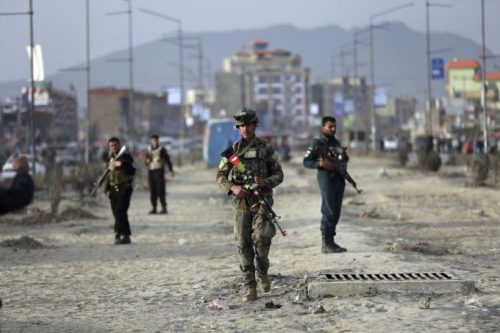 “The defeat of the Taliban in 2001, despite its defects, allowed much progress to take place – the Afghan researcher states – Nine million children are going to school and 35% of them are girls. Afghanistan has the freest press in the region, with tens of radio and television stations, newspapers and private magazines. There is a dozen private universities in the country. Afghans now have access to various areas such as culture, sport and martial arts in which women, too, compete. All of this shows that the changes are not temporary but run deep in socio-political and mentality terms.”
Under the Taliban theocracy, Ibrahimi states, the election of a president and the peaceful transfer of power would never have been possible. “This does not mean that the post-Taliban regime is perfect. Out of four presidential elections, three were contaminated by extensive fraud. Afghanistan is one of the ten most corrupt countries in the world. The economy is based on the largest production of opium in the world, according to the United Nations, despite the nine billion dollars spent since 2001 to persuade farmers to destroy their harvests – drug trafficking and extortion are the main sources of income for the Taliban.” 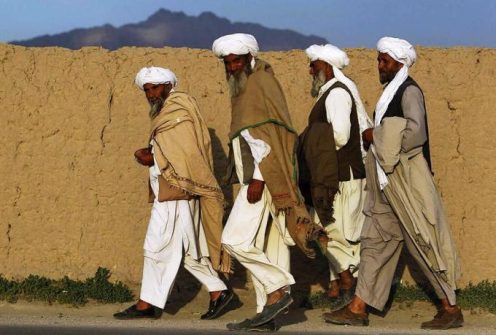 A study by Asia Foundation shows also that 66.1% of Afghans approve of the quasi-democracy established after the American invasion. For example, 86% of people support education for women and 76% approve of them working outside the home. How can we understand, then, that 89% of people accept the negotiations with a group of fanatics who want to restore a tyrannical “Emirate”?
Ibrahimi replies:  “The people fear the return of the Taliban. If they try to regain power by force, it is very likely that the international community will withdraw and reduce development aid. In any case, most Afghans support talks with the Taliban because the ardently desire to see an end to their suffering.”
After nineteen years and an investment of more than two billion dollars by the United States for the benefit of Afghanistan, the question must be asked: what went wrong and what went well? The academic Marvin Weinbaum replies: “What went well is that powerful personages were able (in 2002), under pressure from foreign powers, to accept (at a conference held in Bonn) a plan for government, at that time with Hamid Karzai as interim president and a constitution. It was also an obvious advantage to have popular support and hold presidential elections in 2004, without controversy. During those early years, everything seemed to be going well, since the Afghans had accepted not only Karzai but also the presence of international forces.” 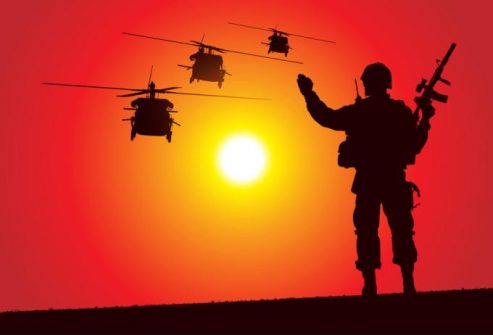 “Many, including American military functionaries, believe that the fatal mistake was the absence of the Taliban at the Bonn Conference –  Weinbaum  recalls.  Some rebels wished to surrender and take part in the talks in Germany but the Bush administration chose to classify them as terrorists and issued arrest warrants. The irony of destiny: some of those imprisoned in Guantanamo are now part of the team negotiating with the American envoy Khalilzad.
Another political error is that there never was complete agreement as to who the real enemy was. “Al-Qaeda, which planned and carried out the 11 September attacks, or the Taliban, who only offered sanctuary to Bin Laden? Is Pakistan, patron of the Taliban, an ally or an adversary? And how should Daesh and other Jihadist groups be classified, not to mention the warlords financed by the CIA? The American administration has never been able to answer these questions,” says Weinbaum.

The Coronavirus enemy
Now, the country in which almost a quarter of the population (9.4 million) is in need of humanitarian aid, has to face an ever more implacable enemy: Covid-19. Recently, the minister of health Ferozuddin Feroz estimated that 80% of Afghans, that is, 25 million people, may contract the new disease.
The province with most cases is Herat, bordering on Iran, from where thousands of migrants and refugees are returning. The virus is also spreading swiftly in the areas controlled by the Taliban. 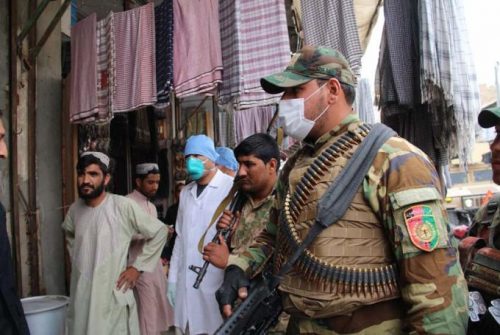 Hamdullah Nomani, former Taliban minister and now vice director of the health commission of the rebels, has confirmed that “In the areas under our influence, those who have returned from Iran must be placed in quarantine at home for fifteen days. They are forbidden to go to places of worship, to the market or any meeting place. Anyone showing symptoms of Covid-19 is obliged to go to the nearest hospital “, he said.
Nevertheless, it is still uncertain what action the Taliban are willing or able to take against the virus and how much of their campaign is pure propaganda.The ongoing war, poverty, a poor health service and a large number of internal refugees together render Afghanistan one of the countries of the world most exposed to the virus. The country has just 400 ventilators available. 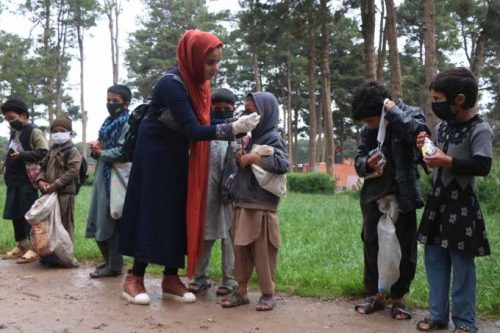 Marvin Weinbaum is pessimistic: “The Coronavirus will speed up the departure of foreign forces if health conditions deteriorate too much. When the United States withdraws, there will be a power vacuum which many will try to fill. It is true that its neighbours want see stability and see no advantage in the disintegration of Afghanistan. But if there is a chaotic civil war, Pakistan, Iran, Russia, and even India and Saudi Arabia, will become involved in a conflict by proxy. As for Al-Qaeda and Daesh, they will use it to set up more operative bases “.
The hopes of Ibrahimi and Weinbaum are based on global cooperation, with the United Nations and regional actors, for a political solution to the conflict.  It remains to be seen if the Taliban are interested in international mediation, or in gaining time to seize power.