It is more than 30 years since the Comboni Family has been enriched by the presence of lay people, both single and married who decide to dedicate a period of their lives to work in the mission. Alberto de la Portillas, the general coordinator of the Comboni Lay Missionaries explains  what it is about.

The call of the laity is a call to the service of humanity, a call which, for some, will involve service within our Church. But the Church is called to go out, to go out into the roads with Jesus, to go from village to village, helping in things great and small.  We are called to be the salt that gives taste, the yeast in the dough. We are called to be in the world and contribute to it in a meaningful way. We must not stay at home where we are comfortable, where we all understand one another.
We are called to go out. The Church is not born for itself but to be a community of believers who follow Jesus and serve the neediest. It is for this reason that we feel called to help the growth of human communities (including Christian communities). 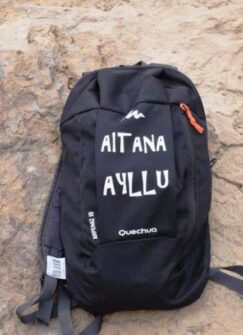 For us Comboni Lay Missionaries (CLM), having our bags packed is part of our vocation. We are called to accompany people and communities for a given length of time, and then we leave, since our leaving is an essential part of our life. We are called to leave our homelands and travel to other countries and other cultures; we are called to carry out new services, to return to our original homes and to assume new commitments. These are all part of our vocation. We respond to this call, not only as individuals, but also from within a community. We do not travel alone. As Comboni Lay Missionaries, we are called to respond to the needs of our poorest brothers and sisters. This response is so necessary and complex that we are not called to give it individually but as a Church. 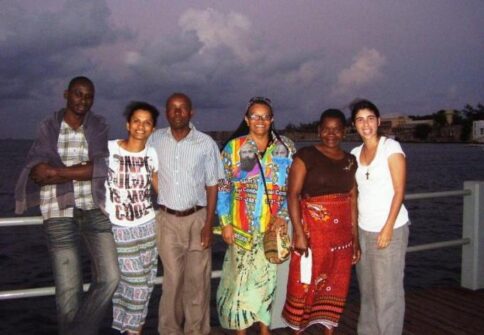 As lay people, we are called to create networks of solidarity and relationships that link up society by means of families and communities. We are creators of great networks of relations, collaboration and work. We live as people involved in all these networks and we are called to animate them, to give them spirituality so that they may be at the service of people, especially the weakest. We are called to include all people.
Our gaze must be fixed on the poorest and most abandoned of whom Comboni spoke, on those excluded from society. It must be a gaze that urges us to be present in the peripheries since things are seen differently from below.
We must not be content with a society where not all people have a dignified life, with a society where ‘having’ and not ‘being’ is rewarded, together with ‘consumerism’ that is devastating this wounded planet that cries out, proclaiming our global responsibility.

Our Response
How, as Comboni Lay Missionaries, do we respond to the call we have received? We have lay missionaries who work among the pygmies and the rest of the population of the Central African Republic, a country where we have been present for more than 25 years.
We are in the midst of people who are considered servants by the majority of the population, acting as a bridge of inclusion or assuming responsibility for a network of primary schools in a country which has suffered a number of coups and has been in a state of war for years which prevents the regime from providing these services. In Peru, we accompany the people in the outskirts of the great cities and in the abusive settlements where those coming from the country take a piece of land from the city so as to have a home without electricity, water or sewerage. There are many families struggling for a dignified life, people who have left their small towns to go to the city to find food and give their children a better life.
In Mozambique, we collaborate in the education of the youth, both boys and girls who, leaving their distant communities, hope to gain an education and rebuild their country. They need schools for professional training and hostels where they can live during the school year, since their homes are so far away. 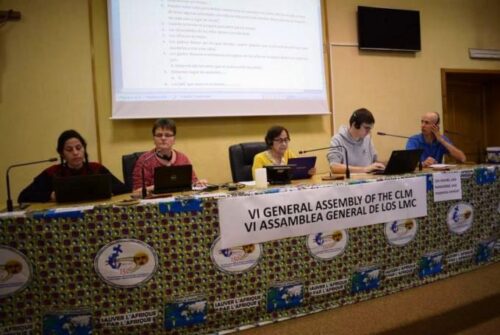 We are also present in Brazil, in the struggle with large mining companies who banish the communities from their lands, pollute the rivers and the air, cut communications and isolate communities with their long trains that carry away the minerals of the area, caring nothing for the environment or the people. Besides all this, in many European countries we are involved in receiving immigrants. We are called to welcome those who flee from poverty and war, those in search of a better future for their families and who, on their arrival, find themselves up against a wall, made not just of concrete or barbed-wire but also of fear and lack of understanding by the population.

New Lifestyles
The way of life in countries with the greatest resources is draining this squandered planet. International commercial relations are impoverishing many for the benefit of the few.
Promoting a new lifestyle is fundamental in changing the paradigms and values that are seen to be the only ones that are valid for a social outcome and for happiness. In a society where ‘possessions and consumption’ are seen as greater than ‘being’, it is necessary to propose new lifestyles. In Europe, we propose new lifestyles of commitment, responsible consumption, a responsible economy, etc.
By doing so, we shall follow activities connected to: education among the excluded of our cities; consideration for the sick, showing them the face of God who accompanies them and the hand of God who heals them; consideration for the homeless, the addicts and others. 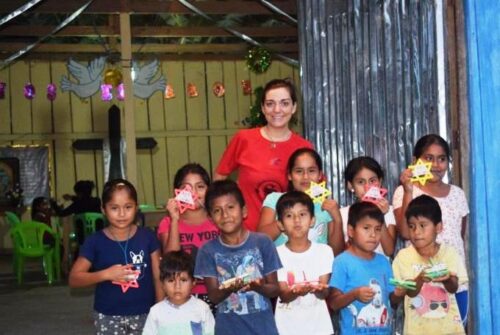 As missionaries, we are aware, and we must also make others aware, of the situation of this globalised world that requires joint action in which all our little grains of sand create little hills which we can climb to survey and dream of a different world.
We aim to climb up with the people with whom we live daily. We feel we are called to do so especially with those who are immersed in their inability to see the horizon, to emerge from their difficulties; we are called to look up and go forward, to animate and accompany these communities. We are called to be present where nobody else wants to be. At the centre, we place Jesus, the person who changed our lives. Every man and every woman has a right to God. We feel a duty to make known the Good News, to present a living God who is in our midst, who walks with us and, as Jesus of Nazareth has shown us, never abandons us but is with us always.
Within every person, in the poorest and in the community, God awaits each one of us, to transform our lives and to fill them with joy, a joy that is deep. God is waiting to give us living water, the water that quenches the thirst of every human being.
May the Lord give us the strength to be always present and accompany others, to be instruments that lead others to meet Him and to be always close to Him on our journey.