Respected by public opinion and the international community, Ramaphosa has to fight against the various factions and groups within the ANC. The economic crisis and the COVID-19 pandemic  are hampering further reform efforts.

It is now just over three years since Cyril Ramaphosa became president of South Africa, taking over from Jacob Zuma, whose nine years in office were marked by corruption, the weakening of important state institutions, and a general disrespect for the rule of law and for constitutional values.
Mr Ramaphosa’s election, first as head of the African National Congress (ANC) in December 2017, and then as national president three months later, was widely welcomed. He has a reputation for integrity and moderation, and is a careful and constructive political operator. He is also a highly intelligent and articulate person; indeed, when Nelson Mandela retired in 1999, it was his personal wish that Mr Ramaphosa should be his successor. 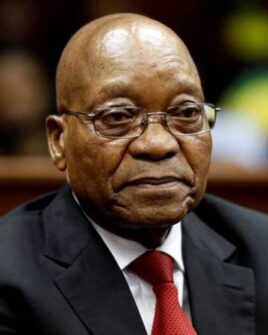 If Mr Mandela’s wish had been honoured, Mr Ramaphosa would have taken over a fairly united governing party, a state with relatively strong democratic institutions, and an economy that was performing solidly, if not spectacularly. Instead, nearly 20 years later, he came to power as the head of a deeply divided and corrupted party, and with the economy continually faltering on the edge of recession.
Even though the ANC won 57 per cent of the vote in the last election (2019), giving it an outright majority in Parliament, Mr Ramaphosa governs like someone in charge of a very unstable coalition. He continually has to keep different groups and constituencies happy – but these groups are the factions in his own party, rather than rivals from other parties.

No control of the ANC
Essentially, the internal battle in the ANC is between those who see politics as a public service, and who want to build the country, and those who see it as a route to self-enrichment and acquisition. Jacob Zuma epitomised the latter tendency, and he and his supporters still exert a strong influence in the structures and branches of the party, most importantly the national executive committee of about 80 people, and the ‘top six’ group of office bearers. Mr Ramaphosa has a small and uncertain majority support among the 80, but only one other of the top six is a strong ally. Two are clearly against him, coming from the Zuma camp, and the remaining two are likely to swing opportunistically to whichever faction is in the ascendancy. 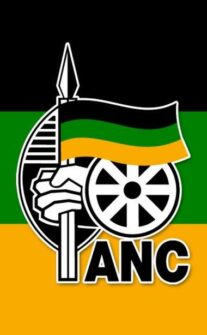 The logo of  African National Congress.

From all this it can be seen that President Ramaphosa has had a hard time in his attempts to reform the ANC and to undo the damage caused by his predecessor. However, he has succeeded in some significant ways. One of his first steps was to appoint new heads to many of the state institutions that had been undermined by Mr Zuma; for example, the National Prosecuting Authority, the Revenue Service and the Police Service. He also instituted independent commissions of enquiry, led by judges, to examine numerous allegations of corruption and governance failures. These are now beginning to bear fruit, and a number of criminal prosecutions have been launched.
But Mr Ramaphosa has also managed to change the overall approach of government. There is a much greater sense of accountability, and of respect for the Constitution and for democratic institutions. Most importantly, perhaps, he has shown a determination to end the practice of ‘state capture’ whereby corrupt private interests, working with politicians and government officials, were able to take control of state bodies, including major state-owned companies, and exploit them for financial gain.Regrettably, apart from the internal political problems described above, two other factors have hampered Mr Ramaphosa’s efforts – the country’s weak economy and, of course, the impact of the COVID-19 pandemic.

Poverty and inequality
For many years South Africa’s economic growth has not matched its population growth. The unemployment rate has risen steadily and is now over 30 per cent. Government debt, although still relatively low by international standards, has increased significantly and the tax authorities, weakened by state capture, have not brought in as much revenue as they should.
All this makes it difficult for the government to meet its spending targets in areas such as health, housing, education, land-reform, and social welfare. Poverty and inequality remain serious problems, leading to outbreaks of social unrest, and young people, especially, are questioning whether democratic politics offers them any hope for a better future. 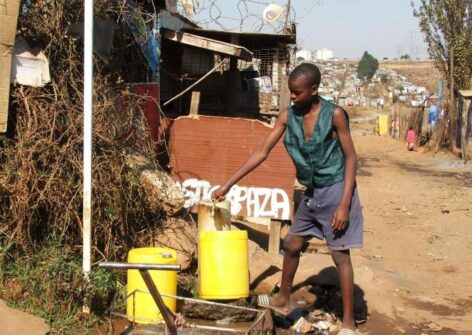 Given this already difficult political-economic context, the COVID-19 pandemic constituted yet another difficult challenge for Mr Ramaphosa and his government. Not only was the economy effectively shut down for most of 2020, but money had to be found to pay for increased social grants, and to equip the health sector to cope with tens of thousands of victims of the disease.
To his credit, Mr Ramaphosa has shown great leadership qualities during this crisis. He comes across as calm and in control of the situation. He regularly addresses the nation on television and radio, communicating the seriousness of the situation, but also giving reassurances that the authorities are managing it competently. Most medical experts believe that the government has worked effectively and proactively to deal with the virus, and there has been good co-operation between the state health authorities and the country’s strong private health sector.

The ‘anti-Ramaphosa’ faction
South African presidents are limited to two full terms in office; this means that Mr Ramaphosa could be president up to 2029, since his first full term began only with the general election of May 2019.
If it was certain that he would serve for such a long period, we could be confident that he would achieve many of the most needed political reforms, and perhaps also that he would be able to make significant economic progress. 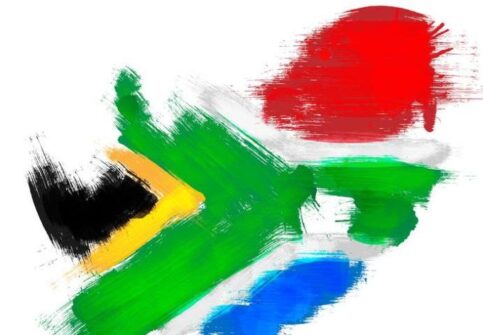 Unfortunately, there is no such certainty. The ‘anti-Ramaphosa’ faction in the ANC is fighting very hard to undermine his efforts to build clean and accountable government. Many of this faction’s leaders know that, if Ramaphosa succeeds, they will go to jail for their corrupt dealings. Others in the more junior ranks of the party resent the fact that they have not yet had the opportunity to fill their pockets; for them, a political career is a way to become wealthy and they have no interest in supporting a leader who promotes the politics of service.
In December next year the ANC will hold its five-yearly national conference, at which the party’s leadership is elected. In 2017, Mr Ramaphosa won by a very narrow margin. Despite his many achievements, and despite his great personal popularity across all sectors of the population, there is no guarantee whatsoever that he will win again.  The next 20 months could be perhaps the most crucial in South Africa’s democratic history.