Kenyan President Uhuru Kenyatta and Raila Odinga, the chief opposition leader, met in Nairobi, on 9th March.  In the words of the two politicians, this meeting marks the beginning of the end of the political turmoil that destabilized Kenya. But there are still some obstacles to the reconciliation process.

The situation in Kenya started to degenerate after the presidential election of 2017. The 8th August vote was seen basically as a duel between the incumbent, Kenyatta (of the Jubilee Party), and the leader of the National Super Alliance (NASA) opposition coalition, Odinga. Both of them come from families that have influenced the political life of the country since independence.
Kenyatta won with 54.27% of the vote, but his opponents reported frauds and went to the Supreme Court. On 1st September, the Court declared the election invalid due to irregularities and ordered a new vote. The judges did not speak explicitly of frauds, but pointed to several problems in the tallying of the votes.
The Electoral Commission implemented various measures to correct the mistakes. But NASA was not convinced by those measures and decided not to take part to the new elections. 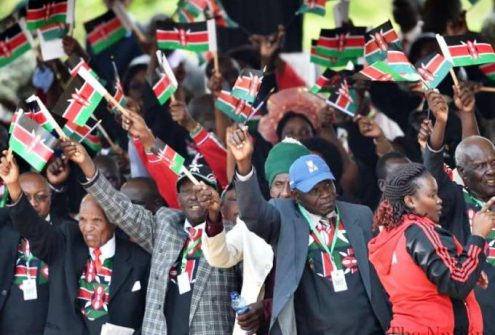 On 26th October 2017, in a tense atmosphere, Kenyans voted again. Kenyatta won also on this occasion, obtaining about 98% of the vote but the turnout was only 39% (in August the turnout had reached 77%), thanks mainly to NASA boycotting. NASA supporters claimed Odinga was the legitimate president and on 30th January 2018 they staged an inauguration ceremony in Nairobi. The opponents created the “People’s Assembly” that, according to their plans, was not a parallel government but a tool to allow people to “exercise their sovereignty”. In several counties, local People’s Assemblies were created but the national body that was supposed to coordinate them has not yet met. 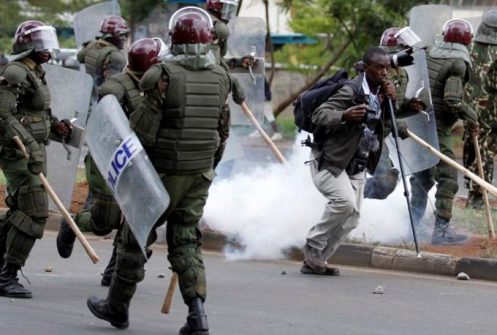 Political tension increased and opposition protests degenerated in various instances into clashes between NASA supporters and security forces. Both leaders escalated their language. Kenyatta ordered a crackdown on the opposition, sections of the civil society and the media. Odinga refused to back down and continued to send his supporters onto the streets. More than 100 people died in the riots, according to data provided by the press.The calls for national reconciliation dialogue coming from politicians, religious leaders and foreign partners apparently had no effect. But talks behind the scenes between representatives of the two fronts continued and brought about the 9th March 2018 meeting, that took a lot of people by surprise.

During the live television address that followed their meeting, Kenyatta and Odinga promised to reunite the country. They announced the creation of a new joint office staffed by their advisers, tasked to discuss issues like the complaints about the elections, the ethnic tensions and corruption. During the following days, Odinga stated that the victims of violence during the post-election period will be compensated and those who have been charged in connection with the 30th January “ceremony” will see their charges dropped. Public opinion seems to appreciate these developments that could restore peace. 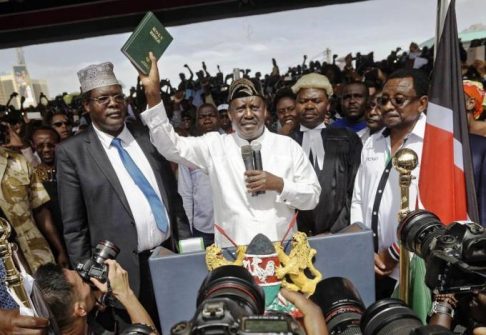 It is difficult to know now if the damage inflicted by the turmoil can be repaired. In any case, it is unlikely that in the short term those issues will be solved. The main problem is the ethnic fracture. During the 2017 electoral campaign the voters apparently chose to vote on the base of ethnic lines. Kenyatta is a Kikuyu and Odinga is a Luo. The members of those two groups decided to support the candidate belonging to their ethnicity. These cleavages worsened during the post-election turmoil. In the riots that followed the vote, the Luos were the majority of the opponents that clashed with security forces.
This phenomenon is linked to the personalization of politics. In Kenyan politics, leaders are more important than platforms and ideas, and parties are basically tools in the hands of candidates. Odinga’s decision to change dramatically his stance toward his rival is also the consequence of this dynamic. During a speech to his supporters on 16th March, Odinga clearly stated that the 9th March meeting was a talk between the two presidents, not between NASA and Jubilee Party.

There is also the problem of the reaction of other NASA leaders and parties to Odinga’s move. Kalonzo Musyoka (WIPER), Moses Wetang’ula (FORD-Kenya) and Musalia Mudavadi (ANC) were apparently taken by surprise by Odinga’s decision to meet Kenyatta and to start the reconciliation process.
For the Kenyan press, the three senior politicians and their advisers plan to punish Odinga by removing his party (ODM) from NASA.
They have to face pressure from external partners, especially the USA. According to one source, through their ambassador in Kenya, Robert Godec, the USA is allegedly trying to force Musyoka, Wetang’ula and Mudavadi to join Odinga and Kenyatta “without conditions”.
However, the three are apparently resisting. They probably fear being trapped by the agreement between Kenyatta and Odinga. Formally, Odinga claims he is still a member of the opposition but his move made him a traitor in the eyes of his (former) partners. It not yet clear what they can do to stop him, but a delegitimized Odinga will have no leverage in the negotiations with Kenyatta. 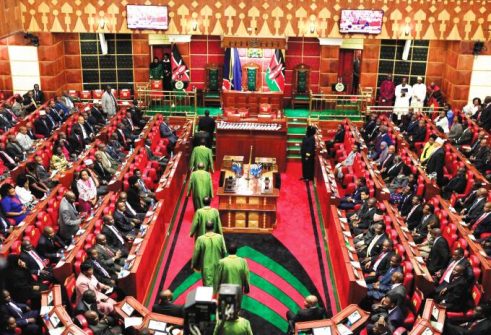 Similar problems could affect Kenyatta’s Jubilee Party. The deal with Odinga could sideline William Ruto, Kenyatta’s deputy and Jubilee’s presumed candidate in 2022 presidential elections. Ruto is supposed to succeed Kenyatta at the end of this mandate but the agreement with Odinga could jeopardize these plans that guarantee stability within the Jubilee Party. Ruto’s faction could start to protest if its leader is set aside.The Kenyan people and the international community support the reconciliation process started by Kenyatta and Odinga. Yet, at this stage, one may understandably be skeptical, if not pessimistic. The forces that the politicians unchained to prevail (ethnicity, hate toward the rivals, etc.) cannot be easily put back again in their cages (to be used on the next occasion). In addition to that, the political class has the means to stop the process, if it sees no advantage in it.  These dynamics could cause the existing problems of the country to survive and increase.