A Camillian and also professor at the University of Ouagadougou, Father Jacques Simporè assists the sick and most neglected. He has always worked with tenacity against the spread of HIV decimating
the country.

Fr. Jacques Simporè’s dream was to place himself at the service of science and the poor: besides the motivation he received from the Camillian charism, he found within himself the strength to respond to those passions that can transform life into an exceptional and unique experience. Fr. Jacques is a native of Burkina Faso and is professor of genetics and biology at Ouagadougou University. With his studies and what resulted from them, Fr. Jacques Simporè has already published more than 300 articles in the most important scientific magazines in the world (Nature, Sciences, Nature Genetics, Nature Communication and Lancet Hematology are but some of these). 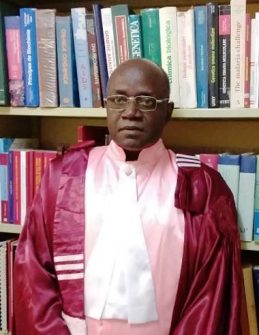 The chief motivations of this researcher: to help others, the sick and the most vulnerable. The forgotten ones, those suffering from sickle cell disease, children afflicted with malaria or measles and those who are HIV positive in the many villages scattered throughout the bush with no access to medical care, in despair and stigmatised by a devious and terrible disease. The HIV virus which causes AIDS became a challenge for Fr. Jacques.
Twenty years ago, the situation in Burkina Faso and the rest of Sub-Saharan Africa was indeed very serious. Burkina Faso, a landlocked country of the Sahel, was considered one of the poorest among those occupying the lowest places according to the human development index. 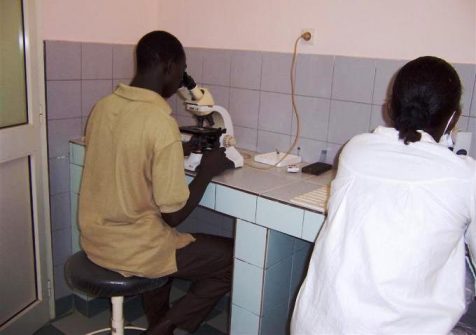 The Fathers and Sisters of the Order of Saint Camillus, during their forty years of work in Burkina Faso, have seen thousands of lives lost due to HIV. In a population of around 14 million inhabitants, it is estimated that around half a million are HIV positive with a mortality rate of over forty thousand per year.
A strong response was required both by way of research into new treatments and into prevention, as well as providing information in the more remote areas where public health workers would rarely go.
Fr. Jacques said: “Research into new treatments, the possibility of providing antiretrovirals free, providing information throughout the country, and creating a decentralised health system able to reach the most isolated areas were our main objectives”. 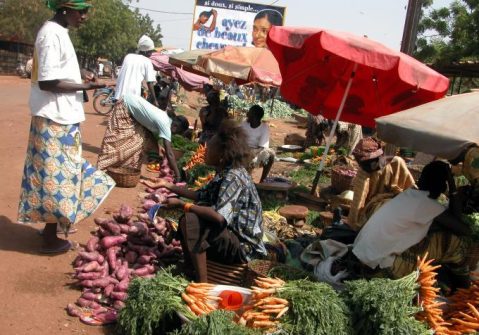 With the support of the Camillians, the public health plan of the Burkina Ministry of Health was launched for the purpose of reducing the pandemic, containing the mother-child transmission of the virus, of training personnel capable of managing HIV positive patients and of creating a basic network of information to halt the terrifying situation created by the spread of the HIV virus.
The Camillians created the equivalent of a task force and, in a period of about ten years, set up the Candaf Centre and the Pietro Annigoni Centre for Biomolecular Research (CERBA) in Ouagadougou, the capital of Burkina Faso, for the reception and treatment of HIV positive children and adults, with special attention to the terminally ill. They brought into operation a laboratory for blood analysis for the diagnosis and treatment of the condition. The work in their field was and is unending, not only as regards hospital services but even more so in that of research.
Some of Father Simporè’s publications: ‘Risk factors associated with mother to child transmission of HIV-1 spontaneous abortion and infant mortality in HIV-1 infected women in Burkina: a prospective study’, an invitation to continue the research, to learn more about the problem and to be a voice of the sick who cannot speak for themselves. 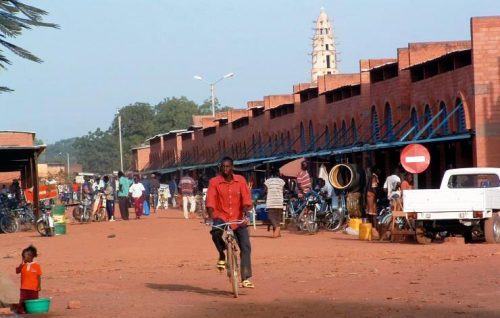 Father Jacques adds: “Poor health education in some remote country areas and discrimination are the enemies we must fight. To confront the enemy we must look it in the face and concede nothing to it. We must never lower our guard”. This is exactly what Father Jacques is doing, never lowering his guard, giving dignity to all those patients who, not so long ago, felt they were ignored.
Consideration for others is the first motivation that brought Father Jacques to do research in the field for which he was decorated in 2017 with the highest honour conferred by the government of Burkina Faso for his educational service to research and teaching. Ever since the time when he was a student at the University of Rome, while in the context of Camillian public health, where he felt he could experience with every breath the famous motto ‘More heart in those hands’ with which Saint Camillus urged his followers to treat the patients, Father Jacques never looked back. Instead he worked ever harder, with more motivation and with more energy. It is certain that there was no fear of work in this man whose name Pope Francis added to those of the College of Academics of the Pontifical Academy for Life.
Antonella Bertolotti