Since the 2011 Arab uprisings, Christians in Egypt have lived on a knife edge as they cannot rely on the country’s authorities whose policies fail to protect them.

Today in Egypt the Coptic Christian population is divided into Catholics and the Orthodox Christians, the latter being a vast majority, some 9.5 million inhabitants, around 10% of the country’s population. Being a Christian in Egypt since the arrival of Islam in the 7th century has not been an easy task. But we must also understand that Egypt is a country in permanent transformation, and consequently the Christians had to face several change processes over the centuries, in the 10th century as in the 15th, and more recently in 2009, 2013 and 2021. 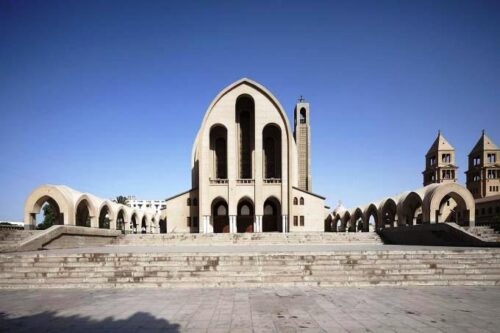 The several governments that have alternated over the centuries in Egypt had different attitudes towards Christians and so had the Muslim population. In order to understand the real situation of the Copts in the 21st century, it is essential to analyse all the events that occurred from the outbreak of the Arab uprisings in 2011 until today.

A new beginning
The long-lasting governments of Gamal-Abdel Nasser and Hosni Mubarak were characterized by the strong support they had from the Muslim communities. The use of a nationalist Islam, with political and ideological bases firmly established in the Muslim religion, was very useful for the authoritarian regimes that ruled the country during the second half of the 20th century and the first decade of the 21st century. By granting several privileges to Muslims, which no other religious group enjoyed, the two leaders were able to stay in power for decades. These policies also favoured the growth of groups like the Muslim Brotherhood, which would later play a key role in Egyptian politics, and which would affect greatly the situation of Coptic Christians.
After the outbreak of the Arab uprisings, the Egyptian political map began to take a new shape, whose foundations still remain today: those who participated in the demonstrations against the Mubarak government, later took a piece of the electoral cake; those who preferred to remain on the sidelines simply lost their seat.
The first protests and demonstrations were joined by several sectors of Egyptian society, thus facilitating cooperation between different social and religious groups and opening the door to a plural and tolerant Egypt, but later different organizations of nationalist and Islamic organizations took centre stage.
So, what started as a social movement became a political issue where there was no room for religious minorities like the Copts. 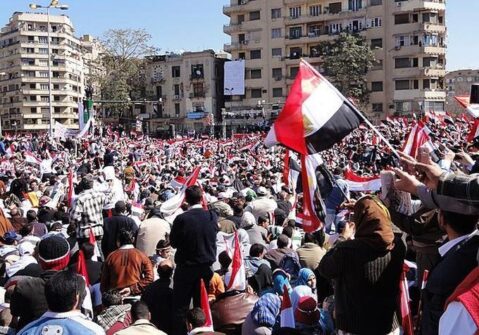 Five groups took the lead in the uprisings: the Youth (mostly Muslims), the Kifaya group (Nasserists, Muslims and Marxists), the April 6 Youth Movement (a small group of young activists), the National Association for Change (a loose grouping of all political affiliations and religions, a hodgepodge of undefined ideologies), and the Muslim Brotherhood (Islamist organization today classified as a terrorist group by the Egyptian government).
The coalition of these five groups forced President Mubarak to resign after decades of repression. The primary objectives of these revolutionaries were worthy of applause by the international community, but not a single organization included among their demands the improvement of the situation of the Coptic Christians, though the Copts initially participated in the demonstrations against the Mubarak government and some of them were members of the Kifaya group and the April 6 Youth Movement. The Copts’ participation did not translate into electoral success and their marginalisation within the Egyptian society was reaffirmed once again.

The Muslim Brotherhood
After the revolution against Mubarak and a period of rule by the Supreme Council of the Armed Forces, the Muslim Brotherhood took power in Egypt through a series of popular elections. The exclusion of the Coptic Christians in Egyptian political life is evident though they make up 10% of the population. Islamist parties won nearly three-quarters of the seats in parliament in Egypt’s first elections since the ouster of authoritarian president Hosni Mubarak, the ultraconservative Al-Nour Party was second with 25 percent.
Under Egypt’s first democratically elected president, Mohammed Morsi, leader of the Muslim Brotherhood, a new constitution was approved. It declared Egypt to be a ‘democratic state’, deriving its sovereignty from the people, and a part of the Arab world. 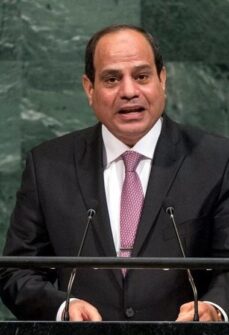 Abdul Fattah al-Sisi has been Egypt’s president since 2014.

The new constitution also specifies that ‘Islam is the official religion of the State’ governed by ‘Islamic Sharia principles’, although Morsi later specified during a speech that respect for the rights and freedoms of all citizens would be maintained. He also promised that a woman and a Coptic would be part of his government, a promise that he never kept.
At the end of June 2013, many Egyptians took to the streets calling for the end of the Muslim Brotherhood government. This became a reality a few days later, when a coup d’état, led by Egyptian army chief General Abdel Fattah al-Sisi, took place on 3 July 2013. Al-Sisi told the nation that the head of Egypt’s constitutional court would lead a non-partisan, ‘technocratic’ government until new presidential elections would be held. Since then, the attitude of the subsequent governments has been much kinder towards the Copts compared to that of the government where the Muslim Brotherhood was the majority, although in reality it has been just a cosmetic operation, as attacks against this community go on.
The Egyptian state, later, established new rules for citizenship, which stipulate that all citizens have the same rights and must receive the same treatment, that religion belongs to God and that homeland welcomes everyone.
Some of the demands of Christians, likewise, which had remained pending for years have been met, such as the contribution of the State in the reconstruction of churches that were burned and looted by groups related to the Muslim Brotherhood, in retaliation to Al-Sisi’s coup. 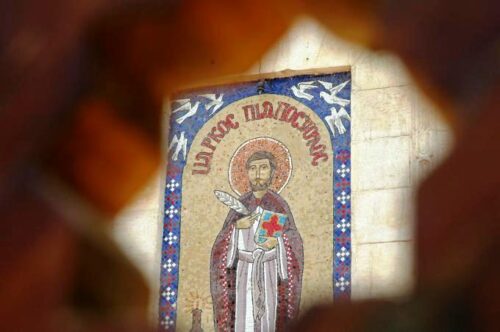 St. Mark the Apostle, the Founder of the Coptic Church.

The promulgation of the regulations for the construction and restoration of churches in 2016, as well as the kind attitude that President Abdelfatah Al-Sisi shows sending his greetings and congratulations to Christians on occasion of their religious celebrations, confirm thus his words “The religious identity of any citizen of this country should not have a role in determining or distinguishing his rights and duties”. The government has so far authorized the legalization of the status of 1,800 churches and affiliated buildings. The constitution approved in 2014, although it continues to consider Islam as the state religion, guarantees freedom of belief, which should provide some protection for religious minorities in the country.
However, there is still a long way to go until Coptic Christians may live in an effectively egalitarian society. Muslim and Coptic communities are still far from being integrated with each other in Egypt. Coptic Christians are still victims of attacks. Suffice it to visit the Coptic neighbourhood in Cairo, which must be strongly protected by military and police forces, to understand that it is not easy to be Coptic in Egypt.