Walls are like an infection, made of bricks, nets and barbed wire that prevent the wound of neighbouring peoples from healing. Wounds that separate groups of people or persons would need connecting bridges based upon dialogue and knowing each other.
Nevertheless, the train of barriers breaking up the world, renewing and making visible the fear that is transformed into hatred between peoples, is still very long.
The burdensome legacy of the clash between east and West, between Moslems and Christians in the time of Ottoman domination, is still strong in the memory of the people of Greece, taking the material form of two walls that reaffirm the historical differences between the two enemies: the River Evros in what regards the continent; and above all the divided island of Cyprus, cut in two by the ‘green line’, a demilitarised zone controlled by UN troops which, since 1974, separates the Greek republic of Cyprus from the Turkish republic of Cyprus. 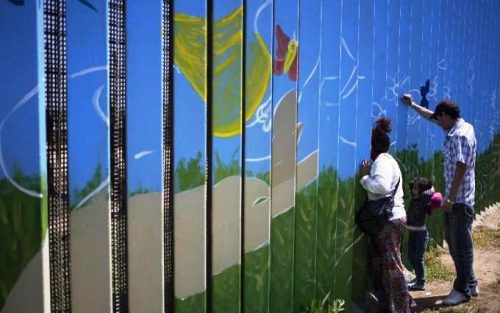 In the European context, there follows the Belfast Peace-Line, built in 1969, that still separates the Catholic and Protestant parts of Belfast; a wall that is emblematic of a low-intensity generations-long civil war that has its roots in religious motivations but has been nourished by eight centuries of social, economic and ethno-national components.
An offshoot of the Cold War, located between the communist and capitalist blocs, we find the barrier of the 38th parallel that, ever since 1948, divides North Korea from South Korea. One of the most enduring barriers is the wall of sand in Morocco which, since 1982, has divided Western Sahara in two and extends for over 2,700 kilometres: its purpose is to defend Morocco from attacks by the Polisario Front of the Saharawi people. 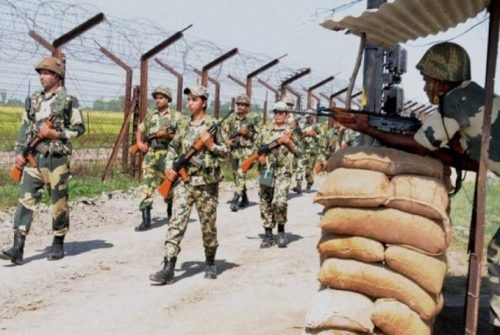 The list goes on, including the Asian walls that have their lowest common denominator in India which has built barriers both with neighbouring Pakistan for control of the rich area of Kashmir and with Bangladesh, 4,000 kilometres long, with the dual purpose of stemming the flow of immigrants and to end Bengal terrorism. Then there are the militarised borders between Saudi Arabia and Yemen, constructed by the Rihad government in 2013 to prevent terrorist infiltration and the drugs trade with Yemen.
Finally, it would seem necessary to present the symbolic case, represented by Israel. Beginning in the year 2000, Israel has literally fenced itself in. Today, Israel is completely surrounded by barriers isolating it both externally, from the bordering nations (Lebanon, Egypt, Syria and Jordan) and internally, reaffirming the eternal conflicts of the land of Canaan, as witnessed to by the Jordan and Gaza walls. The political and emotive reasons underlying the progressive watertight Israeli closure are to be seen in the declarations of Premier Netanyahu. In his view, Israel is a “villa in the jungle” surrounded by “wild animals” and the only way to defend the country is to close it in a giant cage. Reinforced concrete, fences and anti-personnel mines. It is a billion-dollar project to “defend Israel from the Middle East as it is today and as it may become in the future”. 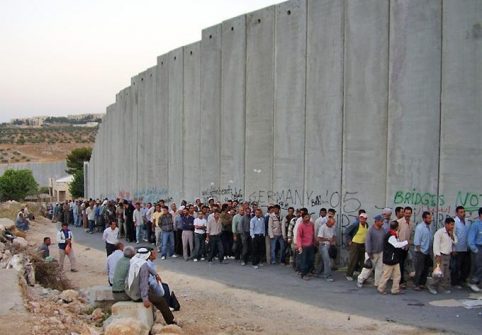 Historical Palestine seems more and more to resemble an intricate ball of barbed wire: to the north, the border with Lebanon is sealed as is that with Syria in the Golan Heights. On the border with Egypt there is a barbed wire barrier, five metres high, which runs from Eilat to Rafah, while the wall facing Jordan is motivated by the desire to defend itself against an invasion of Syrian refugees, illegal immigrants and potential terrorists. As stated by Mr. Netanyahu, Israel must not “lose control of its own borders” because “it is a very small country”.
As a result, it is necessary for it to build a new wall and barricade itself within its own ‘confines’.
As for the inside of its territory, hundreds of kilometres of walls separate Tel Aviv from the Gaza Strip and the occupied Palestinian territory. Within two years, a wall will be built around Gaza that will run along the 96 kilometres of the border between the Strip and the south of Israel. The wall will be both on the surface and about ten metres underground; it will be made of concrete and equipped with sensors. Israel explains how the barrier will serve the purpose of preventing infiltration from Gaza through tunnels built by the Hamas Islamic movement and other Palestinian organisations. 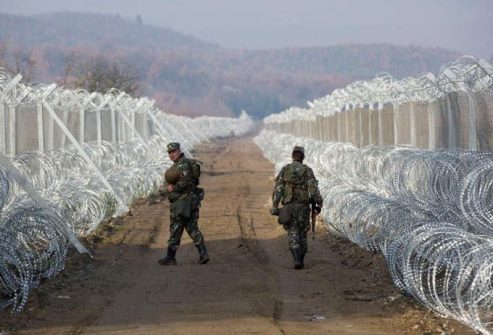 On the Jordanian front, instead, the construction of a ‘security barrier’ to separate Israeli from Palestinian territory goes back to 2002. With its 730 kilometres of wire and concrete, it winds its way through the quarters of Jerusalem and Bethlehem, with 85% within Palestinian territory and only 15% close to the border line. Initially conceived with the intention of separating the Jewish state from Jordan to protect it from possible terrorist attacks, in actual fact, the eight-metre-high cement wall penetrates far beyond the ‘green line’ set out by the United Nations in 1967, creating Palestinian islands inside Israeli territory. For this reason, in 2004 Israel’s wall was condemned as ‘contrary to international law’ by the United Nations Court of Justice. 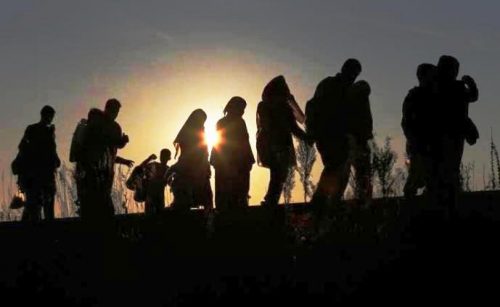 The Israel-Palestine wall seems more and more like a ‘living’ wall that is implemented in new ways as hostility between the two peoples increases. In fact, another stretch of the wall 42 kilometres long was completed last August; it affects the hills south of Hebron and the south of Jordan at the Tarquimiya checkpoint. According to Israeli media, work on the new stretch began in early 2017 in reprisal for an attack on Tel Aviv, carried out the previous year by Palestinians from the city of Yatta, to the south of Hebron. The 42 kilometres in question were built with cement blocks to a height of six metres, with interspersed towers and cameras.
(CB/DF)