Since 1935, at Karak, in the poorest province of the country, the Comboni Sisters have been running a hospital for the poorest people, especially refugees.

Karak is an ancient city located on the top of the mountains that flank the road of the Kings: an ancient through road that ends in the Valley of Moab. It is mentioned in the Bible as Qir Moab and during the Iron Age, it was one of the most important Moabite cities for travel and trade.
It is the land of Ruth and Noemi: their life is a biblical message of cultural integration, openness, and care for life. The city of Karak is 140 km from Amman and is located in the south of the country, on the edge of the desert that extends to the borders with Saudi Arabia. It is the poorest province in Jordan, with a population of 300,000. 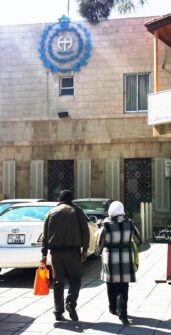 Right here, where the heavy economic impact of the Covid-19 pandemic is compounded by the effects of an unprecedented water crisis, there is a hospital where since 1935 the Comboni Missionaries Sisters have been taking care of the poorest people, including the ethnic minorities who inhabit the region: the Bedouins of the desert, shepherds and goatherds, some of whom still lead a nomadic life, and also the Ghorans, descendants of African slaves deported centuries ago to the Coast of the Dead Sea and who still suffer different forms of discrimination.
Then we have the immigrants – Egyptians and Libyans, Kurds, Sri Lankans, and Pakistanis – and refugees who, in a country of ten million inhabitants, number more than a million. “Jordan is traditionally welcoming”, says Sister Adele Brambilla, manager of the hospital. 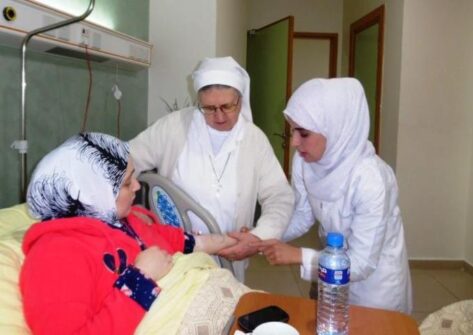 Sister Adele arrived in Amman in 1984, “in the incandescent climate that led to the outbreak of the intifada”, she explained. “In successive waves, from Palestine, with which until 1967 the kingdom formed a single entity, the refugees came: in ’48, when the State of Israel was born, then twenty years later, following the Six-Day War and again during the popular uprising of the eighties. Then, in 1991, it was then the turn of the Iraqis, at the time of the first Gulf War, and since 2011 hundreds of thousands of Syrians fleeing the conflict have begun to cross the border”. Thousands of people from geographically differing countries but all of them with similar stories of being uprooted and left in poverty.  “To all of these, this country has opened its doors, but the available resources are limited – the Italian religious Sister explains. Refugees are among the patients treated daily at Karak hospital”. 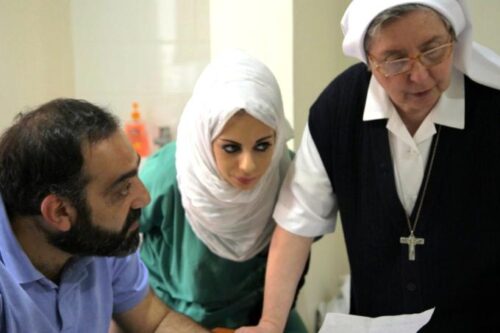 Although Jordan suffers from the instability of the area and its borders are permeable to the influence of fundamentalisms that, from Syria to Iraq, have flared up in recent years, the condition of the Christian minority is still quite peaceful. “This is a Holy Land not only because of its biblical roots: further downstream, on the banks of the Jordan, Jesus was baptised by John the Baptist and the first Christians who fled from Jerusalem found refuge here. There is plentiful evidence of their presence in Petra where there are several archaeological sites and some ancient churches have been discovered,” Sister Adele adds.  “In this area, where Christians are a minority (3%), made up of Latins, Greek Orthodox, Melkites and Protestants, the hospital was the first and for many decades the only one present”, she recalls. Today we have fifty beds: we have a department of medicine and general surgery and a maternity department as well as an emergency room, radiology, and a paediatric unit with five incubators. Only recently we opened several specialized clinics – urology, neurology, ophthalmology … to meet the needs of the poorer population who would otherwise have to go as far as Amman for treatment. Every year we have more than 30,000 patients”. 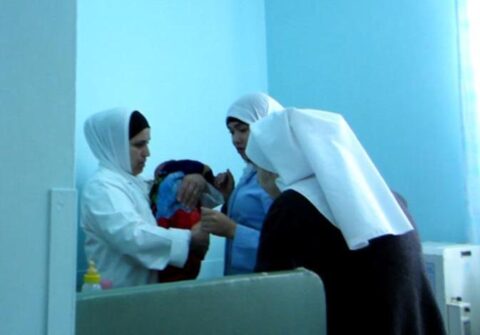 One of the commitments of the Comboni Sisters is to promote interreligious dialogue, based upon the common ground of service to the needy: “Our collaborators, numbering about eighty people including doctors, nurses, technical and administrative staff, are almost all Muslims. Working together, we seek to transmit Gospel values, beginning with the absolute dignity of human life”, says Sr. Adele.
The drama of the Covid-19 pandemic: “The country is experiencing a serious economic crisis which has also affected our work. On the one hand, the hospital has had to face extra expenses for prevention and protection from infection and, on the other, available funding has decreased: many NGOs have left the territory and those who remain have no funds to help us. In spite of everything, every day we witness gestures of generosity and solidarity that encourage us to carry on – tiny signs of hope but precious drops of water in the arid desert”. (Open Photo: View to the city of Karak from Al Karak hill. ©dchulov/123RF.COM)
Chiara Zappa/MM