The country is at the crossroads. Presidential and parliament elections are scheduled for the next 27 December in a country which is facing a number of serious challenges including jihadism, climate change, migration and the fall of uranium prices.

The parliament elections and the first round of the presidential elections are due on the next 27 December, after local and regional elections which will be hold on the 13 December. If necessary, a second round of the presidential election will be organised on the 20 February 2021. The stakes are high since over the last three years, elections have been postponed several times, owing to floods and the need of setting up a credible voters’ registry.
The EU has pledged Euro 4.5 million to finance a “credible, inclusive and transparent” ballot by strengthening the capacities of the Independent National Electoral Commission (CENI) and civil society organisations which will monitor the elections.
The vote is seen crucial in Brussels, owing to the strategic role of Niger, as a main migration corridor to the EU and as a major uranium producer and as a pillar of the struggle against jihadism. 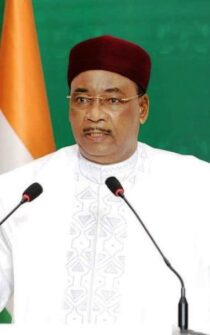 Since President Mahamadou Issoufou has declared that he would not run for a third mandate, the ruling Nigerien Party for Democracy and Socialism, has chosen the Minister of Interior, 60 year old Mohamed Bazoum as its candidate. Bazoum, an ethnic Arab, a polyglot and a doctor in Philosophy, started in June an intense electoral campaign, insisting on good governance and rural development
His main rival is the former Prime Minister Hama Amadou. But this 70 year old politician has a major handicap. Indeed, he may not be eligible. According Article 8 of the electoral, the one-year prison sentence for his complicity in a case of human trafficking does not allow him to run. Hama Amadou has been accused in 2014 by the Nigerien Justice to have been involved with his wife in a network which buys new-borns from a baby factory in Nigeria.
Other candidates appear to have even less chances to win. The list includes former President Mahamane Ousmane, who is also 70 and 69 year old Seini Oumarou who presents himself as an ally of the incumbent head of state, Mahamadou Issoufou. The former Foreign Minister, Ibrahim Yacouba (49) and the former Minister of Transports, Omar Hamidou Tchiana are also candidates alongside with the journalist, Salou Gobi and the 55 year old four stars general, Salou Djibo, who is the author of a coup in February 2010. The problem, says the Nigerien political scientist, Elisabeth Shérif, is the lack of consensus between the 15 presidential candidates about the rules of the competition. 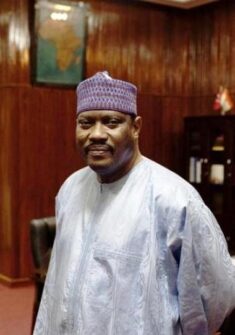 The opposition has rejected as invalid the voters’ registry despite its approval by International Organisation of Francophonie experts. It claims that the electoral commission (CENI) is unable to guarantee transparent elections and that both the CENI and the Constitutional Court are biased.
Another problem is that the campaign is not only about issues but also about ethnicity. His rivals want Bazoum to be excluded from the race because he was not born in Niger allegedly. which, according to the Constitution, makes him ineligible. It also blames Bazoum who was the former Defence Minister for the alleged embezzlement of EUR 116 million earmarked for the purchase of military equipment.
Furthermore, there is no guarantee that the election can be held in all parts of the country. In at least four regions (Diffa, Tillaberi, Tahoua and Maradi ) the security of the local population can hardly be guaranteed, warned the UNHCR in September  2020. Accordingly, in six months, 1,200 incidents including murders, rapes and kidnappings were registered in these areas 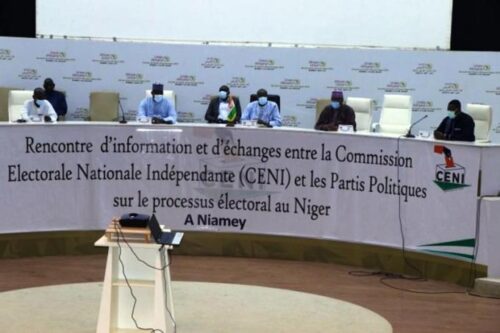 France has classified Niger as a no-go area for its citizens on the 13 August, except for Niamey, after the killing of six French aid workers and their Nigerien driver, on the 9 August, at 60 km from the capital, in the Kouré National Park.
On the 17 September, the Islamic Stat claimed responsibility for the attack. Since early 2020, according to the UK NGO Armed Conflict Location and Event Data Project 957 people died in similar incidents.
This security deterioration will pose a serious challenge to the new President in a country where the government already allocates 18 percent of its national budget to the restoration of the security and which is threatened on three fronts by jihadists. 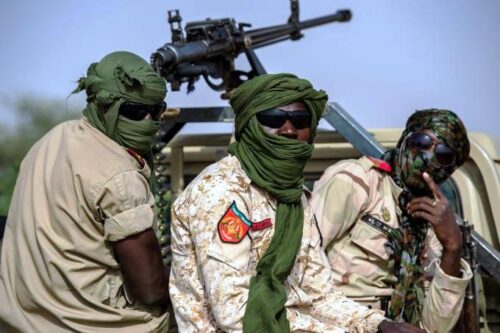 To the West, Niger has suffered  attacks from Al Qaeda in the Islamic Maghreb and by a coalition including Ansar Dine and the Macina Katiba led by a Malian Fulani imam called Amadou Koufa who recruits also among the Fulanis from Niger. The country has become particularly vulnerable because of the total loss of control by the Malian state of the north and the centre of its territory. In December 2019 and January 2020, jihadist attacks killed 160 soldiers in the Western area of Tillaberi. To the South-East, the threat of the Nigerian group Boko Haram is permanent. And there might be a third front in the North because Niger is getting caught in Libya’s civil war between the UN and Turkish-back government of Tripoli and Marshall Khalifa Haftar’s army, warns the French political scientist and economist Olivier Vallée.
Indeed, Niger took sides in this conflict in June 2019 by accepting the installation on its territory of a military base by the United Arab Emirates which support Haftar.
According to a report from the International Crisis Group from June 2020, none of the options tried by Niamey to contain the jihadists, from force to persuasion, has worked so far.
The jihadist groups are growing stronger. The military push has led to an alarming escalation in alleged killings of civilians by security forces, which the jihadists try to exploit. In 2017, Niger authorised operations by Malian Tuareg armed groups against targeted Peul groups accused of collaborating with the jihadists. Moreover, locals often perceive the Islamic State as an authority competent in resolving land disputes and protecting livestock against raids. 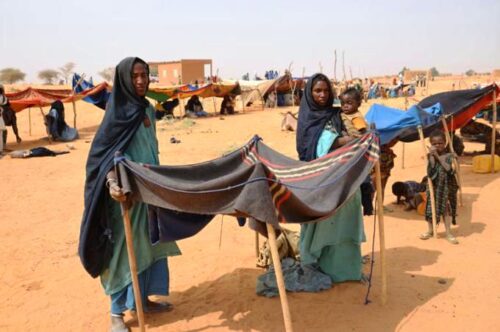 As a result of the increasing insecurity, 3.2 million Nigeriens are needing humanitarian assistance in 2020 as against 2.3 million in 2019. Only 41 percent of the needs are being financed, warned the UN in September. Besides, about 450,000 refugees are caught in Niger where hundreds thousands of citizens were by the floods in 2019. The country is particularly hit by the consequences of climate change including erratic changes of flows of the Niger River.
The insecurity and the consequences of the Covid 19 pandemics have forced the authorities to review the GDP growth forecast down from 6.9 % to 1% in 2020, in a context where huge efforts must still be accomplished to reduce the extreme poverty which still affects 41% of the 23 million inhabitants. The challenge is particularly difficult since Niger is also hit by the fall of the price of its main export product, uranium since the Fukushima nuclear accident of 2011 and Germany’s decision to stop the production of its plants by 2022. The authorities hope however that perspectives might improve if the country manages to increase five-fold its crude oil exports by 2021 with the completion of a 2,000 km pipeline between Agadem and the Atlantic Ocean in Benin by a Chinese corporation.