The Black Sea, besides being a transit zone for oil, is rich in energy deposits which caused it to be defined as ‘The New North Sea’.

The exploration of these resources has accelerated in the past decade due to advances in technology that enabled the limits imposed by the presence of underlying geological risks and the desire of some littoral countries to free themselves from their dependence upon Russia and Middle Eastern countries. Since the nineteen seventies, Romania has been involved in prospecting for oil and gas leading to the first discoveries in 1980 whose poor production levels were unsatisfactory. Things changed in the year 2000 with the use of new technology that made better estimates of deposits possible, causing renewed interest from such large companies as Exxon Mobil which, in 2008, agreed on a partnership with the main OMV Romanian company in the sector. 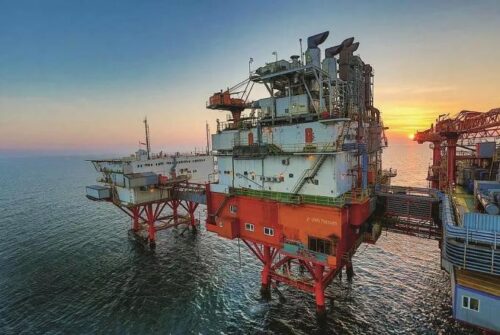 The turning point came in 2009 following the decision taken by the International Criminal Court in The Hague, in the case of Ukraine, concerning the boundary of the continental shelf of the Black Sea, which gave Romania rights to 9,700 km2, about 80%, of the disputed area. The decision opened the way for the large international companies which, from that moment on, increased their explorations that led to the discovery of new important deposits. According to some estimates, there are deposits of gas amounting to 170/200 billion cubic metres of which 65% could be consumed internally and the rest exported. Besides consolidating the role of Romania as an active gas exporter, this would also render it independent of imports from the Russian Federation.
An important oil deposit, discovered in 2016, is located opposite the coasts of Bulgaria. The deposit has been nicknamed ‘Khan Asparuh’, has a surface area of 14,220 km2 and is 130 km from Varna, close to the Romanian ‘Neptune’ gas deposit. Exploration is being carried out by a consortium consisting of the French company Total (40%), the Austrian company OMV (30%) and the Spanish company Repsol (30%).  Ukraine also possesses deposits in the Black Sea that have hardly been exploited. Even though it has the world’s largest deposits of gas after Russia and Norway, it does not have sufficient technological ability or the economic resources to exploit them. For now, it depends for 40% of its needs upon Russian exports. Before 2014, Ukraine had in hand a policy of energy differentiation by exploiting some deposits in the Black Sea that were given as concessions to ENI and EDF, located to the south of Crimea and in the Azov Sea. After the annexation of Crimea, the deposits came under Russian control. 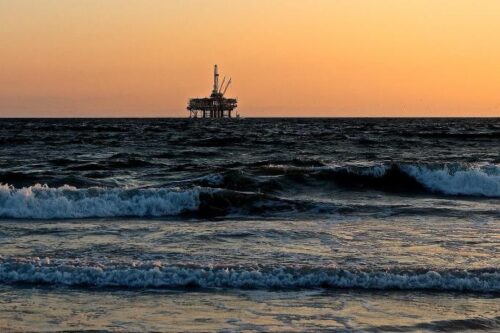 More recently, Turkey has discovered another gigantic deposit of natural gas which, besides satisfying the energy needs of the country, could also meet the demands of its bordering countries, making it truly an energy hub to be used as strategic leverage to gain more room for manoeuvre. Since Turkey is a net importer of gas from Russia, Azerbaijan, Iran, Qatar and the United States, this discovery, together with the fact that there ought to be further deposits in the area, is of historical relevance. The new deposit, which should contain around 320 billion cubic metres of natural gas of the highest quality, is located in the so-called Tuna-1 area, overlooking the maritime borders of Bulgaria and Romania.
The discovery may be seen as part of the strategic plan implemented by Erdogan that aims to gain energy independence. For this purpose, he is intensifying drilling in the Black Sea, the Aegean and the Eastern Mediterranean, known as the so-called ‘Mavi Vatan’ (The Blue Fatherland) area whose name derives from the political-military strategy of the same name that aims to protect, at all costs and by any means, its maritime borders with these three seas. 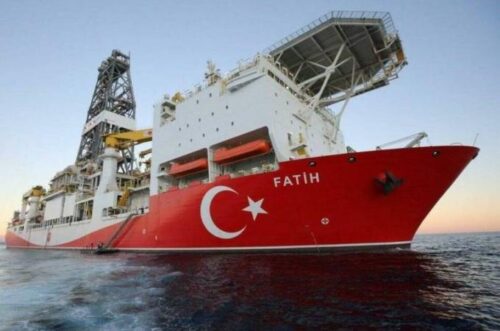 Ankara could now play the card of the new deposit at the negotiating table, attracting into its orbit some of those countries, such as Bulgaria, whose internal energy needs are tied to imports from Russia.  Nevertheless, according to some analysts in matters of energy, although the discovery marks a turning point in the energy policy of Turkey, one should not take for granted that it will achieve the difficult objective of the complete energy independence of the country.
To achieve such a goal, plans for structural reforms will be necessary, as well as a legal framework that facilitates investment, including fiscal norms and restrictions on exports that do not hinder the work of the energy companies.
Moreover, it is necessary to take into account the logic of the present energy market with low profits for those participating in it. Considering that the cost to companies of developing deposits must necessarily be remunerated by sufficient profit, it will not be easy for Turkey to achieve complete energy independence. In any case, it is clear that the discovery of new deposits brings to Turkey an increase in its geo-strategic importance at the expense of the other actors present in the area, including Russia, which will see itself forced to look on as Ankara is possibly transformed from being a ‘client’ to being a ‘competitor’. (F.R.)