Among the indigenous peoples of the Andes, every detail of life has a fundamental meaning because it strengthens one’s identity’. One example of this is the Apthapi: sharing food.

The coexistence of the Andeans is interconnected with three existential spaces: Janaq Pacha (sidereal space), Kay Pacha (local space) and Ukhu Pacha (the space of depth) and all of these make up the cosmos.
To express this interconnection: with the cosmos, nature and other transcendental beings, various ritual activities are carried out such as that of sharing food as a community.
For the Andean peoples, every detail of life has a fundamental meaning because it strengthens and regenerates one’s identity. One example of this is the Apthapi which involves the sharing of food between the members of a community, friends and others.
The term Apthapi comes from the Aymara language and means gathering the first fruits of the harvest. It also refers to the collection of food by the Mallku and the Mamat`alla (indigenous authorities of the Andes) who are the ones who organise this activity of sharing. The protagonists of this practice are the women who cook various sorts of food to be shared during a community encounter. 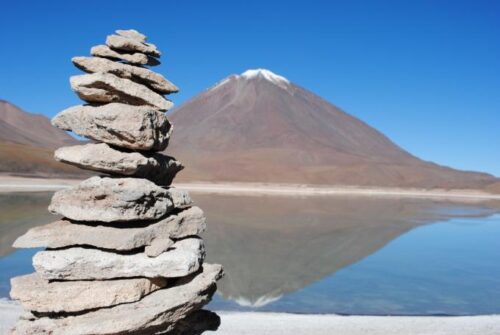 The Andean Apthapi has its exact times and places such as marriage feasts, baptisms, funerals, patronal feasts, and even social gatherings. It therefore has its organisers who see to the preparation.
They may be individuals or families. During festivities, funerals, baptisms and other feasts, it is organised by the head of a family along with the members of the family.
A particular Apthapi is the Andean anata (the feast of flowers or carnival), which is usually a time or period of days for sharing the first fruits of the work of each family. For this reason, a specific day is chosen for this communitarian Fraternity. For this purpose, people gather at a sacred spot which may be the Tacawa (a reference point made of stone) or the chapel of the community. Here the indigenous authorities, together with the achachis (wise old people of the community) and other important figures such as the ch`allan, chew coca and offer the wajt`a to the Pachama and the achachilas, where the first fruits are offered, in thanksgiving for the multiplication of the animals, for maintaining life, for the wellbeing and the good coexistence of the community. People dance to the rhythm of the pinkillada (traditional Andean music) and the pututo, for it is a day for enjoying the blessing of Mother Earth and the harmony among Andean brothers and sisters. 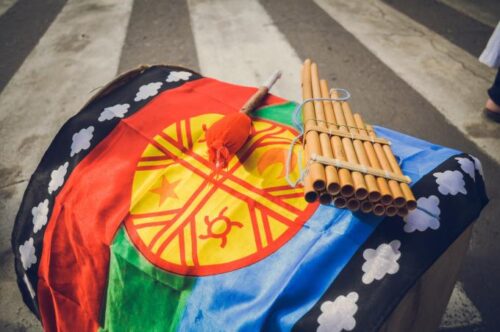 At mid-day, the women, together with the Mamat`allas (wives of the authorities) start to prepare the Apthapi and spread on the ground their aguayos or long garments on which they place the food they have prepared. Among the foods to be savoured there are: jawas phusphu (boiled beans), kanka (roast meat), chuño phuthi (cooked dried potatoes), qhatit ch’uqi (a sort of potato), jallpa wayk’a (yellow peppers already minced with pieces of onion).
In this communitarian sharing, there is no shortage of fruits of the plains or the valleys such as the saramut’i (cooked shelled maize), millk’itika thixi (fried creole cheese), puquta phuthi (cooked bananas) and other typical dishes of the community.
When everything is ready, the community authorities invite everyone to come to the table. When all the mallku and the Mamat`allas are present, they ask the achachilas to say prayers. The pray spontaneously, thanking the Pachamama (Mother Earth) for having given new fruits to sustain life. They thank the Apus and Samiris (protective spirits) for having given their protection and assistance in the process of producing the fruits.
The Andean Apthapi is a communal sacred banquet since there is good food in abundance, enough to take some home. It is a community meal and not a dish or a recipe but a family and communitarian meal coming from the ayllu of the Andes. 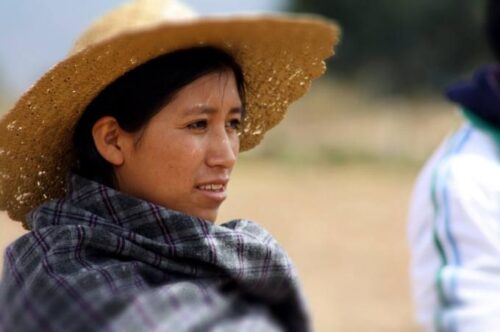 The Apthapi is a meeting where bread is shared among all, where joys and sorrows are also shared. The Apthapi is a time and a space for sharing family life, harvests, problems and hopes. On that day, people also savour very special flavours and aromas. There where the table is the same stone, the same land, where the act of sharing with everyone is daily bread. With the passage of time, the Apthapi has undergone many changes and much reorganisation. Despite all that, the Apthapi continues to be an act of participation and complementarity, since it is part of one’s identity which gives meaning to the cultural and spiritual existence of the Andean peoples.