The conflict diamonds issue is dying down, but new challenges are emerging. Will Africa be able to add value to the rough product ? Will the industry be able to cope with the threat of synthetic diamonds ? Should there be a new role for the Kimberley Process ?

Nearly 16 years after the creation of the Kimberley Process, conflict diamonds, whose exploitation and trade, finance rebel groups, have become a marginal problem or the diamond industry at large and for African diamond producers in particular.
A blackspot remains however, as points out the Canadian NGO Impact, formerly known as Partnership Africa Canada (PAC). Indeed, diamonds produced in the rebel areas of the Central African Republic (CAR) are still being smuggled out to Cameroon, or the DRC and Côte d’Ivoire. Yet, even assuming that the entire production of the CAR is being smuggled, it only represents 0.2% of the world production (134 m. carats). 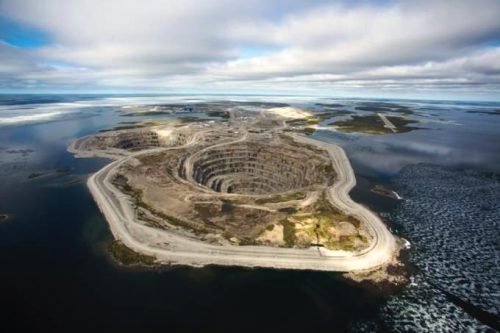 Nevertheless, a number of NGOs including Impact are campaigning to expand the mandate of the Kimberley Process (KP) which bring together producing and consuming countries, the industry and the civil society. At the last Kimberley Process plenary which took place in Brisbane (Australia) between the 9th and the 14th December, consumer countries said they wanted the KP not only to guarantee that diamonds are conflict free but beyond, should contribute to end poverty and achieve SDG. NGOs want also the KP to prevent all forms of human rights violations including when it is perpetrated by governmental forces or private security companies. Beyond, the KP should contribute to greater transparency of revenues and statistics and fight tax evasionClearly, there is a stormy debate between consuming countries such as the EU which took the command of the KP for 2018, which is under the pressure of the ethical lobbies on the one hand and the producing countries, such as Africa, which accounts for the 50% of the world’s production, but also Russia and Australia, which take in consideration the interests of the mining companies, but also of one million alluvial miners in Africa alone. 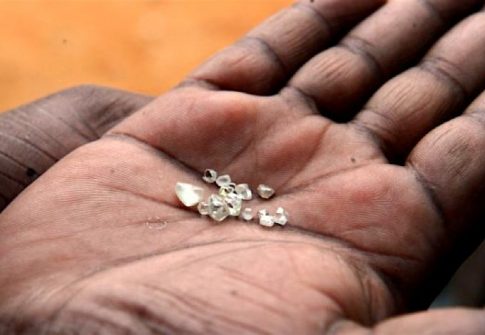 In the opinion of the chairman of the African Diamond Council and of the African Diamond Producers Association (ADPA), M’Zee Fula Ngenge, in the first place, Non-diamond producing countries should not even lead the Kimberley Process (KP), he told the Rough & Polished newsletter on the sidelines of the De Beers diamond conference in Gaborone, which took place in November 2017. The ADPA chairman voiced his reservation to the U.S. State Department’s proposal to host the Kimberley Process headquarters in America.

The Minister of Mines and Energy of the World’s second largest product in value (after Russia), Botswana, Sadique Kebonang, at the African Diamond Conference held in Brussels on the last November stated that the definitions of human rights violations « unfortunately differ from one country to another »). He also warned against the risks of politizing the problem. 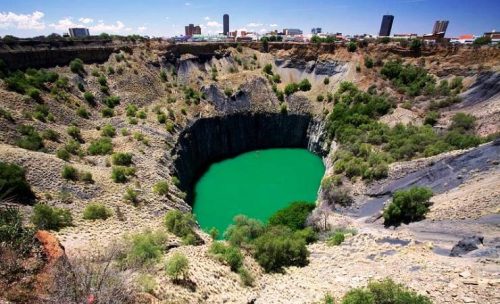 The chairman of the largest diamond trade and expertise hub, the Antwerp World Diamond Centre (AWDC), Stéphane Fischler told SouthWorld, however that in the exceptional event of systematic violations by official forces, there should be a possibility for the KP to act preventively. According to Fischler, the industry’s objective is to make sure consumers cannot say they do not want African diamonds. That would be a catastrophy for the diamond industry in Africa and the millions of people who depend from it. The beneficiation in African countries of their domestic production is another challenge. South Africa, which was represented in Brussels by the Deputy Minister of Mineral Resources, Godfrey Oliphant, is particularly concerned by the issue but also Botswanaa and Namibia which reserve significant quotas of their production to their national polishing industry. In front of the harsh competition of the Indian polishing industry and its very low wages, which employs more than one million people, African producers’ challenge to add value to their gems, is not easy. Yet, under certain conditions, it can succeed, says Stéphane Fischler. There a new elements which didn’t exist before, which can play a positive role, Those include technological innovation and robotics which help to slash the costs, but these require advance technical know how and sizeable investments. 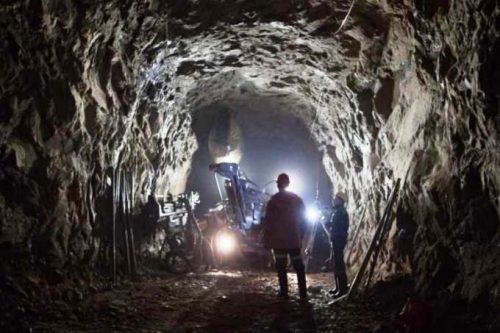 Yet, in Southern Africa, there is a political will to embark in this direction, admits Fischler who mentions that foreign manpower has been recruited in Namibia and Botswana to meet those challenges. Namibia is probably the country which has shown the greatest political will so far.
In 2017, the Namibia Diamond Trading Company (NDTC), the joint venture between the Namibian government and De Beers, decided to allocate a fixed supply of diamonds worth $430 million under a new 10-year deal to eleven sight holders. Moreover, under the deal all gems exceeding 10.8 carats will be processed locally, securing the jobs of 1,000 domestic workers. Indeed, the proportion of labour costs in the final price of a gem, is lower in the case of large diamonds, and thereby reduces the comparative advantage of the Indian industry This means that about 40 percent of the production will be reserved for the local market, as against 10 percent previouslyFinally, African producers are also concerned by the competition of synthetic diamonds such as those produced by General Electric. On that regard, the Botswanaian Minister advocated for a more aggressive marketing of African diamonds. Similar concerns were expressed In October at the Dubai Diamond Conference. Panelists spoke about the large rise in the quantity and quality of lab-grown stones in recent years. 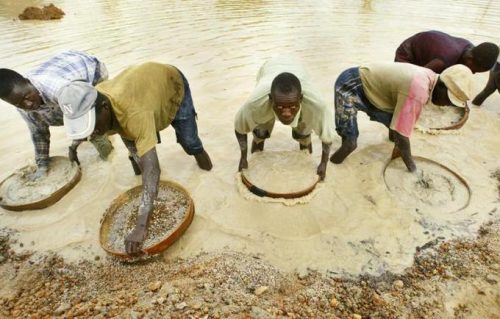 The Geological Institute of America’s Executive Vice President Tom Moses, warned that synthetic diamonds which are being produced in China would not only not going to go away, but production will continue growing. Yet, the GIA like the Antwerp’s HRD, the leading authority in diamond certification have developed equipments and technologies equipment to detect synthetic diamonds and distinguish them from natural ones that is reasonably inexpensive, The World Federation of Diamond Bourses President Ernie Blom says he doesn’t have a problem with synthetics as far as they are disclosed as such and says that the WFDB imposes traders to guaranteed that the gems they sell are natural. In his view, lab diamonds don not compare with natural diamonds, even if they look like. The value of synthetic diamonds which are made by machines is declining whereas natural diamonds formed billions of years ago in the Earth which are finite in number will, therefore, have an ever-increasing value.
Yet, there are indications that fraud can be a problem and a threat. The India’s Gem and Jewellery Export Promotion Council and the Bharat Diamond Bourse have indicated that illegal practices of undisclosed mixing of lab-grown diamonds in packages of natural diamonds with natural ones.