Inevitably, the Jordanian government – and the political arrangement, which has taken decades to craft in order to achieve the present equilibrium among the Jordanian tribes, the Palestinians and the religious authorities – will lose legitimacy.

The Jordanian monarch, pressed with the difficult decision of having to compromise the interests of the various political actors, will necessarily choose in favour of the Jordanian tribes (such as the Fayez and Bani Hasan), which have been the most loyal, and were the first to recognize the Hashemite monarchy in 1946. The tribes wield their power through clienteles, such that Jordanians with access or links to the tribes, advance through the public sector to the highest offices in the security, military and administration. 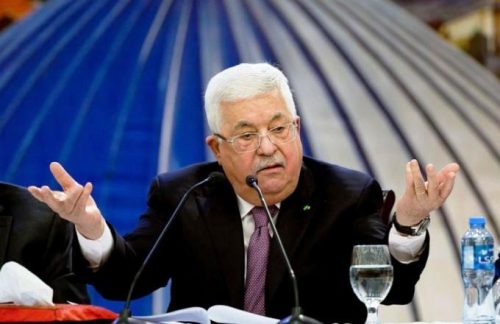 The Palestinians do not enjoy such access, and the tribes already distrust the demographic expansion of the Palestinian communities. Until now, most non-naturalized Palestinians reside in refugee camps or peripheral cities. Naturalized Palestinian-Jordanians, meanwhile, do not enjoy all of the legal and political rights or public services of ‘full’ Jordanians. The King has used the promise of integration as political ‘bait’ to be deployed in periods of stress, and as a deterrent to the kinds of protests that, for example, led to ‘Black September’ in 1970.
And the monarchy has reason to suspect such a possibility, given the active role that Palestinians played in the protests of 2011 as part of the so-called Arab Spring.
The King will be forced to facilitate the integration of the Palestinians, by allowing them to play a more significant political role; one more commensurate with their demographic and financial strength. Such a path would be fraught with dangers. The tribes would resent the loss of influence, and the very notion of political equality with the Palestinians, who, would resent having to give up their nationalist aspirations, given that the Deal of the Century does not grant any ‘right of return’.
Besides; the Deal of the Century, does not spare the institution of the monarchy itself, compromising its religious roots. 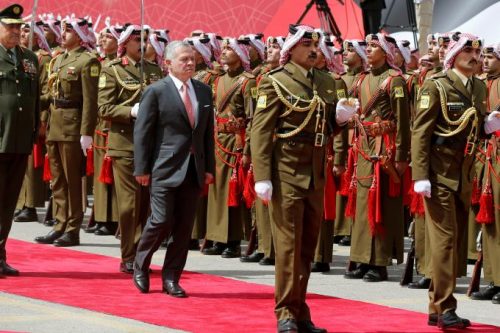 The Jordanian monarch is the custodian of Jerusalem.

The Hashemite tribe traditionally supplied the guardians of Mecca and Medina. They were the Sharifs of Mecca. After the colonial powers redesigned the Middle East and the al-Saud family took over the custodianship of the Holy Sites, the Hashemite family became the custodian of Jerusalem’s Old City, home to Islam’s third holiest site and the very core of the Israeli-Palestinian conflict. As custodian of Jerusalem, the Jordanian monarch enjoys prestige in the context of the ‘Umma, that is the universal Muslim community; and through the administrative links to the City, it does have a voice in determining its status. There are rumours that the Saudis (and Moroccans) want to replace the Hashemites as Jerusalem’s custodians.
King Abdullah, in public speeches, has admitted to the external pressure for him to relinquish custodianship of the Two Holy Mosques. Apart from the loss of prestige, under such circumstances the Jordanian monarchy would have an even smaller say in matters concerning its sovereignty and the status of the Palestinians. The strategy intends to force the ‘Deal of the Century,’ which creates the conditions for a total Palestinian capitulation, at all costs.
As the Saudi Crown Prince hinted, in a less than subtle way’, the Palestinians should accept the Deal as it has been outlined or “shut up”. Nevertheless, the Deal is so toxic that in its effort to erase Palestinian nationalism, it would also swallow up Jordan’s integrity.
In many ways, the ‘Deal of the Century’ has exposed Jordan’s weaknesses. While the Kingdom has managed to survive crises and a precarious socio-political balance for over seven decades, it may finally crumble under the plans to Donald Trump and Benjamin Netanyahu. Jordan may have to follow Syria’s path, pursuing stronger ties to Russia and China, both of which have criticized the ‘Deal’, and both of which have been providing a solid contrast to the West’s influence in the Middle East. In July 2018, Beijing proposed an alternative to the ‘Deal’, involving a two-State solution based on pre-1967 borders. 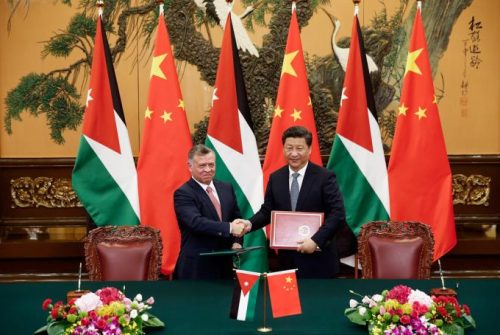 As for Jordan, China has sought deeper diplomatic relations, envisaging an inclusion in the Belt and Road Initiative (BRI), also known as the New Silk Road. Jordan presents some of the richest evidence of the cultural liveliness of the Mediterranean and Near Eastern civilizations. The country has survived through skilful, almost Machiavellian leadership from the Hashemite kings, who have managed inherent economic difficulties with pragmatic politics, balancing the interests of enemies and allies alike. The But fiscal and monetary stabilization demands from multilateral banking institutions, and the geopolitical machinations in Washington to settle the Middle East (as in Arab-Israeli) conflict entirely in Israel’s favour have exposed Jordan’s structural flaws. These include an excessive reliance on foreign aid and a lack of social cohesion, owing to unresolved ethno-nationalist fractures in the population.