If the samba is the sound of Rio de Janeiro, the frevo is that of Recife in North-East Brazil, where it began towards the end of the nineteenth century: a rhythm inseparably tied to the exuberance of the Pernambuco carnival, which, in 2012, became part of the UNESCO intangible cultural heritage.

The word itself expresses its essence: it means to boil, indicating the euphoric effervescence of the frenetic carnival dances. With the passing of years, the frevo became emancipated, accepting the influence of jazz and the songs of songwriters while influencing such great masters as Gilberto Gil and Chico Buarque de Hollanda, and, more recently, Lenine, Sivuca and Dori Caymmi. 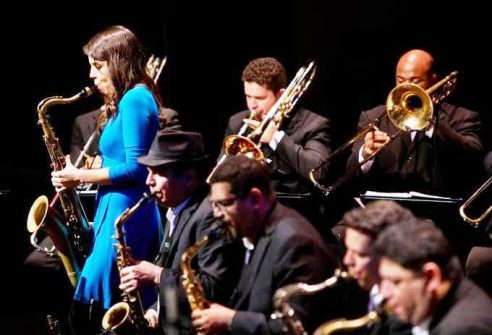 It has several basic types: the frevo de bloco, accompanied by an orchestra and large or small dancing troupes; the frevo conçao which has the form of a song; the frevo de rua meaning that of ‘the street’, created especially for carnival spectacles; and the frevo fusion, which combines this popular and biting rhythm with the elegance of jazz or that of classical music, or even with the energy of rock music.
A recent addition has been the so-called frevo Opus Dei, characterised by clearly faith-inspired lyrics.
Wind instruments, drums and other percussion instruments are at its heart. With the joy and sometimes the anger often found in the lyrics, the extrovert bodily expression constitutes its basic emotional framework. It is almost impossible to stand still while listening to it. 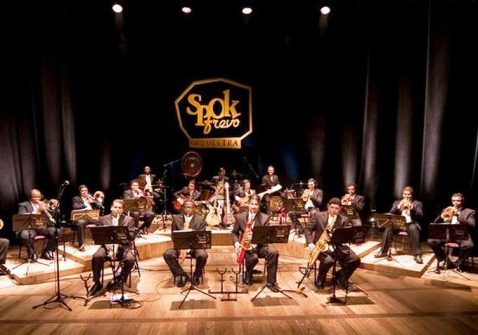 Among its best known exponents is the Spok Frevo Orchestra: it has 18 members conducted by Inaldo Cavalcante de Albuquerque, known as Spok, a saxophonist and Vaglia composer, a major exporter of frevo to the West. He is a native of lgarassù, in the same state of Pernambuco, close to Recife where he developed as an instrumentalist, composer and teacher. It was there, in 1996, that he launched his project of a spectacular wind orchestra which has toured the world for years, exporting all the exuberance of the traditional music of North West Brazil, with an irresistible mix of Brazilian music and virtuoso jazz.  This is a band that has obviously found its natural dimension performing in concerts and live shows, rather than in its recordings, to the extent that they have made only a handful of albums to date. The best known of these are the sparkling debut album Passo de anjo made in 2004 (to which we must add the live version released in 2008), and the Ninho de vespa recorded in 2015. 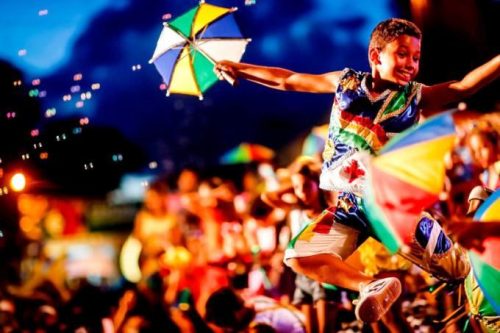 The century-old heritage of this music – more than anything else an approach to living – has most probably found in the Spok Frevo Orchestra, its best testimonial anywhere in the world.
Of course it is not only music, but dance. In his book Frevo, Capoeira e Passo, Valdemar de Oliveira writes, ‘Frevo doesn’t invite you. It drags you. Its effervescent rhythm is something magnetic, against which it is difficult to resist’. 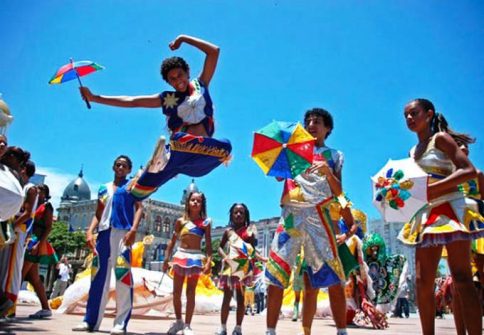 The dance was inspired by capoeira movements (Brazilian martial art) and have more than 120 different movements! Jumps, coordinated fast leg movements, leg flexions and tumbling are some of the examples. It’s not so easy to try.
But there are people that are capable of dancing this with perfection who are called passistas (frevors dancers). They wear colorful clothes and when they are dancing, they use small umbrellas to perform the movements and acrobatics. It’s very beautiful to watch!