In the north of the country, at Tamale, there are places where people who are victims of violence and superstition live. They are mostly women, usually elderly and widowed. Rather than rights or dignity, what counts for them is their ancient beliefs.

The witch camps are far from the cities and communities, places to where women accused of witchcraft are banished.They have been stricken by the violence of ignorance, superstition and even physical violence. Their accusers can be anybody: a brother with a sick child who does not take it to hospital but seeks traditional help against the sickness, a ‘rival’ in love, a neighbour who does not understand why they are unfortunate in their business. The hunt for the witch follows. 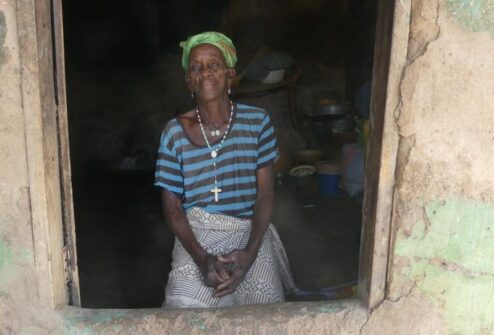 Almost a thousand women are still ‘detained’ in these witch camps.

Ancient traditions and beliefs are more important than individual rights and dignity. Almost a thousand women are still ‘detained’ in these witch camps. There are no barriers or fences but all these women know they cannot return to their communities. Stigma, fear and danger act as walls and chains. Only two of these camps have ever been closed over the years. Today, six of them remain.
Over the years, associations and NGOs have worked for the rehabilitation of those women, a very difficult and laborious task.  The programme of rehabilitation involves long discussions with the village headmen who banished the women and also with their families. It is a real work of dialogue intended to see if the necessary conditions of safety and acceptance exist for their return home.
“ The problem is the persistent belief that there exists the ability to use evil supernatural power to harm others. This power is attributed to women” says Simon Ngona of the Witch Hunt Victims Empowerment Project.  He admits it is difficult to uproot beliefs and taboos: “It is not important whether I believe in the power of these women or not. Most people do so. To say ‘it is not true’ is to go against society”. One of the first statements of the new minister for questions of gender, children and social protection Sarah Adwoa Safo was: “I shall work to restructure the witch camps so that the women residents feel at home there”. 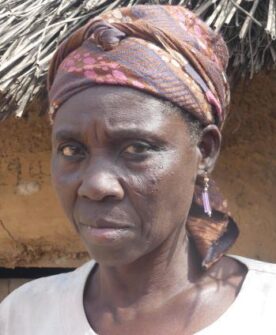 The associations ask if it is a question of places for protection or prisons. The question is: how can a facelift for these places help to solve a question regarding abuses and the violation of human rights? “Besides violence, these women have also suffered great humiliation”, says Lamnatu Adam, head of the Songtaba ONG. “It is really a violation of human rights – she continues – since they are left with nothing and abandoned. In those camps, they are unable to forget what they have suffered and they often fall into deep depression”.
None of the women we met in the four camps (Gambaga, Gnani, Gushegu, Kukuo) we visited know how old they are but all of them remember, or say they remember, exactly how long they have been there. Kasua is one of these. “I came here to Kukuo Camp 27 years ago.  I have grown old here. They said I killed my brother’s son. That was not true but how could I defend myself? My husband was already dead”.

Collateral victims
The women accused of being witches are rejected, always waiting for a son or daughter or benefactor to visit them – bringing some food or a bar of soap – subject to the decisions of the nearby village headman where the camp is located.  Regarding children, a tragedy within a tragedy is the presence of boys and girls who are left in the company of the witch who, due to her age, is often unable to look after herself. The children grow up isolated from society and often do not go to school. They are the collateral victims of the stigma that afflicts their mothers or grandmothers. One of these is Waramatu, aged 17, who came here with his mother  years ago and has since been to school for just three days. 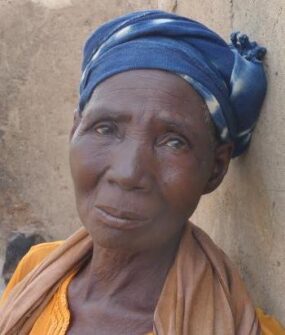 Salamatu: “ They said I was a witch and now I am here”

Then there is eleven-year-old Fusheina who has been in Kukuo Camp with her grandmother for seven years. There are many more similar cases. “I have been here a long time and I have become used to this place”, recounts Abena, who has been in Gnani Camp for 15 years. “I would like to return home but I don’t want to be beaten or killed. Some women went home to their villages but then came back here. When I am very old and about to die, I will send for my children to come and fetch me, but if they leave me here, that is alright. After all, I am together with other women and we share the same fate”.
Some women try to protest and some have paid the large sum necessary for the ritual to establish their innocence. However, all of them must submit to the judgment of the crowd. After all, they themselves believe in magic and in its power. “There are people who can use your face who take on your identity to commit crimes and then you are unjustly accused”, is the explanation given by Wanduayab who has lived for many years in Gushegu Camp. “There was a woman in my community who fell ill and they accused me. What could I do?”. 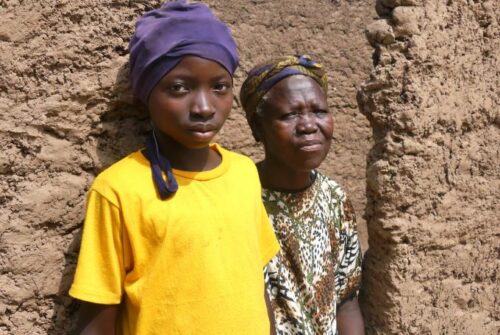 Life is hard in the camps where everyone has to look out for themselves day after day. Not all the women have joined LEAP, a government programme to combat poverty. “I dig other people’s fields and they give me something to eat. When there is a market in the village, I go in the evening to collect the maize and millet that has been left on the ground. I am not sure about wanting to return to my community. It happened once and it may happen again”, says Salamatu who has lived in Gushegu camp for seven years. “My rival – Tanjong, a resident in Gambaga Camp tells us – dreamt that I wanted to use witchcraft against her. The next day, they destroyed my roof. Then they began to beat me. Nobody tried to help me. They said I was a witch and now I am here”.
Many of the women have grown old in these camps. They have seen how the world goes on and changes only through the accounts of other ‘witches’ who came to the camps after them.