The question present in the recent history of Mongolia is whether the potential of the country will be transformed into real progress and with which policies.

Up to recent times, the world seemed to have discovered a peaceful country that was stable and potentially one of the richest in the world. Underneath the ground there is an abundance of coal, gold, uranium and other precious resources that are beginning to run out elsewhere. Since its opening in 2013, the Oyu Tolgoi mine, deep in the Gobi Desert, the biggest copper mine in the world, has attracted the interest of all the western world all too willing to benefit from it, to Ulaanbaatar. However, the riches of Oyu Tolgoi mine were ceded to multinational groups of companies and the mineral riches, apart from the fact that they are not inexhaustible, are greatly subject to the fluctuations of the market. Development is hampered by the repayment of debts due to the emission of state bonds, the fluctuations in the price of coal and copper, and also by the ongoing reconversion of energy-generating installations in China and elsewhere, as well as the traumatic global consequences of the present pandemic. Finally, there is the possible impact on the already emptying Mongolian coffers of ‘gifts’ to the various electorates during or after the electoral campaign. 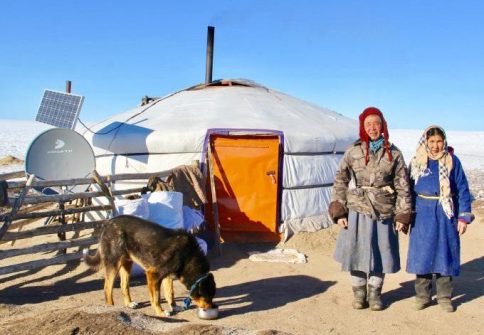 The difficulty in guaranteeing a balanced development is demonstrated by the reduction in the Gross National Product which went down by 17.3 per cent in 2011 and 7.2 per cent in 2018, as well as the all-too-slow reduction of the population living below the poverty line of 2 dollars per day, which was reduced from 38.8 per cent in 2010 to 28.4 per cent in 2018.It must be borne in mind that the current year was seen as a year of rebalancing after 2016 dominated by parliamentary and 2017 by presidential elections, and also the substantial bailout by the International Monetary Fund; followed by 2018 which was considerably depressed and 2019 when there was a slight recovery due to the sustained sale of coal. 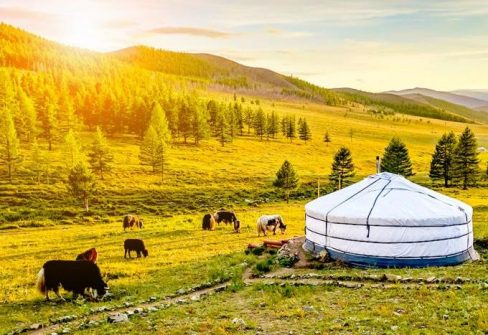 The feeling of delaying is today relaunched by the wait for concrete results from the constitutional amendments approved last November in which it is explicitly stated that the state of Mongolia must receive the major benefits from the exploitation of mineral deposits (designated as ‘strategic deposits’) entrusted to foreign companies. The law has not actually been applied, and its meaning seems uncertain, if not simply something ready to be used as a lever in future negotiations on concessions. Whatever the case may be, the approval has concentrated even more attention on the Oyu Togoi mine, entrusted to the Anglo-Australian multinational Rio Tinto which must handle the unbudgeted costs that risk setting the company and the government on a collision course.For a decade, the Mongolian economy was dependent upon the price of raw materials and variations in the international mining industry. Again in 2018, copper guaranteed a regular income on investments with Oyu Tolgoi alone contributing 6 per cent of GNP which then stood at 13 billion dollars. The trend continued last year but, like other benefits, it depends on too close a relationship with the People’s Republic of China which has already shown signs of opening towards other sources of supplies of various minerals and has reversed its policy of depending on coal for energy production. Agriculture, tourism and technology are sectors in growth, even if only very late. 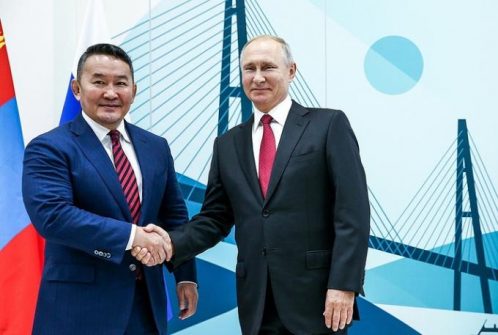 A high degree of dependency on foreign support in the economic field requires a careful foreign policy. Nevertheless, while in past years its existence, both multilaterally and bilaterally – especially in connection with industrialised countries and potential partners or investors who, overall, are meaningfully described as ‘close thirds’ – has been tangible, under the Battulga administration relations became fossilised except those with Vladimir Putin’s Russia with which the president shares an interest in unarmed hand-to-hand combat techniques.
Having failed, due to widespread opposition, to become a member of the Shanghai Cooperation Organization and having barely avoided a crisis with Turkey because of an attempt to kidnap a teacher living in the Mongolian capital apparently close to those opposed to President Erdogan, Mongolia also failed to host the Trump-Kim summit in June 2018 which was held in Singapore, Mongolian diplomacy still presents itself as a mediator to reach a negotiated and definitive settlement to Korean North-South tensions. (S.V.)