The security of the continent has now become a ‘private affair’ of the Americans, the French, the Russians, the Ukrainians and the Chinese. The countries that need muscle power turn mostly to Ukrainian or Russian companies. Peking provides low-cost solutions together with massive sales of arms.

Muscle power, arms and intelligence. This is the formula by which, since the post-Arab Spring, the international security agencies became close allies with tens of African governments. They train special forces, see to the personal security of presidents, foster or foil coup d’états and defend power plants. Their role is increasingly central also for foreign powers present in the continent: because they do not hesitate to go beyond the conditions and rules of engagement, providing military support against rebel militias or Jihadist groups where regular forces are bogged down. A sizeable part of the contracts is firmly in the hands of American, French, English or Israeli agencies. Internal alternatives come almost exclusively from South Africa.
The Russians, Ukrainians and Chinese are trying to upset this hierarchy by facilitating the supply of low-cost arms. 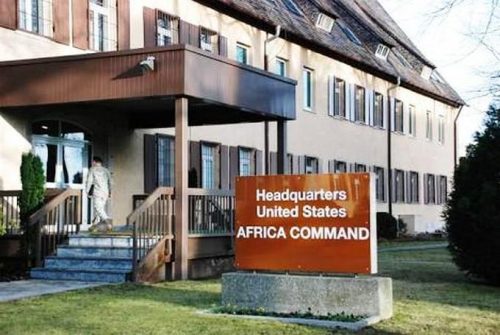 The ‘Warlord’ Africom, the African military command of the USA based in Germany, uses about twenty private American security companies for support operations in intelligence, transport and logistics, evacuations and combat missions. This ceased to be ‘secret’ when, on 4 October 2017, on the border between Niger and Mali, a command of the Islamic group ambushed a unit of American and Niger soldiers. The Pentagon confirmed that, among the victims there was also a contractor, while photos taken by drones show that the wounded soldiers were rescued by a Bell 214 helicopter owned by the Erickson private company. 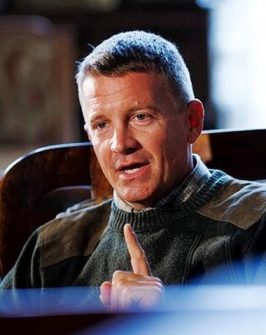 The most famous American ‘warlord’ in the whole continent is still Erik Prince, a former Navy Seal officer, founder of the famous Blackwater Mercenaries and now head of the FSG (Frontier Services Group) based in Hong Kong. FSG operates in South Sudan, Somalia and DR Congo. In May of last year, he made a contract with Sharif Hassan Sheikh Aden, president of the South West Regional Administration of Somalia, to oversee the construction of a port and the modernisation of an airport in the local free exchange zone. Behind this agreement is the China International Trust and Investment Company with whom Prince does business and on whose behalf he sent his men into South Sudan in 2014 to negotiate with President Salva Kiir and protect Chinese oil interests in the Upper Nile region. Prince also enjoys good relations with the United Arab Emirates and manages training structures in the ports of Mogadishu and to the north of the portal area of Berber in Somaliland. 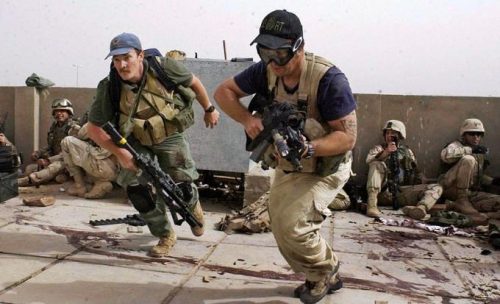 Where Russian and Ukrainian contractors are involved, Moscow is not indifferent. While the Russian parliament debated the institutionalisation of the PMC (Private Military Companies), the first to put troops on the ground was the Wagner private military company, a company that has been the subject of talk ever since the killing of three Russian journalists who were investigating the activities of the group in the Central African Republic, In order to bring pressure to bear on Bangui, Moscow obtained  an exemption from the UN Security Council allowing it to send arms and training personnel to the badly run-down CAR army. This ‘favour’ paved the way for Wagner’s men in Bangui and, for around 300,000 roubles a month, they see to the personal protection of President Faustin-Archange Touadéra, using the property of ex-president Jean-Bedel Bokassa as their compound. In other parts of the country they guard diamond mines. The company also operates in Sudan where Putin aims to construct a naval base on the Red Sea and where, at the request of President Omar El-Bashir, Wagner’s mercenaries are hired for lightening missions in Darfur and in South Sudan. Other private Russian security companies are present in the Libyan region of Cyrenaica. One of these, the RSB-Group, has managed de-mining operations in Bengasi. Russian contractors were also engaged to train the soldiers of General Khalifa Haftar at the Egyptian base of Sidi Barrani, close to the border with Libya.
In the Sahel, in Sudan, in Congo and in Ivory Coast the various Ukrainian companies are active. The helicopters used to evacuate medical personnel of the UN Minusma in Mali were from Ukraine. The Omega Consulting Group offers salaries that run from two thousand to fourteen thousand dollars a month based upon the curriculum and the danger level of the operations. 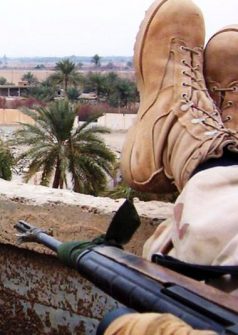 But what do the African governments want specifically? “On the one hand – as Algerian journalist Akram Kharief, an expert in defence and security and founder of the Menadefense Observatory explains – there are those states that are dealing with terrorism but are inexperienced in counter-insurgency such as Kenya, Nigeria or Burkina Faso. Then there are those countries that have no real security forces or in which there is a gap between central power and the army, as is the case in Central Africa or, to a lesser extent, in DR Congo. Those interested in the logistics may consult the agencies in the USA, France or Ukraine. Instead, those west African countries in need of muscle power turn to Ukrainian or Russian companies which later employ both locals and North Africans who speak French”.
China, in the final analysis, offers the low-cost China solutions. The possibility of having a military base available in Djibouti in 2017 has allowed Peking to avoid port controls in Port Sudan (in Sudan) and so increase exports of war material destined not only for Khartoum and South Sudan but for the whole of Africa where today, according to SIPRI (Stockholm International Peace Research Institute), its share of the market is greater even than that of the US (17% vs 11%).
This channel is already creating new opportunities also for Chinese security companies which today number more than five thousand and employ almost 4.3 million people. 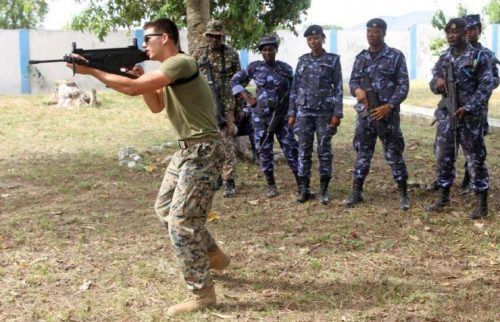 One of the more active among these is DeWe Security Services which, in July 2016, evacuated around 300 employees of China National Petroleum Corporation in Juba, the capital of South Sudan, due to clashes between government forces and rebel militias. In the long run, the Peking option may become more attractive to African governments. Chinese contractors have no great experience but China is flooding Africa with arms and, on average, its ‘security packages’ cost twelve times less than those of any other of their competitors.
Rocco Bellantone