With the initiative of Christopher Kirkley, an American bio-engineer who has become a music producer, the musicians of Mali, Niger and Mauritania can more easily make themselves known. Passion and new technologies.

In sub-Saharan Africa, in the eighties and nineties, music circulated mostly in the form of home-recorded cassettes that were sold in the markets and endlessly copied. That is how the Tinariwen, ‘Rebels of the Desert’, became a legend and their songs played from Tamanrasset to Timbuktu and from Agadez to Ghat.
Today, music travels swiftly from a courtyard in Bamako to Portland on the West Coast of America, thanks to new technologies and the creation of Sahel Sounds, a label that brings the rhythms and songs of Sahelian musicians to the United States and further afield. 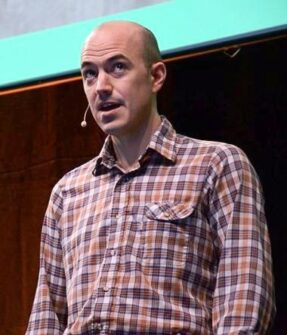 It all began when, in New York in 2008, Christopher Kirkley, a young well-travelled bio-engineer came across a CD by the Malian guitarist Afel Bocoum, a nephew of Ali Farka Touré, an unforgettable exponent of desert blues. He was fascinated by it and vainly tried to imitate the style on his own guitar. He decided the only thing to do was to go to Africa and discover directly the secrets of Sahel music. His two-year journey brought him first to Mauritania and then to Mali and Niger where he listened and recorded wherever he found a celebration, a band or even just a single griot. In a blog, he wrote about all his experiences of life with a family of nomads using music as a means of communication. Once he returned to Oregon, Chris presented the music he had collected during his journey on the first CDs produced by the label Sahel Sounds. At the moment, its catalogue contains 65 titles (at the price of vinyl and $12 for the CDs). Some are sold out such as number one, Music from Saharan Cellphones – a compilation in vinyl of the more popular sounds of Mauritania, Ivory Coast, Mali and Niger – which Kirkley compiled from the recordings on mobile phones. This is how, in fact, the music spread via Bluetooth throughout the villages and tracks of the desert. It was not easy to find the authors of the pieces, obtain their permission to publish them, and pay their quotas. The profits are divided fifty-fifty between the label and the artists. The spread of smartphones made it much easier to make remote recordings in territories that are today insecure due to the presence of terrorist groups. (The most popular musical kermesse, the Festival au Désert, a meeting-point since 2001 among the dunes of Timbuktu of musicians with a passion for the music of the desert, has not been held since 2012, for security reasons).

Bandcamp Platform
“I met Aghaly Ag Amoumine in Timbuktu in 2011 and with him recorded Takamba, a faithful reproduction of traditional rhythms and typical stories of the griot of northern Mali, Kirkley recounts. I was not able to return to the city of the 333 saints and it is difficult to get in touch to make a new recording. However, thanks to WhatsApp and using the mobile phone of one of his nephews, we have started to plan
a new album”. Chris transferred the piece recorded on WhatsApp by Aghaly – perhaps after making a few small corrections – onto the Bandcamp platform that was created in Oakland in 2008 and which brings together thousands of musicians and independent labels such as Sahel Sounds. It is an immense musical bazaar with 5 million albums that are also in digital form, available to those with a passion for all sorts of sounds. On average, they spend more than $20 million per month to download or buy the music of their preferred singers. “This is a great opportunity to break down barriers and allow the artists of West Africa to make themselves known”, the man behind Sahel Sounds who defines himself as ‘a guerrilla ethnomusicologist’ (he has studied neither ethnology nor music) and tells the story of the adventure of his label in the docufilm The Story of Sahel Sounds.
Chris enthusiastically fills several roles: searching for musical talent in Africa, procuring visas, packing and despatching records, organizing tournaments and negotiating contracts with other producers. He also produces films: Zerzura, a fable about an imaginary oasis filmed in the area surrounding Agadez is in the catalogue, together with the albums and the inevitable T-Shirts. He explains: “Sahel Sounds wants to be something more than just a label. I want the artists to feel they are part of a creative team that can ensure resources for their work. 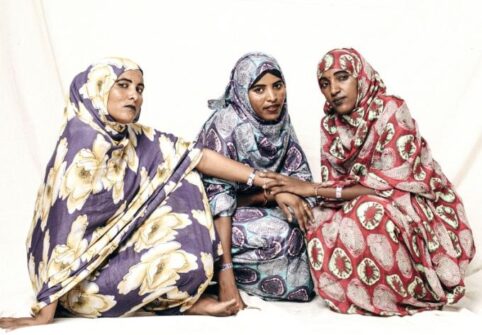 Today, more than ever, it is important to have sub-Saharan Africa hear voices that constitute an alternative to those of the terrorists”. The example comes to mind of Mdou Moctar, a young Tuareg from Abalak in the north of Niger. Taking part in Music from Saharan Cellphones helped him to launch his career as a singer, something he wanted from his childhood when he made his own guitar, using the cables from bicycle brakes for strings.
With Sahel Sounds, he has published five more albums, staking his claim to be one of the more innovative interpreters of Sahel music. Alongside him there is another talented guitarist, Ahmoudou Madassane, who is also working in a female group, Les filles de Illighadad, the first women to perform playing electric guitars (they are usually limited to using traditional instruments such as the imzad and the tindé). The three women, discovered by Kirkley in 2014 in their village (50 km west of Abalak) were helped by him to record two albums and to perform concerts in New York and Detroit leaving their audiences fascinated by their hypnotic rhythms.