The pandemic forced it to close just a week after it was officially opened and did not allow it to reopen until last August. The people’s district of Abobo hosts the first Ivorian museum of contemporary art.

The democratisation of art was taken into consideration when the famous Ivorian architect Issa Diabaté was charged with designing a modern and ambitious building so that the citizens could contemplate and share the various contemporary disciplines.
The imposing structure, a space covering two exposition halls, a conference hall, a dance hall, a media centre, a library, an archives centre and various workshops, was for some time ready to be inaugurated and its doors were opened on 11 March last year.
MuCAT was born but, that very day, the Ivorian authorities confirmed the first case of Covid-19 in the country. Precautions were imposed
and the museum closed. 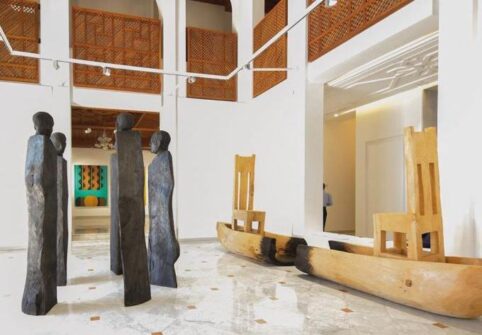 The million or more people of the working-class district of Abobo – known for having been the hiding place of the pro-Ouattara rebels who, in 2010 and 2011, fought against the forces of former president Laurent Gbagbo, and for having looked after a considerable number of street children – had to wait a further four months to see sculptures and paintings for the first time in their lives.
Sixty per cent of the population are under twenty and schools and institutes lost no time in booking visits to the museum which soon recorded an average of 200 visits per day.
“By constructing the first museum in the country dedicated to contemporary culture, my father corrected an anomaly”, said Bintou Toungara last year to the daily Le Monde. The artistic director Yacouba Konaté, who is also director of the festival Market for African Performing Arts (MASA), is committed to reopening the museum and, right from the start, to providing creative assistance to visitors to understand the exhibits and collections of the museum. 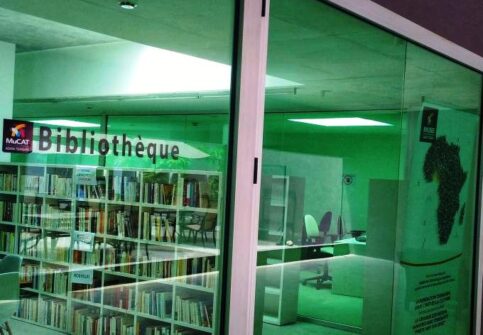 Adama Toungara (whose initials make up the name of the Contemporary Museum, MuCAT), former minister of Oil and Energy, who is one of the major collectors of the country and was mayor of Abobo for twenty years, decided to leave his collection to the inhabitants of the district.
As his descendants emphasise, “Abobo is a nest of artists who deserve to be recognised”. This is the intended purpose of the workshops which provide new creative artists with opportunities to develop their talents. Despite living in a large city, they lack the means to go to the financial district to visit the Museum of Civilisations of Ivory Coast, the largest in the country and where exhibits of their history and traditions are preserved.

Passion for art
Adama Toungara left his passion for art to a community which believed it was worthy of it and this is why his family members have realised his dream – to bring art to everyone interested in new forms of expression – without skimping in the construction of a building with 3,500 square metres of space, with multifunctional sections that make the museum much more than a place of exhibits but also one of encounter and creativity. It is an edifice dedicated to art which will eventually become a bridge between the visitors and the world of culture. 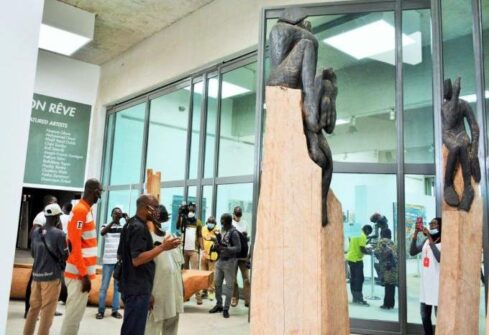 During the first month after it was opened, it was students and researchers who first appreciated that space which is in no way inferior in its structures and media to any European cultural centre whatsoever. This was evident in the social networks of the country where artists and spectators praised every last corner of the MuCAT. This place, centred both upon entertainment as well as education, has as the start of its tour a workshop of storytelling for the younger visitors and a display of portraits of families and anonymous people of the city district which helps visitors to take possession of the space and feel that the MuCAT belongs to them.

Culture as the order of the day
The Ivorian government has given due importance to the MuCAT with the presence, on the day of its presentation, of Dominique Ouattara, wife of the President of the country who made a detailed tour of the exhibitions and saw the possibilities that the spaces in this exceptional centre have contributed to the culture of the citizens. The MuCAT, in fact, is located in front of the Town Hall of Abobo and, in the first months of its existence, generated murals created by spontaneous artists, some of whom were supported by the MuCAT; these can be seen on the facades of many nearby buildings.
The idea is to spread interest in contemporary art, which is not limited just to painting or sculpture but also allows the artists to liberate their imagination in a very limited environment. For this reason, entrance is free and regulations have been established with centres of education to make sure art is available to all. 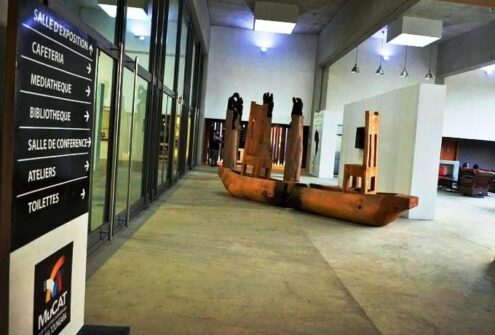 “People said my father was mad and some tried to dissuade him from opening a museum in this part of the city”, Bintou Toungana explains, recalling the determination with which his father had spoken of the project, and of the need to carry it out.
Ivory Coast is following the example of other African states which have important contemporary art museums that have a strong artistic tradition. The idea behind this museum is that those Ivorian artists who had to go abroad for their artistic education and have developed their careers, may have the opportunity to return home and exhibit their work in public places – not only in private galleries – that are accessible to the vast public who feel that art is capable of transmitting experience.