By early 2023, controversial oil exploration will start in protected areas and world strategic ecosystems in the DRC.
This is the last episode of the rush of oil companies inside national parks throughout the continent, pushed by soaring costs of oil exploration in the deep offshore that is taking even more momentum since the beginning of the Ukraine war and the new quest for alternative sources of hydrocarbon.

On the last 28 July, the Congolese government auctioned 27 oil blocks: three in the coast Basin on the Atlantic, nine in the central Cuvette, eleven in and around Lake Tanganyika Graben and four in the Lake Albert region. Three more gas blocks on the Lake Kivu were also auctioned. According to the Ministry of Hydrocarbons, these oil blocks will be awarded within six months whereas the gas blocks will be awarded within three months.
The stakes are considerable. According to the Ministry, the DRC is endowed with a crude oil potential of over 23 billion barrels (3bn in the Coastal Basin, 6.4 bn in the Cuvette, 7.25 bn in the Tanganyika Basin and 6.5 for the Albertine Graben) while gas reserves are estimated to 66 billion cubic meters. The oil bonanza alone represents an estimated value of US $ 450 billion while the gas reserves are worth nearly $ 200 bn at current prices. 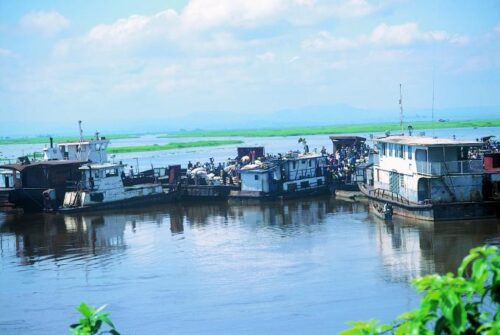 However, the auction has provoked an outcry from environmentalist organizations. According to the Environment Ministry Forest Atlas, nine of these oil blocks overlap protected areas, including a national park, nature reserves, and a mangroves marine park.
Greenpeace Africa and others groups have indeed expressed alarm that three of the blocks overlap with the Cuvette Centrale peatlands, a biodiversity hotspot containing about 30 gigatons of carbon, equivalent to three years of global emissions. Oil drilling could release these immense stocks of carbon, warns Professor Simon Lewis of University College London. Moreover, Block 18, is only 20 kilometres from the Salonga National Park, a World Heritage UNESCO site.
In such conditions, the auction of new oil blocks is “mad”, says Irene Wabiwa Betoko, International Project Leader for the Congo Basin Forest at Greenpeace Africa. “If oil exploitation takes place in these areas, we must expect a global climate catastrophe”, she warns. 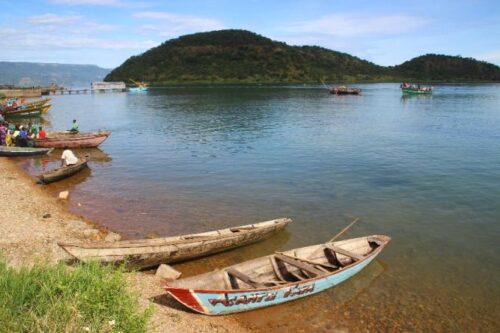 Besides, says Greenpeace, communities whose territory is overlapped by these blocks have not been consulted, about the government’s oil exploration plans. In the Upemba National Park, in the South-East of the country, local chiefs only heard of them from Greenpeace. But the DRC government is adamant to go ahead with the project. In May 2022, it announced its intention to renew memoranda of understanding with the governments of Tanzania and Zambia to allow exploration in Lake Tanganyika, Africa’s largest fresh water lake and in Lake Moero.
The government’s answer to the criticism of the NGOs and local communities has been ambivalent. When he announced the tenders on the 28 July, President Felix Tshisekedi tried to reassure the DRC’s international partners about the government’s determination to carry out exploration while protecting the ecosystems. The Minister of Hydrocarbons, Didier Budimbu, claimed that the drilling techniques that would be applied would be harmless for the environment. In a statement to Greenpeace Africa, the Hydrocarbons Ministry emphasized that no areas inside UNESCO World Heritage sites were up for auction and that overlaps would be restricted to other Protected Areas. Yet, the Congolese law, makes no distinction, in terms of oil exploration, between protected areas in general and World Heritage sites.

“Our priority is not to save the planet”
Clearly, conservation is not the government’s main concern. “Our priority is not to save the planet but to earn more money” declared Budimbu. In this context, the Greenpeace staff received death threats from anonymous callers related to its criticism of the 28-29 July oil and gas auction, told the NGO in a letter to the Inter-Donor Group for the Environment in the DRC.
Such threats are not surprising owing to the climate of hostility against Greenpeace stoked by a statement of the Environment Minister, Eve Bazaiba who described the NGO as an “organization […] full of pathological and unrestrained animosity towards the government” whose staff are “beneficiaries of imperialist backers.” 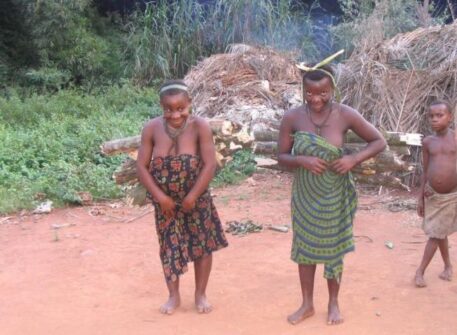 The Congolese government is particularly irritated because Greenpeace sustains that the 28 July auction was illegal since accordingly, some of the calls for tenders issued by the Ministry of Hydrocarbons contain “a flagrant anomaly”. For instance, the Graben Tanganyika call for tenders which refers to the 8 April 2022 Council of Ministers meeting, includes seven blocks which are not mentioned in the meeting minutes.
Unfortunately, the carbon sinks of the Central African rainforest are also threatened by the promulgation on the 31 December 2019 of a production sharing agreement for the Mokelembembe license by the Congo-Brazzaville government which covers part of the country’s peatlands, between the Société nationale des pétroles du Congo (SNPC) parastatal and TotalEnergies.

Macron supports controversial oil pipeline project
In Eastern Congo and in neighboring countries, other initiatives are threatening wildlife sanctuaries.  Despite President Emmanuel Macron’s statements about the need to end the use of fossil fuels, TotalEnergies whose main shareholder is the French state is planning to drill inside the Murchinson national park in Uganda. And this controversial project has even received French ddiplomatic support. In a letter sent in 2021 to Uganda’s president, Yoweri Museveni, Macron described the East African Crude Oil Pipeline which will evacuate the production from the Ugandan field to the Indian Ocean, as a “major opportunity” for both countries. 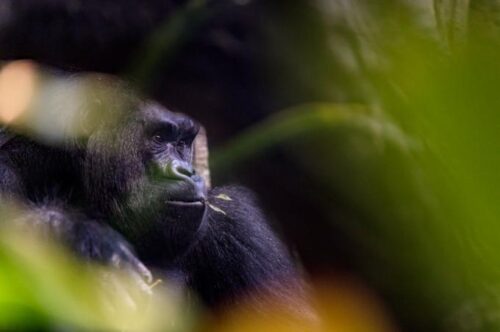 Total plans to drill more than 400 wells on the Tilenga fields in an area which provides habitat to diverse species of birds, giraffes, elephants, pangolins, lions, chimpanzees, buffaloes, hippos, hartebeests, and warthogs. In addition, activists accuse Total Uganda and the subcontractor it hired, to have forced farmers to sign compensation agreements under pressure or intimidation and deprived them of access to their land before compensation was received.
Six NGOs including Friends of the Earth France and the Kampala-based Civil Response on  Environment and Development, warn about the danger of the potential displacement of tens of thousands of Ugandans and massive environmental risk posed by a network of pipelines passing under the Nile river. They also stress that burning the oil that will be produced by the Ugandan fields could release the equivalent of 34 million tonnes of carbon dioxide a year into the atmosphere.

Drilling in the Kavango Basin
In Angola, the government has drafted in 2021 a legislation to allow oil, gas and mining activities in 14 national conservation areas, including the Luengue-Luiana National Park. In the neighbouring Namibia, the Canadian company Reconnaissance Energy Africa, is drilling in the onshore Kavango Basin; and in north-eastern Botswana. Greenpeace considers that the Kavango Basin project is completely incompatible with combating climate change and stresses that it is facing growing opposition from local communities as it affects an environmentally sensitive area which is home to Africa’s largest remaining population of savanna elephants and other threatened species. Oil exploration could also be a threat for the 200,000 people who live in the area, including the First Nations San and Kavango peoples. 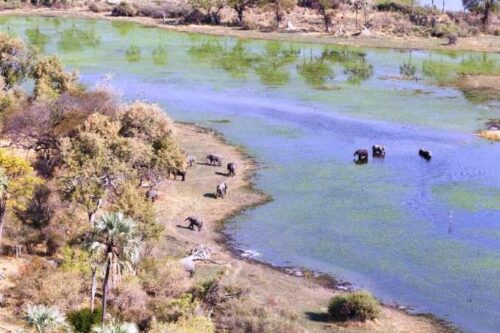 Besides, the use of the controversial fracking technology by ReconAfrica, could provoke irreversible damage to the Okavango Delta since drilling for oil requires large quantities of water and poses risks of pollution of the marshlands and seasonally flooded plains of the Delta, which is the main source of water in the region. Namibian NGO calculated that the project could generate up to 51.6 gigatonnes of CO2, and therefore constitutes a “carbon bomb”.
Extensive oil development would pose also a threat to the abundant wildlife since the license is within the Kavango–Zambezi Transfrontier Conservation Area, which covers 520,000 sq km of Angola, Botswana, Namibia, Zambia and Zimbabwe. Since the Delta is a protected World Heritage Site, in August 2021, UNESCO’ expressed concern about the project. In 2019, the largest protected area of the continent, the Termit and Tin-Toumma national reserve in Niger was also partly declassified to allow oil exploration inside its territory by the Chinese National Petroleum Corporation (CNPC). Despite official claims from all governments to reduce emissions and protect the environment, the assault by oil companies against Africa’s ecosystems is going on. (Open Photo: 123rf.com)