Ashulia and the nearby districts of Savar, Tongi and Gazipur on the edge of the metropolitan area of Dhaka, represent the greatest industrial concentration of the country, the heart of the production of textiles, clothes and accessories much of which is destined for the foreign markets of European and US brands.

However, they are also the scene of what were the worst work accidents in the history of the country. On 29 November 2012, in Ashulia, a fire that destroyed Tazreen Fashion caused the deaths of 112 people and hundreds of workers were burned or inhaled poisonous fumes; on 24 April 2013, the collapse of the Rana Plaza building that housed numerous factories, caused more than 1,129 deaths in Savar. At least 15 workers were killed and about seventy wounded in the fire that, on the following 8 October destroyed the two floors of Aswad Knit Composite, a clothes factory in Gazipur. In this latter case, most of the 3,000 workers had already left the factory at the end of work in the evening, even if the number of victims showed that some workers were engaged in night work, something denied by the companies of the sector, since such work is notorious for being obligatory and often unpaid. 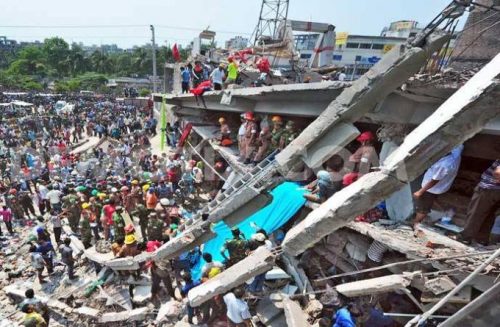 Even after these work-tragedies, as also after lesser events, up to the present, the foreign client companies – which even after the Tazreen fire have published interventions, both directly and through the local government, to improve working conditions and safety – have denied any responsibility, even indirect. On the other hand, grave need is an incentive to migration and a concentration of manpower in the few available production sectors. Among these is the textile sector in which thousands of companies offer a steady income in exchange for 70-80 hours of work per week in places that are mostly unhealthy or dangerous with the constant risk of accidents or abuse.
At the centre of the country’s difficulties and even as regards the prospects of Bangladeshi society, is the low average age of the population, 26 years. This situation make young people a resource, but for families and educators they are a challenge that is all the more acute in the urban areas and especially in the capital Dhaka. Here their dispersion and anonymity is guaranteed by the immense human concentration, by both parents having to work, by the use of the internet, the telephone and TV. Often, and this is seen on the mass media, parents themselves do not know what their children are doing, and children have no dialogue with their parents. Suicides among young Bangladeshis show an increasing weakening of family ties. 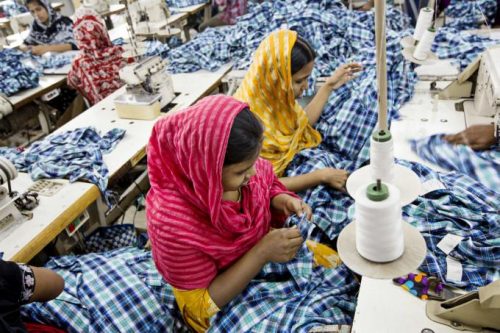 “We may say that young Christians receive more attention than average from their parents and their community. The others, especially here in Dhaka, often grow up alone and so risk taking the wrong path. The dangers are many: drug use, the abuse of the internet and chat, disappearances and fundamentalist involvement. This shows the need for specific activities for young people, starting with a truly formative education that is personal, cultural and professional”. This was emphasised by Father Tushar James Gomes, Rector of St. Joseph’s Minor Seminary in the capital who confirms that Christians too are affected by this situation, even if only marginally.
“As Catholics we have specific programmes at parish and diocesan level. We seek to impart moral teaching, to insert them in communities, to create initiatives that bring youth together. We firmly believe that sharing commitments and problems gives them a positive sense of community and improves their personal prospects”, the educator priests points out. 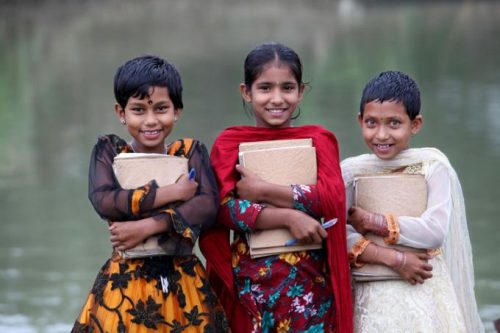 Instruction and commitment are therefore part of the process that the Church proposes to its youth. In a certain sense, Dhaka – the leading city containing a tenth of the population and an enormous part of resources and companies – brings Catholics greater opportunities for involvement and cooperation than the small communities scattered in rural areas. It is estimated that there are 50,000 Catholic living in the city but many of them still have homes elsewhere. Opportunities for work are the catalyst but success is only for the few. There are many candidates for employment as they are qualified with school certificates but competition is fierce and selection by companies is strict.
Usually, the higher the level of studies, the more difficult and arduous is the work.  Again, employment in the informal sector is high and the statistics are optimistic. Finally, emigration provides a safety valve for problems and tensions, but a heavy price is paid at the social level, even by Catholic communities.

The risk of extremism

Bangladesh is often cited as a Moslem country with Islam in its DNA but with characteristics of tolerance and coexistence that render it an example to follow. It may be said that even if there are no rules of exclusion and coexistence is there to be seen, the faith of belonging (or belonging to no faith) may support other instances of prevarication and exclusion. An example of this is pressure on tribal groups (mostly Christians, Buddhists, Hindus and animists) by local Moslem notables in order to gain ownership of their lands and resources.
Apart from that, it is undeniable that the experience of international Jihadism sees in Bangladesh the formation of extremist groups which local groups try to radicalise, and that emerge from Moslem society, especially from among the youth. 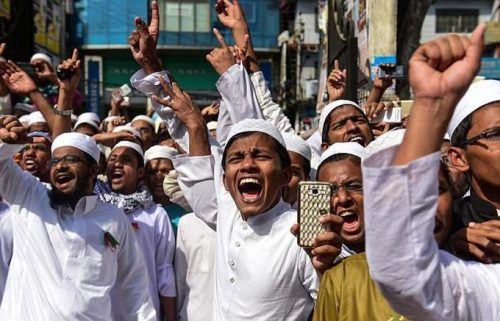 The enquiry into the massacre at the Holey Artisan restaurant in the diplomatic quarter of Gulshan in Dhaka on 1 July 2016, confirm something more than an infiltration by the so-called Islamic State into the country. The situation may be worsened, both by the return of ‘combatants’ from Syria and Iraq, and the creation in the country of a ‘sanctuary’ for armed extremists of the Rohingya minority persecuted in neighbouring Myanmar, and by the refugee crisis on the borders of both countries.In the case of Dhaka, communications in police possession clearly indicate the ‘go ahead’ for Isis to strike foreigners as a prime target. One of the major consequences of greater extremist influence, if confirmed, would be the flight of the multinational companies that at present use local raw materials and personnel for their production. This also explains the constant denial of foreign terrorist radicalisation in the country by the authorities, despite the fact that Islamic Sate claimed responsibility since September 2015 for at least a score of attacks against moderate Moslems, intellectuals and the secular media, foreign citizens and exponents of minority religions. 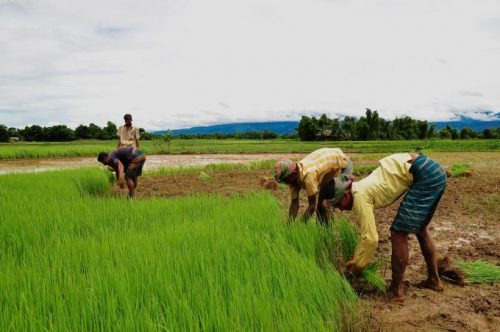 There are numerous local groups influenced by Jihadist ideas such as Jamatul Mujahdeen Bangladesh, banned a decade ago but still active, with the objective of making Bangladesh a country governed by religious Islamic law, the sharia. This would appear to be a retrograde step for the secular policies followed by Premier Hasina Wazed, which have thousands of supporters and are infiltrating the elite also. In support of this there is the adhesion to JMB of one of the alleged terrorists of Dhaka, Rohan Imtiaz, son of a notable of the Awami League, the governing party.