The Bororo belong to the large ethnic family of the Peul, better known as the Fulani, Fulbe, Poular, Fula, and Fellata.

The origins of the Peul are still a mystery though there is no shortage of theories, some rather imaginative, in this regard. One theory, for example, says they came from Mesopotamia, having crossed the Red Sea. Others say they are descendants of a Hebrew-Egyptian group, forced to move south during the Roman conquest. Their language, Fulfulde, is in many ways similar to other idioms of the Dravidian branch and they have even been compared to the nomads of Iran.
However, the more credible version still is that the Peul originated in Ethiopia. About 5,000 years ago, these nomadic pastoralists seem to have expanded from the regions of the Horn of Africa, into North Africa, or more precisely, the Tassili Plateau in Algeria, and then emigrated towards the south west, moved especially by pressure from the Berber peoples (around 3000 AD). 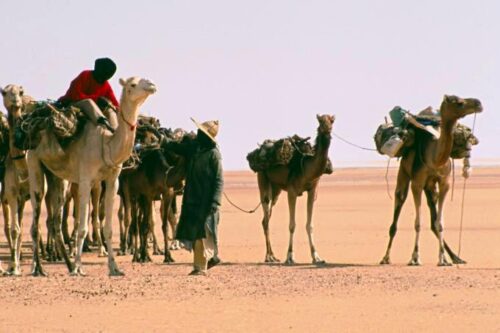 Henri Lothe, the French explorer and ethnographer, in his account of the archaeological expedition undertaken in the fifties into the Tassili desert, examined hundreds of rock graffiti of inestimable historical and paleo-ethnographical value, discovered in the area, and noticed that many of these drawings showed surprising similarities with the somatic and clothing characteristics of the present-day Peul. Others who subsequently studied this rock art speculated on the presence of proto-Peul cultural elements in the region as long ago as the fourth millennium BC. The famous Mali author Hampate Ba, had no doubt about the presence, in some painted scenes, rituals and practices still to be found among the present-day Peul. In one of them, from the Bovidian Period, around, 4,000 BC, he recognised the lotori ceremony, a celebration of the aquatic origins of the ox, once practised by the Peul of the Diafarabe region in Mali, but which fell into disuse due to Islamisation. Another motif depicting fingers, convinced him that he had found a representation of the myth of the hand of the first Peul pastor Kikala. Finally, in a rock inscription found at Tin Felki, Hampate Ba was sure he could recognise a hexagonal jewel, very similar to the ‘Cross of Agadez’, a fertility talisman still used by the Peul women. 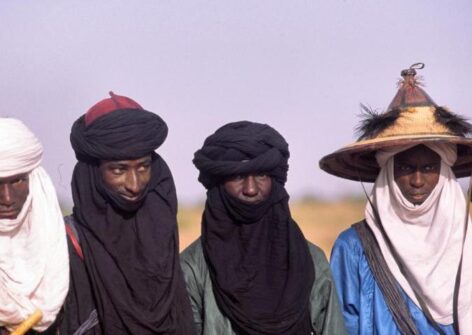 It seems certain, therefore, that the proto-Peul experienced a golden age on the Tallili Plateau in Algeria. Pastor artists like the Peul, in fact, must have been the authors of the many Saharan rock paintings showing water-loving animals (giraffes, hippopotami and buffalos) and very slender human figures. As the meadows dried up and the desert advanced, those nomadic pastoralists must have moved south with their herds and reached the region that extends from southern Mauritania and Senegal as far as Lake Chad.
The expansion of the present-day Peul peoples originated in the region of Futa Toro, which is roughly the territory of the valley of the Senegal River and includes the areas in the north of Senegal and the south of Mauritania. There, from the mixture of Berber pastoralists, Caucasians and sedentary blacks, the Peul ethnic group was born. 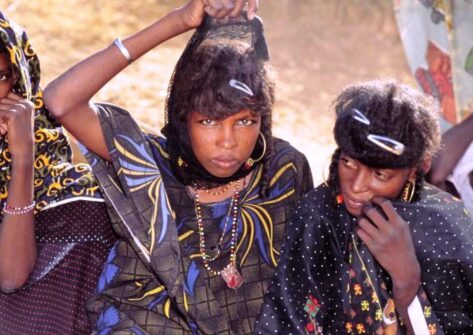 The black Peul gradually abandoned the nomadic life and became herdsmen and farmers. They live a sedentary life in large villages and mostly converted to Islam and mixed with other ethnic groups. Since the XV century, their warrior and conquering elite gave rise to numerous kingdoms and empires, from Senegal to Cameroon. They are the recognised founders of the great Sokoto emirate in Nigeria, after waging a long jihad, or holy war, led by Usman Dan Fodio. Where they did not form the royal family (as in the Hausa sultanates), the Peul held the posts of counsellors, lawyers and court officials. The Berber-Caucasian Peul, physically tall with a straight nose, smooth hair, narrow lips and reddish skin, have always avoided the mixing of blood or any sort of cross-breeding. They have remained pastoralists, very close, both in spirit and in habits, to the great Sahara and Sahel nomads. 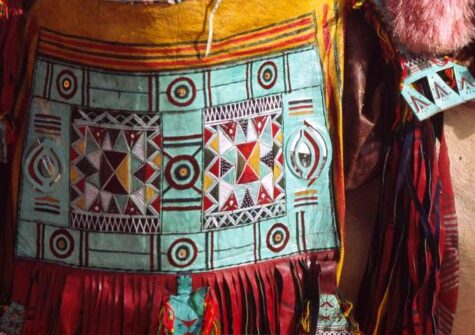 A small minority of this group has kept intact the ancient traditions, moving with their herds among the sunny plains of the Sahel, seeking water and pasture. They are called Bororo, a name which, on the lips of other Peul, means ‘those who do not wash themselves and live in the bush’. They themselves are proud to call themselves Wodaabe (sing. Bodaado), which means ‘the people of the taboo’.
Islam has scarcely touched them. After a somewhat superficial conversion, they returned to their traditional religion (cult of the ancestors, belief in spirit or ‘djiins’). This caused the great Islamic warrior Dan Fodio to be ‘banished’ from the Islamic community; even today, in some Hausa emirates, they are believed to be infidels and are therefore ‘banished’. In turn, the Bororo Wodaabe consider the sedentary populations as their inferiors. They especially despise the black groups of the south which they call by such names as ‘hyenas’, ‘monkeys’, or ‘donkeys’. Mixed marriages with blacks are deplored and described as ‘eating the fruit of the bitter prune’. (F.M.)